Tulare official resigns after arrest for soliciting sex with a minor 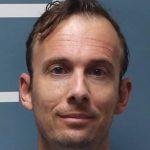 TULARE – A Tulare city official has resigned under pressure from the mayor after being arrested for soliciting sex with a minor.

Chris Harrell, 43, submitted his resignation from the Tulare Board of Public Utilities (BPU) on Friday, Oct. 9 after Mayor Jose Sigala called for a special meeting later that day to remove him from the city commission.

“My hope is that the Mayor and the City Council will understand the spirit upon which my resignation is based. It remains my hope for the future to be able once again to serve the City of Tulare,” Harrell said.

“Today I acknowledged Mr. Harrell’s resignation from the Tulare Board of Public Utilities commission as I have requested him to do,” Sigala said. “His resignation from the BPU will allow for it and the commissioners to move forward without any distraction and assures they focus on providing our residents with the best city services we can provide.”

Harrell was one of 13 men arrested by the Tulare County Sheriff’s Office for soliciting sex with minors on Oct. 5 during a “To Catch a Predator” style sting operation at a Tulare County home. Dubbed “Operation Safe Teen”, detectives with the Special Victims Unit and Human Trafficking Unit created numerous fake social media accounts, posing as a 14-year-old girl and a 15 to 17-year-old old boy. During the two-month investigation, numerous men tried to solicit our decoys and sent explicit pictures to them. The suspects used pedophile grooming techniques, such as offering money and gifts, to arrange to meet up and have sex with the undercover decoys. All 13 men arrived at the home thinking they were meeting with a teenager, only to be met by law enforcement, including officers with the Visalia and Avenal police departments. Also arrested were: Adam Lathrum, 25; Andres Duenas, 34; Alberto Falcon Leiva, 52; Jorge Rojas, 34; Roger Garcia, 21; Usiel Rebolledo, 41; Fernando Jiron-Magana, 45; Fernandon Campos, 43; Alvino Rivera, 22; Kyle Adams, 27; Jesus Gomez, 23; and David Safrazian, 24. Anyone with information on crimes against child is encouraged to contact the Tulare County Sheriff’s Office at (559)733-6218. Or they can remain anonymous by calling or texting (559)725-4194 or through email at [email protected]

Harrell, along with nine other men, were released due to the zero-bail system in effect.

As of press time, no official charges had been filed by the Tulare County District Attorney’s Office.

“Chris Harrell was arrested for some very serious allegations that I join with the community in not tolerating and while I recognize that he has a right to due process and his day in court … This will allow him to focus his time and attention in addressing his legal issues,” Sigala stated last week.

Harrell was nominated by Sigala and appointed by the council on a 5-0 vote on Dec. 18, 2018 and was the chairman at the time of his resignation. The current councilmembers were seated for that decision including Dennis Mederos, Carlton Jones, Greg Nunley, Terry Sayre and Sigala. At its July 2, 2019 meeting, Sigala, Vice Mayor Dennis Mederos and Councilmember Sayre appointed Harrell to also serve as the city’s alternate on the Mid-Kaweah Groundwater Sustainability Agency. Harrell had previously been involved with the Tulare Historical Museum. The museum did not return calls as of press time.

Councilmember Carlton Jones chided Sigala on his personal Facebook page for not removing Harrell from the BPU immediately after finding out about the arrest. He even liked a post that read “How can a mayor of Tulare support a child predator. Vote him out!!! Vote Clara Almeida Bernardo for district 1” with a link to Bernardo’s Facebook page. Bernardo is running against Sigala for District 1 on the Tulare City Council on this fall’s ballot.

“Tulare Mayor Jose Sigala refused to remove one of these Predators from Tulare’s Board of Public Utilities. When Chris Harrell refused to step down, he should have been kicked off,” Jones wrote in the post.

Sigala said he would have removed Harrell immediately for “allegedly putting our children at risk” but does not have the authority under the city’s charter which requires a vote of the city council to remove a sitting commissioner. Under Section 52 of the city charter titled “Board of Public Utilities”, any commissioner of the board “may be removed by the Mayor, subject to the approval of the Council by a majority vote.” Jones said allowing Harrell to resign instead of calling for a vote at the Oct. 7 board meeting was unacceptable.

“Our Charter is pretty clear,” Jones said in an email. “It does not address how to request a resignation.”

Harrell did not address his arrest directly in the resignation letter only saying that “under the current circumstances and the controversy which exists as related to me,” that he did not wish to put his fellow board members and the Public Works Department in a position where they were unable to perform their jobs due to “unwarranted distractions.”

“For these reasons, I reluctantly must step away from the City of Tulare’s Board of Public Utilities and as its current Chairman,” he wrote. “It is important in this regard for me to express to the great men and women of the Public Works Department that you will always have my support, and I will continue to admire all of the incredible work which you do for the citizens of Tulare. Through your efforts, you are truly setting up the City of Tulare for great things presently, as well as in the future, and I am confident that you shall continue to do so.”

Harrell spent most of the letter calling out “certain politicians” and “their supporters” who were capitalizing on his arrest for political gain. “It is a disgrace that these individuals would utilize this situation as political fodder, and intentionally direct that at opponents of theirs who have no personal involvement in the situation,” he wrote in the letter.

He was referring to Carlton Jones, who is running against his father, Steve Harrell for the District 3 seat on the Tulare City Council. Jones took his personal Facebook account on Oct. 7 to insinuate his opponent, who was in law enforcement for 30 years including time with the Tulare Police Department, was corrupt for not denouncing his son’s actions and for his endorsement from the police department.

“This was not a blind accusation, this was a 2 month long sting operation,” Jones posted on his Twitter account. “Like How to catch a Predator. Chris Harrell’s dad Steve Harrell is Sigala’s buddy. He’s an Ex-Tulare cop, endorsed by Tulare’s police chief and Tulare’s ex-police chief. The one who was busted driving drunk in Tulare. Thats what corruption looks like. #SaveOurChildren #PedophileHarrell #TulareUnited. Steve Harrell says ‘we don’t know the facts’. And that there is another side to this story. No Steve Harrell. Tulare County Sheriff Department got it right.”

Steve Harrell said he had not personally read Jones’ post but had been made aware of it by people he knew. Steve made statements in the press that he supported his son and will always support his son but that any criminal charges against him would be settled by the courts.

“In 30 years of law enforcement I never judged anyone. Everyone is innocent until proven guilty,” Steve said. “I am here for my son and I will be there for him in any way that I can.”

The elder Harrell did confirm he, his wife and son have all resigned from positions at their church, the United Methodist Church of Tulare, where Steve said he has attended church for several decades.