TULARE COUNTY – Now that national and state elections are over, with the exception of the last round of ballot counting, a few legal challenges and runoffs, the country can turn its attention away from the candidates and back to the core issues of the campaigns—the economy and the pandemic that has shaped it.

The Tulare County Economic Development Corporation (EDC) held its Post-Election Economic Summit last week and welcomed back Chris Thornberg, founding partner of Beacon Economics. In his post-election prognostication, the economist said there are new faces in high places but not much else has changed. He said the election of Joe Biden and Kamala Harris is good news for the country because there is “more of a chance of pulling to the center” from the parties’ extremes and having a vice president from California should improve communication with the state. 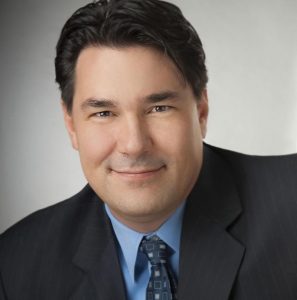 “Democrats lost seats in the House and the Senate may remain Republican, so we will have split control over the nation, which means not a lot of changes in public policy,” Thornberg said.

While the top of the ticket went Democratic, California voters pushed back on left wing controls of the economy. Voters denied propositions to increase property taxes, affirmative action and rent control while approving inheritance protections and the rights of independent contractors and their employers.

“The propositions were fascinating,” Thornberg said. “It shows just how out of touch Sacramento is with the population base.”

Sacramento and the Governor’s office predicted a long, drawn out recovery from the pandemic but most of the economy recovered within three months. Thornberg said April through June was the worst quarter in economic history but was followed by the greatest economic growth in history from July through September. The 33% growth rate makes 2020 the deepest and shortest recession in U.S. history and proof the recovery will be ‘V’ shaped and not the ‘U’ shape many predicted. He predicted service sectors will return to normalcy in the second quarter of next year.

“In the face of massive adversity, people and businesses figured it out,” Thornberg said.

The only reason the recovery isn’t complete is spending on service sectors has not bounced back. Unlike spending on goods, which is higher than before the pandemic began, many services such as restaurants and hospitality remain under difficult restrictions or have been shut down completely.

“When it comes to the economy, the long run still matters and COVID is already fading away,” Thornberg said.

Careful not to make any medical or public health statements, Thornberg did say there is economic evidence that getting through the pandemic is not as simple as shutting down the economy. He said European countries had far more restrictive lockdowns than the U.S. and now their outbreaks are relatively worse. The second surge in the U.S. is hitting harder in places that had low cases through the first surge. And in areas like Tulare County, where the case rate has remained high, there are more cases in younger populations with less hospitalizations and a higher rate of recovery.

“Simply locking down may not be the way to deal with this problem,” Thornberg said.

Tulare County’s estimated 20,000 people still seeking work may find Thornberg’s comments puzzling but the economist points out that employment always lags behind in recoveries. Since a peak in unemployment in April, the nation has seen the fastest decline in the unemployment rate ever. He said those who are truly unemployed, meaning there is no job for them to return to, only represent about 2% more than last year’s numbers. The majority of the unemployed were temporary layoffs because the business was closed or has only partially reopened.

“It looks like another year of this before we are out of it completely,” Thornberg said.

Small businesses were the hardest hit economically by the pandemic. Thornberg said just under a third of small businesses have not reopened and many of them won’t be able to payback months of rent. The good news is most small businesses were profitable last year, meaning those people will probably close those businesses but reopen others. There is already evidence of that in Tulare County where fictitious business name filings have increased dramatically in the last year, possibly fueled by a need to replace lost income, to fill a need created in the pandemic or simply to start a new venture once the economy reopens.

“It’s still a time of turmoil but you can see the roots of recovery,” Thornberg said.

“When you give a lot of people money and can’t spend, you aren’t creating a surge in stimulus,” Thornberg said. “Instead, it goes right into the banking system.”

Thornberg said total spending was only down 3.2% yet the federal government dropped interest rates to near 0%, is giving out more unemployment checks than there are unemployed people, and has flooded the market with a 20% increase in printing money. That’s 6% higher than the money supply growth that happened before the 1973 recession.

“We are running down a path to inflation at breakneck speed,” Thornberg said. “This is kind of scary.”

Instead of pushing more money to consumers, Thornberg advocated for more money to help cities and counties who have either paid the price for the pandemic up front or will soon with a possible dip in local sales tax revenue.

“It’s time to empower local governments to fix their particular problems,” he said.

There is hope for local governments who have seen property values not only hold but increase during the pandemic. Tulare County has seen a downturn in the number of home sales but prices have increased due to tight inventory. Developers are moving as quickly as they can to provide more homes as evidenced by a large increase in single family housing permits so far this year.

“A lot of folks are looking at homes with low interest rates and a bunch of money in the bank,” he said.

Non residential permitting is also better than last year and commercial rents continue to go up. The pandemic also revealed companies don’t need as much office space as they used to. Allowing employees to work remotely reduced overhead, and in some cases increased efficiency. Companies increased their digital presence, improved e-commerce functions and introduced their products to new markets that may not have discovered them otherwise. Conversely, it also reinforced the need to work in the office more times than not for collaborative efforts, printing and training.

“After two weeks of working from home, I think a lot of people realized ‘this isn’t quite as much fun as I thought’,” Thornberg said. “No one wants to be stuck in their home all the time.”

During a brief question and answer session, Thornberg was asked if young adults concerned about the post-pandemic economy should still place a premium on education. He said getting a good degree is still the best investment anyone can make as long as it’s in a field that promotes problem solving.

“Math, chemistry, engineering,” Thornberg said. “In those fields you learn to solve problems.”