First of three Thursday open house events kicks off with the Grinch, shopping

EXETER – Governor Gavin Newsom’s update on the ICU capacity-based stay-at-home order—now in effect in the San Joaquin Valley region, including Tulare County—didn’t stop shoppers from showing out Dec. 3 at the first of three Thursdays of Exeter’s holiday open house events.

Sandy Blankenship, executive director of the Exeter Chamber of Commerce, said the first of three Thursday open houses is typically more of a social event.

“I was pleased to see a good crowd, not as big of a crowd as we typically have, but a good crowd nonetheless,” Blankenship said. “I’m just hoping that a lot of people actually did shop last night; it was still good to see everyone out and they seemed to be enjoying themselves.”

Matt Barcellos, longtime Exeter resident, stopped by Mixter Park with his wife and three young children to see the lights after picking up their family Christmas tree from Save Mart. In his letter to the editor – published on Opinion this week – Barcellos said, “as much as this town has grown for the better over the last 30 years, the Grinch Street event held Dec. 3 in downtown Exeter was a significant step back with regard to progress.”

Barcellos said he and his family did not leave their car, but watched the crowds gather with disappointment.

“As we sat there staring out our windshield, we were dumbfounded by the amount of people walking around not minding the social distancing recommendations, and on top of that, the majority were not wearing masks,” Barcellos said. “Our three young children were wondering why they couldn’t get out of the car, why they couldn’t interact with the Grinch or Santa Claus, because after all, ‘everyone else’ was doing it.”

Barcellos said he and his wife had to remind their children again that the world is currently experiencing something it hasn’t seen in a very long time, and that it’s their moral obligation to the ones they love that they not inadvertently put them—or themselves—in harm’s way.”

“Were they upset? Absolutely. What 9-, 7- and 4-year-old wouldn’t be? But we are their parents, and it is our job to sift through the good and bad decisions, and then help them understand the choice(s) we’ve made for them,” Barcellos said.

Sally Brewer, owner of Exeter’s Book Garden—the only independently owned bookstore in Tulare County—and Exeter Flower Company, said despite the open house being a bit more informal and less organized this year, she was pleased to see the high turnout.

“The town and people around town from other cities, they showed up,” Brewer said. “It’s early, so there was a lot of looking and not as much buying, and I think we all anticipate that people will kind of look over what you’ve got and think about it, then hopefully they come back. But it was a good turnout, we were pleased.” 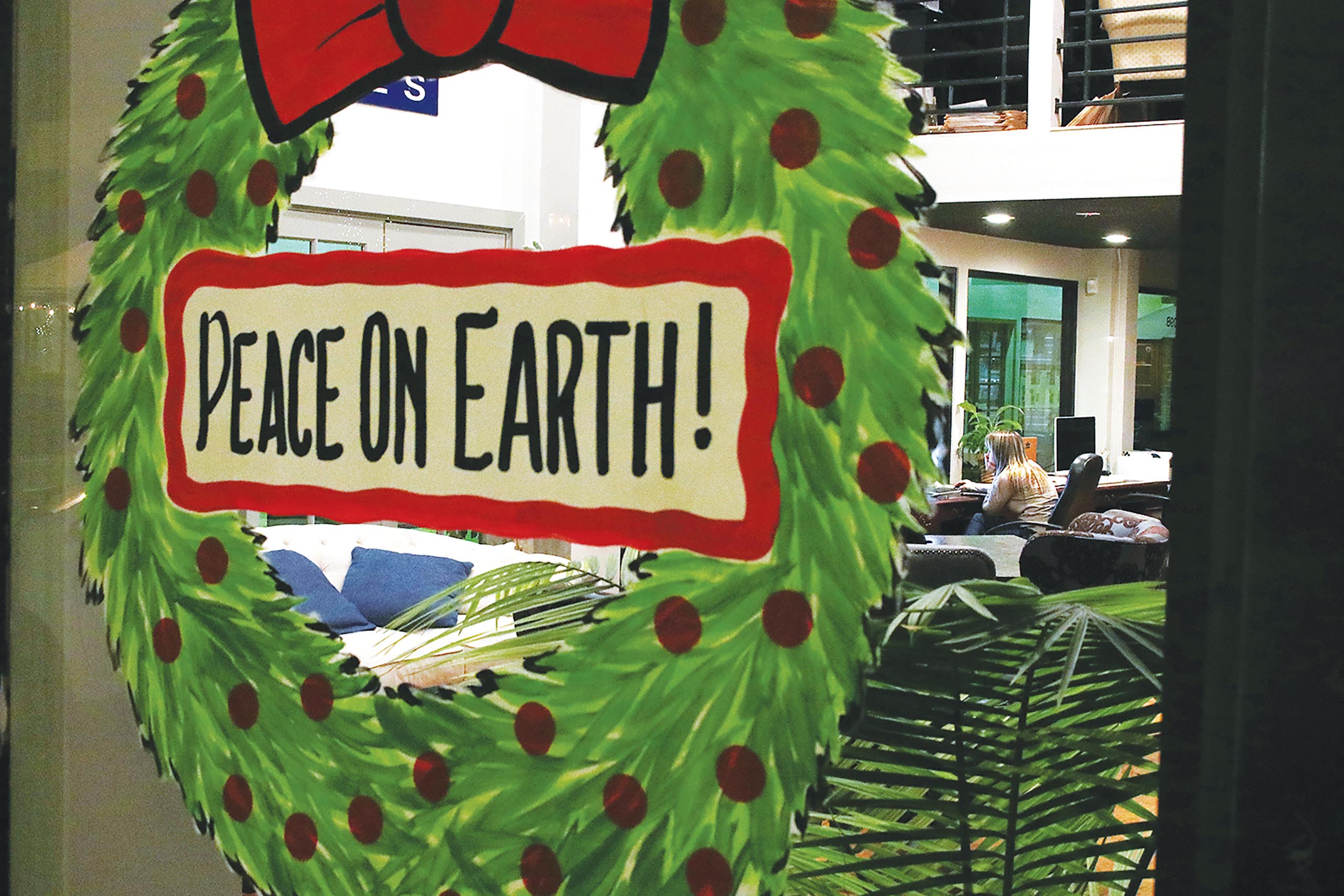 Little business in downtown Visalia was being conducted on the first Thursday in Visalia in light of COVID-19’s resurgence in the county.Photos by Ben Irwin and Reggie Ellis

Brewer said the open house was an important night for the businesses down Pine Street.

“It let people know that the Exeter merchants in the downtown area are open,” Brewer said. “Given the circumstances that we’re living in, that’s important to let people know we’re here.”

Small businesses have been hit particularly hard by the strains of the pandemic, with the state projecting in August at least 44% of small businesses being at risk of shutting down. Brewer said the flower shop has been able to stay afloat thanks to their contactless delivery and call-in orders, systems the flower shop had some prior experience with.

“We’ve really had very good luck, no problems doing it that way, people are very understanding about the methods,” Brewer said. “I can’t believe it’s been eight months—really shocking—that we’ve been operating on a different wavelength, if you will, for that long. We have a delivery system set up, we’re prepared to have a website people can shop on. For a lot of small businesses, that’s not how they’ve operated. It’s been people walking in the door.”

The stay-at-home order for the San Joaquin Valley region—encompassing 13 counties including Tulare County—went into effect Sunday at midnight, which limits retail shops to 20% capacity. Brewer said from her perspective as a small business owner, she sees a bit more flexibility in the governor’s response.

“I think that they’ve recognized that a lot of the businesses that have been injured badly have been the small businesses, and I think it feels like I’m seeing an effort to not do that harm anymore,” Brewer said, “but we’ll see. A lot of people are pretty cynical about what’s going to happen.”

Blankenship said they plan to continue with the following two Thursday open houses, as long as the state allows them to do so. She said the open houses provide a nice opportunity for folks to shop with their families and do Christmas shopping at businesses that are normally closed fairly early.

“We really need to look to support our local businesses. They’ve had a very, very hard year, and they were closed for several months early on,” Blankenship said. “I think it’s imperative that we support them through the Christmas season and beyond, because we want them to be there next year. Some businesses are even going to be open Friday and Saturday evenings as well as Thursday evenings, so [people] have plenty of opportunity to shop safely and without a huge crowd.”

Barcellos said the upcoming Thursday open houses in Exeter through December will be an opportunity for public entities to show how they feel about the health and safety of their constituents.

“My hope and prayer is that you do and be better the next time something like this happens,” Barcellos said. “The chamber of commerce, City of Exeter and the Exeter Police Department should be acting in unison to protect the best interests of its residents at all times, unafraid to exercise the authority and power they’ve been granted by those same residents.”