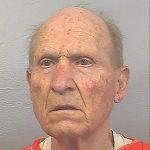 KINGS COUNTY – The man known as the Golden State Killer will live out the remainder of his life just 30 miles from where his history of horrifying crimes began more than 45 years ago.

Last month, Joseph James DeAngelo Jr., aka the Golden State Killer, was transferred to Corcoran State Prison where he will serve out 13 consecutive life sentences.

After being sentenced to life without the possibility of parole on Aug. 21 by a Sacramento County Superior Court judge, DeAngelo, 75, remained in Sacramento County Jail until Nov. 3, when he was transferred to North Kern State Prison. According to California Department of Corrections and Rehabilitation (CDCH) public information officer, Terry Thornton, DeAngelo was processed at North Kern and evaluated by a counselor for permanent placement based on a variety of factors including the crime, arrest and criminal history, trial and sentencing documentation, medical and mental health needs, custody level, time to serve, notoriety, safety concerns and other factors. 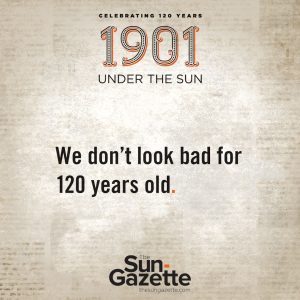 Thornton said DeAngelo was transferred to Corcoran on Jan. 26. He is in the Protective Housing Unit which houses inmates whose high notoriety has caused public interest in their cases and who require exceptional placement.

“The unit houses inmates whose safety would be endangered by general population housing,” Thronton stated in an email.

Tulare County officials with the District Attorney’s office were initially uncertain where DeAngelo would be placed after being sentenced this summer. DeAngelo was forced to hear, admit and plead guilty to a slew of charges in a Sacramento State University ballroom in June. And then listen to his victims and his victim’s loved ones for four days in August. By Aug. 21, Judge Michael Bowman sentenced DeAngelo to 13 consecutive life sentences.

“The court is not saying that Mr. DeAngelo does not deserve to have the death penalty imposed. It merely means the court feels it will never come to pass,” Bowman said. “Mr. DeAngelo will spend the rest of his natural life and ultimately meet his death confined behind the walls of a state penitentiary.”

Corcoran is the closest state prison where DeAngelo could have been placed. DeAngelo began his serial criminal behavior in 1974 in nearby Visalia while serving as a police officer in the city of Exeter. As the Visalia Ransacker, DeAngelo burglarized 100 homes between April 1974 and December 1975, culminating with the attempted kidnapping of Beth Snelling and the shooting and killing of her father, COS professor Claude Snelling on Sept. 11, 1975. The Visalia Ransacker crimes ended with the shooting of Visalia Police Detective Bill McGowan, whose task force was closing in on DeAngelo. Shortly after the incident, DeAngelo took a job with the Auburn Police Department in 1976 about the same time the East Area Rapist committed more than 50 rapes and murdered two people until July 1979 in and around Sacramento County. DeAngelo went on to kill 10 more people in Southern California as the Original Night Stalker from 1979 until 1986.