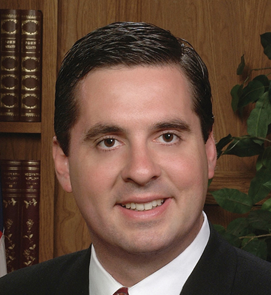 The subpoena was first issued under the Trump administration, and court documents show that Twitter attempted to quash the subpoena before the Joe Biden administration withdrew it in March. Whether the congressman’s office had known the Trump Department of Justice issued the subpoena is unclear as Nunes’ office did not respond for comment.

The Sun-Gazette reached out via email to communications director Jack Langer and asked whether Nunes was aware the Justice Department had sought the identity of those account holders; and if he did, was there any communication between the congressman’s office that led to the subpoena? 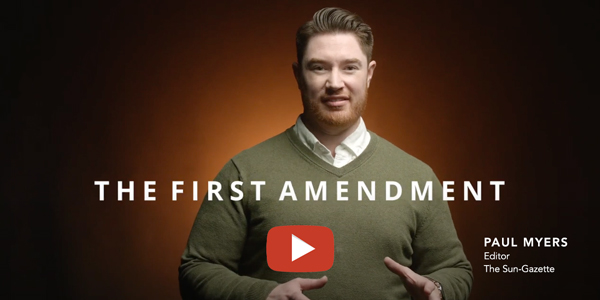 According to the documents the subpoena was searching for the identity of the Twitter user @NunesAlt. Twitter argued that, “under the first amendment, the government cannot compel Twitter to produce information related to the account unless it ‘can show a compelling interest…and a sufficient nexus between the subject matter of the investigation and the information it seek[s].’”

Twitter went on to say that the subpoena may be related to Nunes’ effort to “unmask” other accounts behind parody accounts critical to him.

“His efforts to suppress critical speech are as well-publicized as they are unsuccessful,” the document states. “He recently sued Twitter, attempting to hold it liable for speech by the parody Twitter accounts @DevinCow, @DevinNunesMom, @fireDevinNunes, and @DevinGrapes and asking the court to order Twitter to disclose information identifying those accounts.”

That suit was dismissed last June but the documents state there may still be an active lawsuit against the Twitter users @DevinCow and @DevinNunesMom. Twitter went on to argue that Nunes’ previous attempts to force the platform to identify users indicates the subpoena is yet one more bite at the apple.

Previously, in March 2019, the Twitter account @DevinCow grew to national acclaim when Nunes sued Twitter and the anonymous user of the account along with other parties. In the complaint Nunes filed in the state of Virginia he claimed $250 million in damages. According to the court documents Nunes quoted the parody account’s tweet, “calling Congressman Nunes, for example, a ‘treasonous cowpoke,’” as support for his allegation that there was a coordinated defamation campaign against him.

Supporting their argument further, Twitter pointed at Nunes’ litigious recent past. Under the document’s “factual background” heading Twitter identifies several lawsuits Nunes has initiated. They noted the suit against a farmer and three other people for their efforts to petition the California secretary of state barring Nunes from calling himself a “farmer” on the 2018 November ballot.

Twitter added that Nunes had sued a research firm and a Democratic non-profit group for allegedly attempting to interfere with his investigation into Russia’s intervention in the 2016 election by leaking the “Steele Dossier.”

They noted that Nunes sued the McClatchy Company for stating the Congressman Nunes had a financial interest in a winery that one of his employees had sued for being asked to work during a yacht sex party. And they added that Nunes sued Hearst Magazines, Inc. a journalist who published an article stating that Congressman Nunes’ family dairy farm in Iowa is “hiding a politically explosive secret”—that it hires undocumented workers.

Twitter argued that users have the right under the first amendment to anonymously post on the internet. They added that the only way to compel Twitter to hand over the user’s identity without undercutting freedom of speech is to clearly show why they need it.

“[T]he government has not informed Twitter of the specific reason for identifying the user behind the account, Twitter respectfully submits that based on the facts known…the government may not be able to demonstrate any ‘compelling interest’ in its effort to unmask the account,” the court documents state.

Twitter argued that @NunesAlt “appears to be engaged in clear first amendment activity, discussing stances on current events, government policies and on elected official in particular.” The documents point to one recent post on Jan 26 that comments on the “Discouraging Frivolous Lawsuits Act.”

“Take for example the tragically ironic Discouraging Frivolous Lawsuits Act [Nunes] sponsored. Its entire purpose is to intimidate ordinary citizens from suing Big Ag [companies] when they pollute the water. He’s not even smart enough to write the bill himself,” the @NunesAlt post stated.

In a Feb. 9 post the account posted an image of Nunes with the text “Believe in conspiracy theories. Even if there’s no evidence,” across his face.

The court documents identified a similar case about former congresswoman and presidential hopeful Michele Bachmann where the court decided to move forward with a subpoena seeking a user’s identity.

“This court denied the user’s motion to quash the subpoena on first amending grounds after concluding that the Tweet was a…threat,” the court documents stated. Twitter went on to say that the account in question had only 736 followers and the decision was made after the court characterized the account as, “occasionally political but consistently vacuous…and entirely without merit, comedic or otherwise.”

However, Twitter noted that the court cautioned about a slippery slope. They said that the court did not want their ruling to be interpreted as a license to permit the government to, “subpoena any website any time any anonymous user made any post containing a mere scintilla of violence.”

“Twitter is concerned that the subpoena may slide down that slippery slope, and at this stage, it differs in material ways from the Bachmann case,” the court documents stated. Twitter went on to say that the Nunes case is not like the Bachmann case because the government will not disclose the nature of the alleged threat under investigation, and “the account appears to be devoted entirely to political parody with an audience of over 100,000 followers” unlike the “fringe” account in the Bachmann case.

Twitter also appealed a “gag order” related to the subpoena. The social media platform challenged the nondisclosure order, “gagging twitter from notifying the [a]ccount for the existence of the [s]ubpoena. Twitter argued that the court should do away with the gag order on first amendment grounds.

According to the court documents Twitter stated that the gag order “fails to pass strict scrutiny because of the government has no compelling interest in preventing the Twitter user from even knowing about the subpoena that may infringe on his or her first amendment right to anonymously criticize a politician.”