LINDSAY – Victor Cisneros left a lasting impact on his community, and he did so before turning 21 years old. Last Wednesday, a few hundred people showed up to honor the late Cisneros at the Legend Candlelight Walk in Lindsay, before he was laid to rest on Thursday.

Cisneros passed away on Monday, June 21 after drowning in a river near Potwisha Campground at Sequoia National Park. Cisneros had spent the day playing in the river with his younger brother and sister. Toward the end of their trip around 6:15 p.m., his younger brother began to drown and Cisneros jumped in to save him. He was able to push his brother to safety but began to drown himself. He was pulled out of the water by bystanders and responding park rangers began to perform CPR to no avail.

Marchers remembered Cisneros for running track and cross country at Lindsay High School before graduating in 2019. He went on to run cross country at College of the Sequoias where he was a member of the team before his death.

A GoFundMe account was set up the next day to help his family with funeral expenses, and it raised over $17,000. On the day before he was laid to rest, his viewing was held at his home in Lindsay. It was followed by the walk where community members, teachers, classmates and students from neighboring communities walked down the street in front of his house with candles and signs to honor the fallen runner. According to Anthony Gonzalez, Cisneros’ trainer and boss at G-FIT Lifestyle in Lindsay, the large turnout showed the lasting impact he left in the lives of so many people.

“These hundreds of people that showed up were here for a reason, because he somehow in a way rubbed off and touched their hearts,” Gonzalez said. 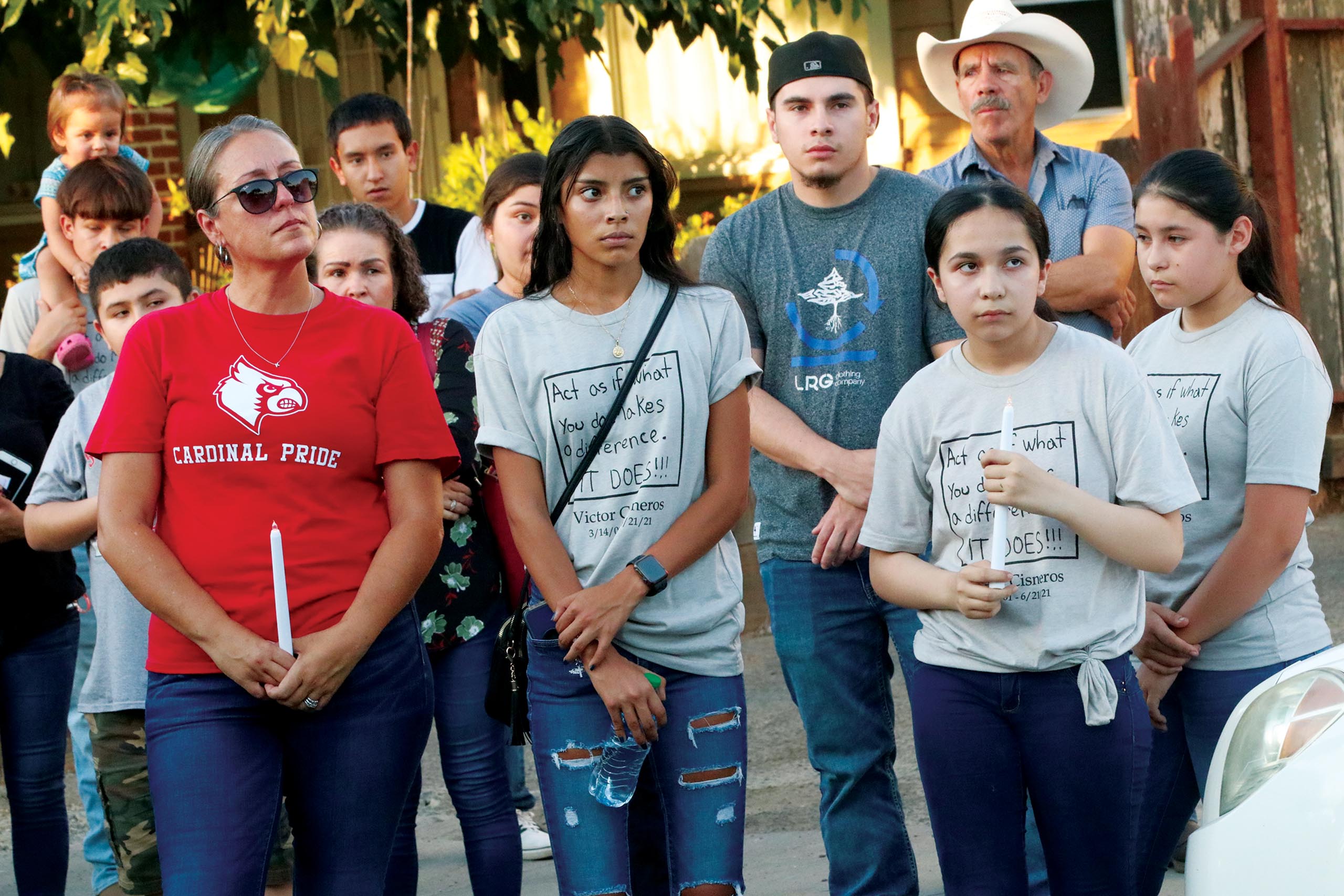