The KNP Complex Fire is 55% contained, cool and wet weather expected to help quell flames on the east side of the fire

TULARE COUNTY – With the Windy Fire nearly behind us, the KNP Complex Fire is drawing much more attention in Tulare County. Fortunately weather patterns have cooperated and helped tamp down the flames.

According to California incident management team 2 fire behavior analyst, Dennis Burns, Sunday saw a moderate increase in the fire’s behavior. However, the western flank of the fire is holding well in “mop-up and patrol status”, and suppression repair is progressing. While the fire is 55% contained as of Monday, Oct. 18, clearly most of that containment was on the west side. 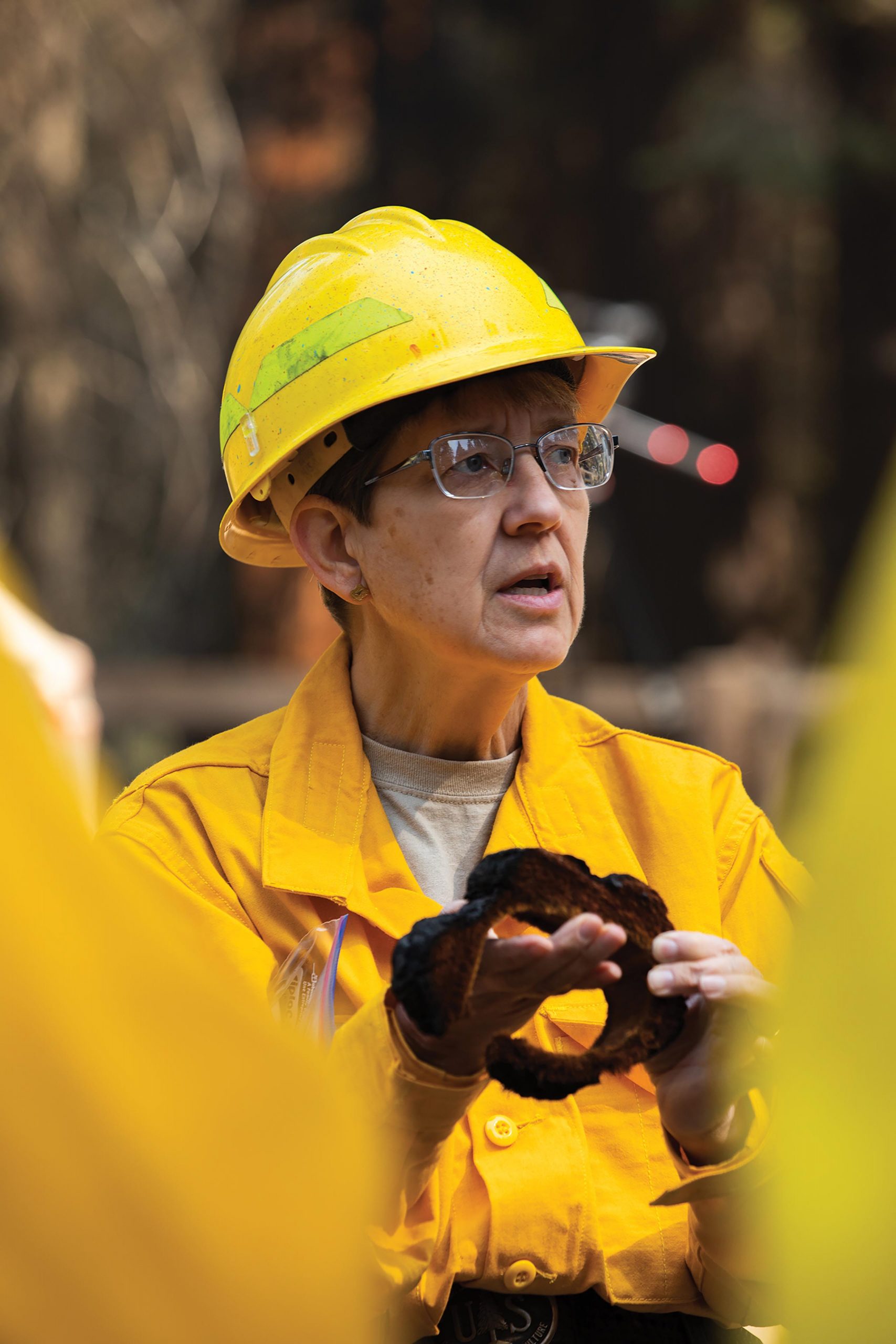 On the east side, heavy burning fuels by the Dorst Creek Cabin were suppressed by some assistance from aircraft and the fire was successfully held back. Below the Giant Forest, a flanking run along the rim created some hot spots between the top of the rim and the High Sierra Trail. The fire is expected to go back down to the trail where it will receive additional mop-up attention.

At Redwood Meadows Patrol Cabin, structure protection measures were taken and were reassessed on Monday. As anticipated, the fire progressed toward Mineral King Road, and a firefighter assisted in successfully escorting several residents out of the valley who had prior authorization to enter. Moisture arrived early Sunday morning and brought higher humidity, which is expected to remain for most of the week.

So far the KNP Complex Fire has burned through just over 88,000 acres. Added to the Windy Fire that began in the Tule River Reservation in last month’s lightening storm that ignited both fires, the total is 185,622 acres.

At this time, Sequoia National Park is still closed to the public. Sheriff Mike Boudreaux, the National Park Service and the U.S. Forest Service reminded everyone the National Forest and Sequoia and Kings Canyon National Park are going to remain mostly closed as fire personnel and heavy equipment are still traveling throughout the area.