TULARE COUNTY – In the face of deepening drought in October, the East Kaweah Groundwater Sustainability Agency (EKGSA) passed an emergency groundwater allocation policy, and for the first time ever, the Tulare County area’s farmers were given limits and fines for how much water they can pump out of the increasingly parched ground.

EKGSA governs water for much of the eastern portion of the Kaweah Sub Basin, which includes the towns of Lindsay and Strathmore, and the Exeter and Ivanhoe irrigation districts and the farmland that surrounds them. Michael Hagman, EKGSA’s executive director said even in wet years and the rain in late 2021, they just aren’t seeing wells recovering.

“This is sort of our first attempt at teaching people how to live within the workspace we have, with the amount of water we have,” Hagman said. “We’re having severe challenges with well recoveries.”

Under the new emergency policy, assessed landowners in the East Kaweah area will be allowed to pump 0.85 acre feet of water per acre of land. Hagman said that number represents a calculated allotment of the native water supply: water that’s going into the ground from natural or native sources—stream percolation, rain and mountain course inflow—that’s owned by everyone and no one.

“That number is just, ‘This is how much water is available. This is how many acres are paid in assessment. Everybody gets 0.85 acre feet that pays assessment,” Hagman said. “That’s ticket number one. The next two are really digging into somebody else’s water or digging into historical remaining supplies.”

Pumping past the 0.85 acre-foot allocation is broken into Tier 1 and Tier 2 penalties at 0.30 and 0.50 acre feet respectively. The two tiers represent water from actors, Hagman said, meaning somebody has taken action to put the water there, like taking surface supply for recharge or over irrigation. Hagman said those waters are owned by the actor.

“If you think about East Kaweah as one big reservoir…if there’s only 0.85 acre feet, and you’re a person who has been using three acre feet per acre, that means you’re taking somebody else’s water supply,” Hagman said. “Ultimately, we’ll probably charge people on those two [tiers], but right now we’re not. [Currently] when you exceed the combination of all three [allocation benchmarks], you’ll be charged $500 an acre-foot…frankly, it’s not enough, but it’s what the state allows us to take.”

Hagman said the 0.85 acre-foot allocation is more than East Kaweah typically uses in a year, but is less than they’ve used in their worst case scenario—2021 for instance, where the area only recorded three-and-a-half inches of rain, most of it coming in the last month of the year.

0.85 acre-feet is the number needed for a net zero gain or loss on groundwater, based on the number of assessed acres in the area. Any pumping above that number is considered overdrafting. Currently the only time wrists are slapped is for pumping over 1.65 acre-feet, a combination of the 0.85 and T1 and T2 penalties. As the policy stands now, there’s no real incentive to stay within the 0.85 acre-foot allocation, and any ground made up by attempts at conservation can be crushed by overdrafting farmers willing to pay the fees or buy out the less-profitable competition.

Almonds and pistachios, two of the most lucrative crops in the Central Valley, also happen to require a lot of water to grow. Hagman said the two cash crops can take three to four acre-feet of water per acre, not even in the same universe as EKGSA’s new allocation policy. 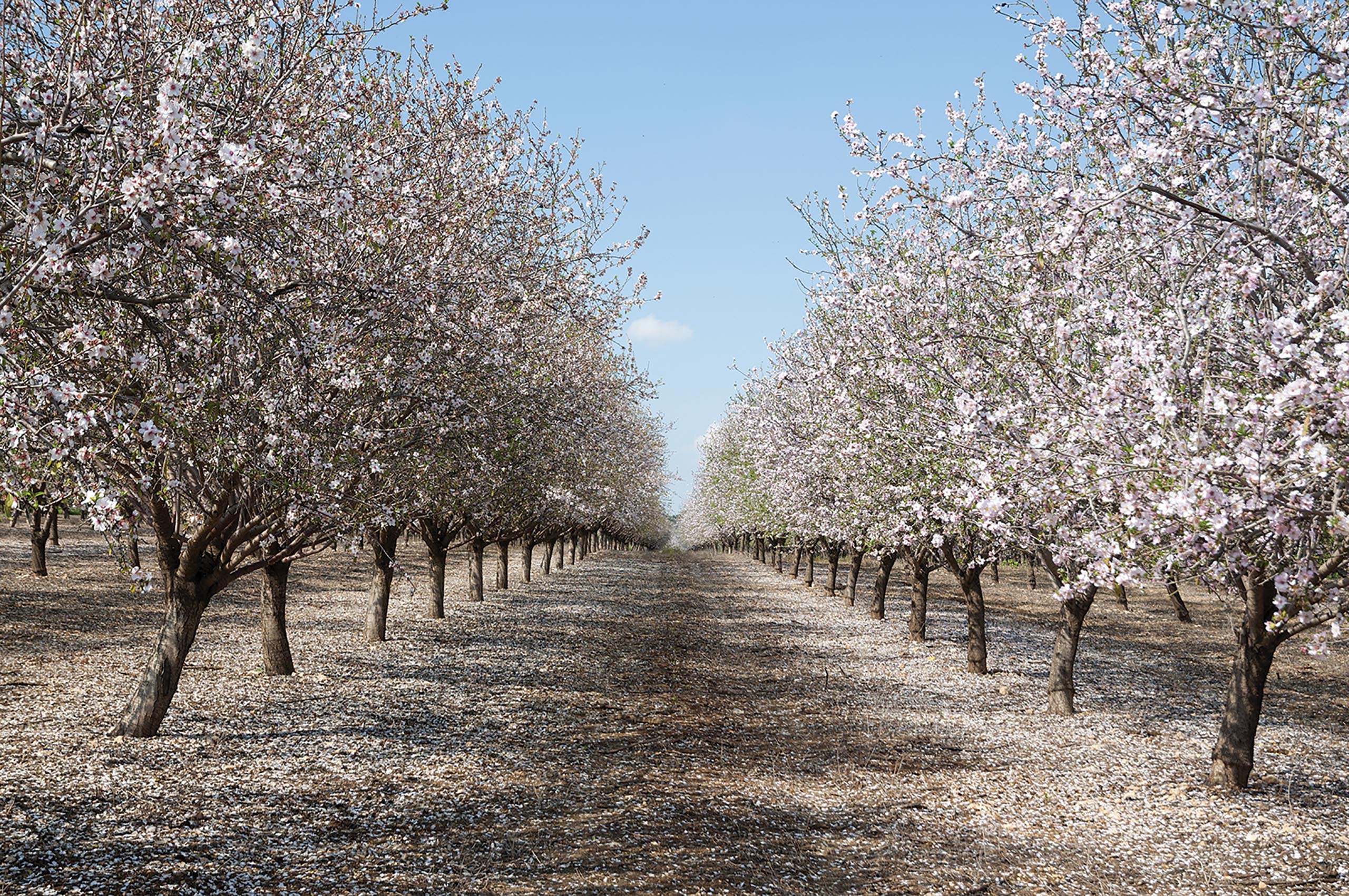 Tulare County produced over $350 million in water-intensive almonds in 2020, down from over $420 million in 2019.Adobe Stock

So why not grow different crops? Because money, that’s why.

The United States Geological Survey says the Central Valley grows a quarter of the country’s crops, but the local picture in Tulare County looks a bit different. In 2020 Tulare County boasted a $7.1 billion ag industry, but exported over nine times more product to Korea, China, Japan and Mexico than out of California to the rest of the United States. All the while, water, arguably the most valuable resource on earth, has been pumped out of the ground with impunity by Central Valley farmers.

Almonds and pistachios and less water-intensive citrus like the Japanese Sumo and UC Riverside-developed Tango make up an enormous share, over 50%, of overall gross production value and exports in Tulare County. The crops also have extremely high yields at upwards of $25,000 an acre.

Dairy farmers use a lot less water, but also yield much less per acre, about $2,000, Hagman said. Milk is currently the leading single commodity in Tulare county with a 2020 gross value of $1.9 billion, but that could soon change if more GSA’s adopt water allocation policies. EKGSA’s policy enables the cash flush, water parched nut and citrus farmers to take the slap-on-the-wrist fines and buy out the dairy farmers for their much needed water allocations to keep the cogs of capitalism oiled.

Pistachios are generally on a seven-year timeline to turn profit. Hagman said those who planted after the Sustainable Groundwater Management Act was passed in 2014 are now scrambling for water under the sudden allocation. A few large, wealthy corporate farms corner most of the pistachio market, and will undoubtedly look for ways to keep the cash coming in.

But at the end of the day, who’s really hurt most is the people of Tulare County and the Central Valley who need drinking water from the same source to survive. Ag wells generally run hundreds of feet deeper than domestic wells, and communities like Tooleville within EKGSA have already seen their water supply run dry after a brutally hot, dry summer last year. Over a thousand domestic California wells ran dry in the 2012-2016 drought that spurred the passage of SGMA and the formation of GSA’s. Experts fear the current drought could be much worse.

“This is a terrible condition we’re in, and we’ve just got to move forward,” Hagman said. “We really don’t have enough rules for them to go off of. I just keep telling folks this first year is a wild west year, hang in there, take your vitamins and wear your seatbelt. Let’s be patient, we’ve got to learn how to operate under this new paradigm.”