PORTERVILLE – A Porterville man found guilty of domestic violence that resulted in great bodily injury to the victim received a suspended sentence and will likely face zero jail time. 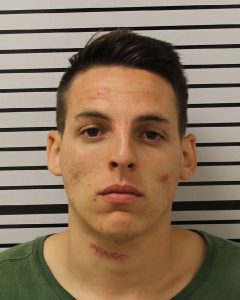 Dylan Snow, 26, was convicted on Nov. 4 of felony corporal injury to a spouse or girlfriend with the special allegation that the act caused great bodily injury. On March 21, the court sentenced Snow to five years suspended state prison, four years probation and use of an electronic monitor.

“The defendant served only six actual days in custody for beating and severely injuring this victim. While it is unfathomable how this ruling equates to justice, we are equally concerned about the message this sends to future victims of such abuse,” said District Attorney Tim Ward. “For anyone suffering in the cycle of violence, this office cares and resources are available. You are not alone.”

The incident at the heart of this case occurred on Sept. 25, 2019, when an argument started between Snow and the female victim at the victim’s apartment. At one point, Snow became aggressive and started pushing the victim. She tried to leave, but Snow followed her into the hallway, where he slapped her in the face. He then continued to push and punch her.

A neighbor who was out walking her dog then heard the commotion from inside the apartment. She told prosecutors that as she went to see what was going on, she saw the victim crawling out of the door on her hands and knees, screaming for help and bleeding from a 3-inch laceration to her head. The neighbor saw Snow pulling the victim’s hair, trying to drag her inside and telling her to “shut up” and “come inside”.

The neighbor shouted at Snow to stop, then dialed 9-1-1. Snow fled the scene, and was apprehended by Porterville Police Department officers shortly after.

“It is pretty much unheard of that a person gets six days for a felony conviction, regardless of the type of crime,” said Deputy District Attorney David Alavezos. He added that in felony cases for which serving probation is an option, sentencing relies on factors like the defendant’s record, the extent of any injuries caused and how many victims there were. Judges may also give defendants lighter sentences if the defendant pleas early on in the case.

If he successfully completes his probation, Snow will likely face no jail time beyond the six days he served following his arrest.

“It’s just a little shocking to me that a felony conviction resulted in a six day sentence, in any felony case, let alone a case with these facts,” Alavezos said.