VISALIA – A Tulare County jury found Noah Fox guilty for his role in killing a man five years ago during a robbery. Fox is facing life without parole at his sentencing on May 5. 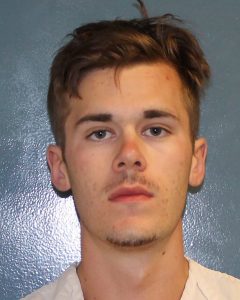 According to the District Attorney’s Office, on April 7, five years after the murder, a jury found Fox, 22, guilty of first-degree murder with the special circumstance that the murder was committed in the commission of a robbery. The guilty verdict included robbery and conspiracy to commit robbery. The jury also found the special allegation that the defendant personally and intentionally discharged a firearm.

On May 28, 2017, Fox conspired with Kalvin Solis, 23, to rob the victim of marijuana. Fox set up a meeting with the victim at Woodland Park in northwest Visalia leading the victim to believe it was a drug sale. Solis solicited a ride from a juvenile and they were also joined by Jose Cortez, 23. The group drove to pick up a handgun from a different juvenile before heading to the park. The defendants pulled up behind the victim’s vehicle where Fox then entered the back seat of the car.

Once inside the car, Fox demanded a bag of marijuana and pointed the handgun at the victim. Startled by the turn of events, the victim began to drive away.  The victim’s girlfriend was also in the vehicle and fell into the back seat and attempted to kick Fox out of the car. . Fox then shot the victim through the back leading the car to crash into a parked car. Fox ran from the car and was picked up by the other defendants who were observed by witnesses grabbing another bag of marijuana before leaving the scene. 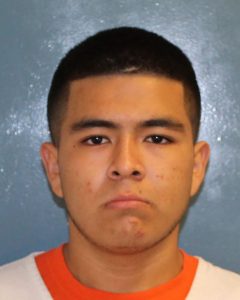 Not long after the incident, Visalia Police Department detectives observed Fox and Solis exit the suspected vehicle in north Visalia. When the police contacted the suspects, they found two bags of marijuana and a firearm in Solis’ backpack. Forensics analysis found Fox’s DNA on the firearm and it was later matched to the gun used in the crime.

Solis was involved in multiple armed robberies of pizza delivery drivers on March 11 and 12, also in 2017. On March 14, a pizza shop employee grew suspicious of an incoming order and contacted the Visalia Police Department. Solis was arrested at the arranged delivery location and was booked into custody. Prior to the fatal robbery on May 28, no one had been hurt in any robberies. But 18 days prior to the fatal shooting, over the objection of prosecutors, Solis was released by the court on his own recognizance.

On March 18, 2021, a jury found Solis guilty of first-degree murder with the special circumstance that the murder was committed in the commission of a robbery, conspiracy to commit robbery, two additional counts of robbery while armed with a knife and a misdemeanor count of providing false information to police. The court also found the special allegation that Solis committed the murder and conspiracy to commit robbery while out on bail in the armed robbery case to be true. He was sentenced to life without the possibility of parole on April 16, 2021.

As for the accomplices, they are handled a little differently. In September 2018, Governor Jerry Brown signed Senate Bill 1437  which led to treating accomplices to murder differently than the actual killers. Under the new law, only major participants who act with reckless indifference for human life can be prosecuted for murder under the theory of felony murder. In light of the new standards, on Oct. 26, 2018, Jose Cortez pleaded no contest to robbery for his role in the crime. On Dec. 5, 2018, he was sentenced to 5 years suspended state prison pending his successful completion of felony probation. As a result, Cortez’s jail term with in custody credits was 1,113 days.

The minors involved in the murder robbery case were adjudicated in juvenile court.