VISALIA – A Tulare County jury convicted Julio Madrigal and Jose Barraza of first degree murder and two counts of kidnapping with the use of a firearm in the hands of a felon.  Both men face life in prison at their sentencing on May 9. 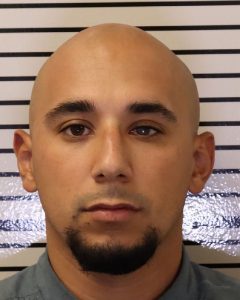 According to the District Attorney’s office, Madrigal, 32, and Barraza, 41, were found guilty on Monday, April 11, almost a year after the crime. The jury also found that a firearm was used during the commission of the crimes. Just before the trial, Madrigal pled to two counts of unlawful possession of a firearm by a felon and one count of unlawful possession of ammunition by a felon.

The DA’s office stated that the victim of this case sat in the front passenger seat of a parked car in the City of Tulare with his girlfriend on May 21, 2021. The female victim was seated in the driver’s seat. While the two spoke, Barraza drove up in a separate car with Madrigal. The defendants parked door-to-door with the victims’ vehicle and then exited their car and surrounded the victims’ vehicle on either side. 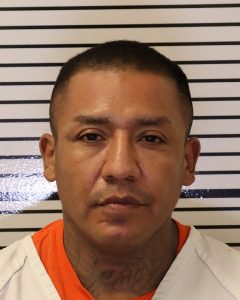 Madrigal then took off on foot until Barraza managed to pick him up in their car, and the two fled the scene together. Police later found the defendants’ car, with its windows smashed out, dumped in a water-filled canal in Kings County. The police searched for the defendants for the next five weeks. When they finally located Madrigal’s hideout and attempted to apprehend him, he fled but was caught.

In the area he was seen running, police found a cell phone that had been bent in half with its SIM card missing. After a search of Madrigal’s hideout yielded a handgun with Barraza’s DNA on it, it was later determined to be a different gun from the one used during the killing.

About a week later, police saw Barraza sneak out of a residence and enter a vehicle. Police attempted a traffic stop on the vehicle and Barraza got out and fled but was caught. Barraza was wearing large sunglasses and a baseball cap with attached hair extensions. A phone found in Barraza’s backpack was missing its SIM card and was determined to have been factory reset, meaning all its data was erased.