After the mid year budget review of the general fund, Tulare expects over a $2 million surplus

Tulare – After the city of Tulare’s mid-year budget review, they are projecting a little over a $2.6 million dollar surplus in their most discretionary fund. With the number of people experiencing homeless on the rise in Tulare, the city council decided to explore how best their extra dollars could be spent in remedying that problem

The council also decided to use the funds in areas such as vehicle and equipment replacements, redevelopment projects and savings for future expenses.

“We have great news,” Deputy City Manager Josh McDonnell said during a presentation at the April 19 council meeting. “The mid year budget is indicating that the city will end the fiscal year at a surplus of a little over $2.6 million.” The city had originally estimated that the general fund would end with a deficit of a little over $850,000, making for a significant rebound over projections.

McDonnell explained that even though expenditures have increased by almost $1.5 million, it is not a cause for concern because the main reason for the jump is inflation. McDonnell said that the price of gasoline alone has “shattered the budget.” On the other hand, the estimated revenue is now projected to be $5 million greater than originally projected last June.

McDonnell went on to say that the reason for this increased revenue is related to a few things. The first was a boost in online sales tax revenue. “Sales tax has been absolutely wonderful this year,” McDonnell said. “It’s because the city is finally getting a portion of online sales that are occurring within the city of Tulare. So the sales tax is being taken from those purchases and the city of Tulare is now getting a good amount of that.”

McDonnell explained that another reason for the surplus was a lawsuit settlement from previous City Attorney Heather Philiips. Finance Director Darlene Thompson said that the city received the $750,000 settlement not long after the budget was adopted in June. As a result, Thompson set that money aside after it was determined they would dedicate it to the deficit at the end of the 2021-2022 fiscal year.

Homeless reserve and CalPERS
McDonnell presented council with a few options of where the money could be put to good use. McDonnell began by saying staff recommends $1.5 million to go toward the homeless shelter reserve. The city has already set aside $2 million for construction of the homeless shelter from American Rescue Plan Act (ARPA) funds, but the city has determined the projected cost to be substantially more than that. McDonnell explained that this money will be there to be used if it can and if not the money could go elsewhere.

After some discussion the council determined they wanted to sue $1.5 million for a “homeless related” reserve fund and not a built out shelter.

McDonnell also presented that staff recommends setting $300,000 toward Catastrophic Personal Reserve for CalPERS costs. According to Thompson, there will be a 15% increase to the public employee retirement system within the next few years and it will be necessary to set some of this money aside in preparation for that. McDonnell explained to the council that Thompson has been diligent when it comes to proactively setting aside funds in anticipation of any additional costs. “Frankly, it’s just good business practices to anticipate that as we have been, and continue to set aside funds in preparation for those increases, which are already occurring,” McDonnell said. 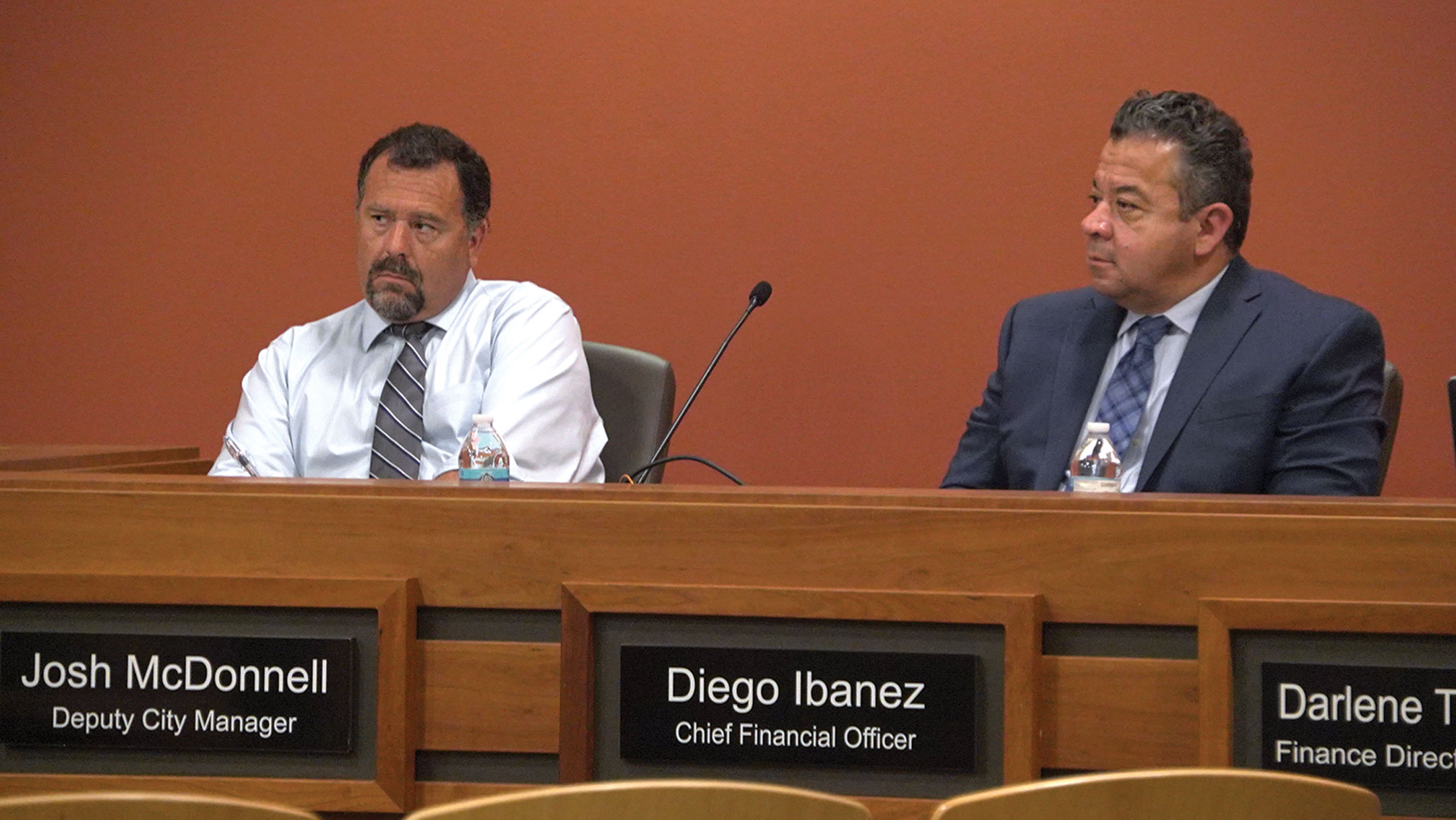 Equipment replacement
The next area staff recommends the money be spent is $300,000 in anticipation and preparation for equipment and vehicle replacements. McDonnell explained to council this is a heavy need and is something that would possibly cost the city less to purchase new equipment and vehicles rather than attempt to maintain some of the older ones.

The last area the surplus funds could be spent is $500,000 on the redevelopment of the Inyo corridor. Staff came to council with three possible options on how to spend this money, asking for their direction. City Manager Mike Mondell said the first option is to essentially use this money on buildings in the Inyo corridor that are dilapidated, in disrepair or underperforming in the marketplace and purchase them to do minor updates, “sort of like mini redevelopments,” Mondell said.

Inyo Corridor
Based on the presentation, the money would be used to purchase the buildings and clean up the property and surrounding areas through code enforcement, make improvements in water, sewer and zoning etc, to then attract a developer and sell the property. Once the property is sold the city will repeat the process throughout the corridor.The idea is to help alleviate some of the stressors for those developers interested in purchasing these properties but are discouraged because of the magnitude of work needed.

“The point is, we get the property ready to bring it to…a developer [and they] come in and make an investment in that property. The taxpayers get their money back out of the property when we sell the property, and then we use those dollars to continue down the corridor,” Mondell said. 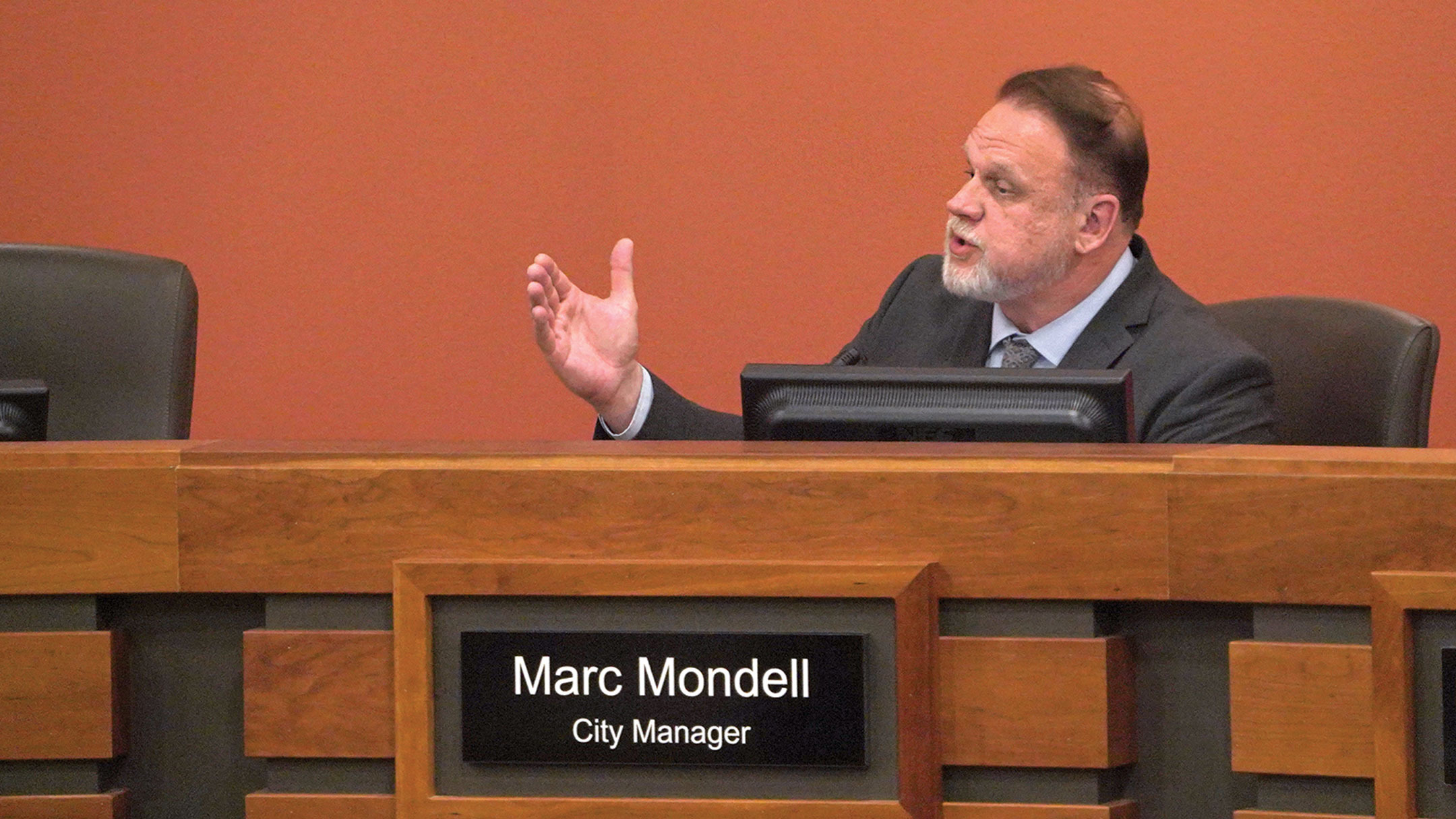 The second concept is to apply something very similar to what the city plans to do in the downtown area with a rehabilitation grant program. This grant program would allow for individuals to apply and get their own buildings fixed up. Mondell explained these grants would be given based on a criteria set by the city, and it could run hand-in-hand with the downtown’s program. “I think that’s an effective program,” Mondell said. “I think the thing I don’t like about that as much as the first idea, is it’s one series we spend the money, it’s gone and then you don’t get to do it again.”

The third concept Mondell presented was to utilize these funds for right of way, safety, beautification and ADA improvements. Mondell said this project has a lot of merit to it, but the cost through the whole quarter is estimated to be around a $2 million expense. The city has ways of looking into working with CalTrans to assist with some improvements.

Given the three concepts, council members came to a consensus to have staff come back with a recommendation that includes the first concept with portions of the third.