EXETER – Exeter is moving forward with rewrites to their cannabis ordinance that will allow a medically prescribed cannabis treatment center to open in the city.

The changes make room for BioLife, a medicinal cannabis company, to carry and administer prescribed cannabis products to terminally ill children and medically disadvantaged adults. Exeter currently has a restrictive ordinance on cannabis, making it nearly impossible for a medicinal use facility to operate in the city limits.

When cities like Farmersville, Woodlake and Lindsay decided to allow cannabis sales following the passage of Proposition 64 In 2016, Exeter decided to ban it outright. The rewrites to their ordinance may set the stage for that to change.

Since the approval process and regulatory requirements for medicinal cannabis microbusinesses and other types of cannabis businesses are similar, the revised ordinance also sets up a framework for city council to consider authorizing recreational cannabis sales or manufacturing in the city. This may include implementing, with the approval of voters, local cannabis tax requirements should the council decide to pursue these changes. 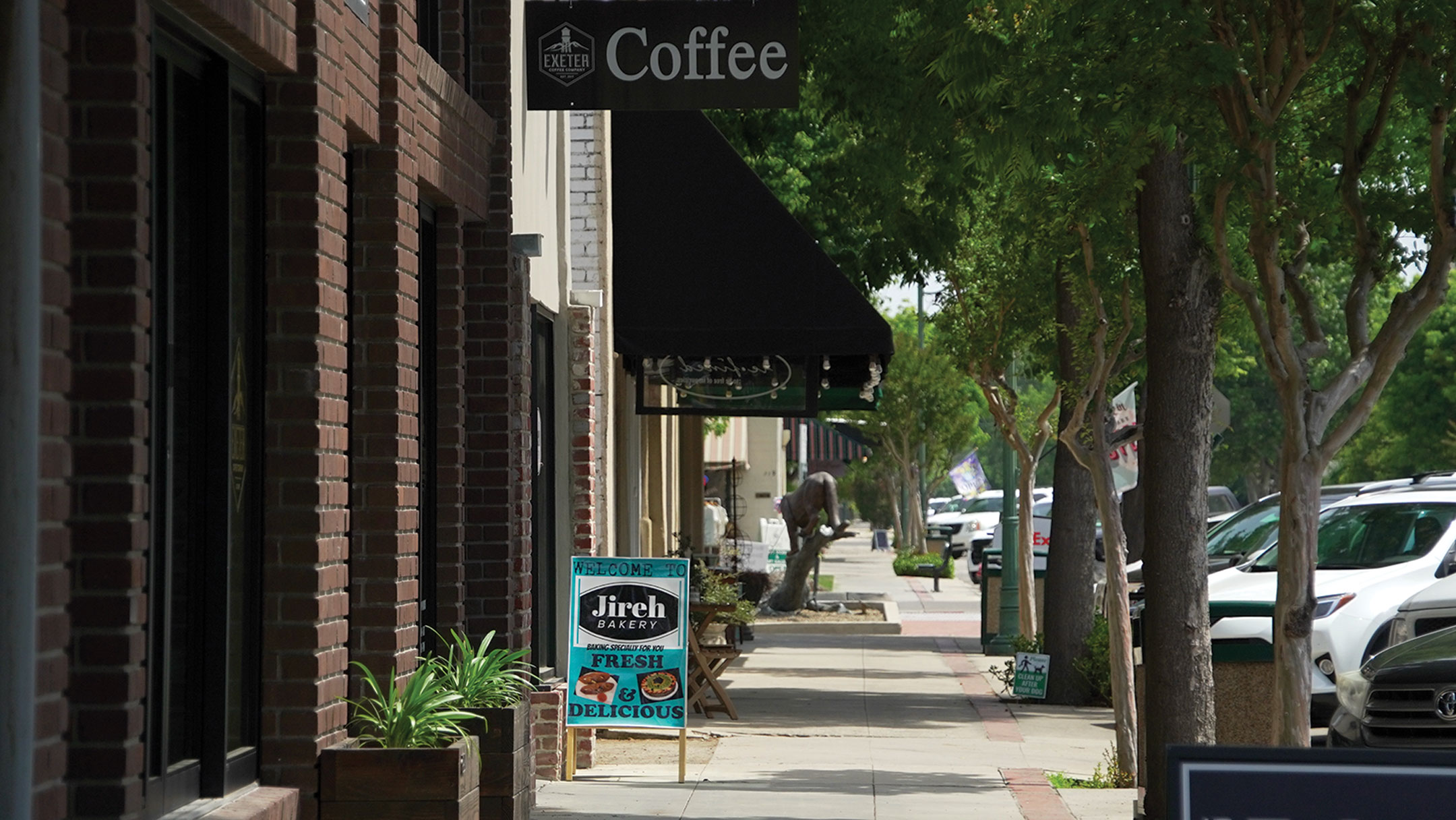 Photo by Rigo MoranBioLife is expected to be located on E Street in the Central Commercial District in Exeter after an ordinance rewrite allows them to operate in town.

“I felt like this would be a good start so we wouldn’t have to be reinventing the wheel,” said city attorney Julia Lew, who drafted the rewritten ordinance, at an April 26 city council meeting. “A lot of what I included would be able to be used for other businesses in the future.”

Lew added that if the council decides to explore the possibility of allowing other types of cannabis businesses in the city, the best starting point for that would be to consider implementing a cannabis tax measure.

“That does two things: it sets up a financial framework for being able to assess a local cannabis tax, and also gets the issue from the community so you can see whether they’re supportive of even having a cannabis business at all,” Lew said. “Often people will vote no on a tax if they don’t want the business there.”

Before BioLife can begin their Exeter operations, the Exeter Planning Commission will need to make amendments to the city’s zoning ordinance to allow the business to operate in downtown’s central commercial district. Currently, cannabis dispensaries are expressly prohibited from operating in this area, which is where the company is proposing their clinic be located.

“It makes sense for it to go there because it is a medical office, and we do have medical offices in that district. But the cannabis part is not allowed right now,” said city manager Adam Ennis at the meeting.

The second reading of the revised ordinance will take place at the next city council meeting on May 10.