EDITOR’S NOTE: This series is split into four different parts and highlights what Care Pregnancy Resource Centers offer locally. In particular, the series looks at their prevalence in light of Planned Parenthood’s withdrawal from moving into a larger facility on Mooney Boulevard in the face of a virulent backlash from the community. The introduction of each installment is the same.

If you have not read Part 1 that reports on the first-hand account of interacting with the Care Pregnancy Resource Center, you can find it here. Part 2, below, looks at the social, economic and geographic barriers to reproductive care services.

Again, Care Pregnancy Resource Center in Visalia declined to be interviewed or comment for this series.

VISALIA – For a few weeks this spring, Visalia City Council meetings became a battleground. Terms used during public comment included “devil worshippers” and “baby murderers,” among others. Despite Planned Parenthood never having plans to start offering abortions in Visalia, the community’s response to the clinc’s attempt at moving into a larger office underlined just how deep divides over the procedure still run in parts of California.

The controversy ultimately caused Planned Parenthood to withdraw their plans for relocation, relegating the clinic to the small side street office where they currently offer services three days a week to a handful of patients per day. If they’d moved into the larger office, the new site would have extended its operations to six days per week and been able to serve 40 patients per day instead of just five. The move would have allowed Planned Parenthood to add primary and pediatric care to the list of services they already offer such as pregnancy tests, STI screenings and gender-affirming care.

Despite various laws that protect access and coverage to reproductive healthcare across California, the social, economic and geographic factors affecting Tulare County residents often act as barriers to the quality and type of care they’re able to seek out.

“I think the biggest thing here is that Tulare County still has no abortion providers. There’s a lot of barriers with cost and travel to access those services,” said Michelle Rivera, program manager at ACT for Women and Girls, a local reproductive justice advocacy organization.

Tulare County residents seeking abortion services must travel at least 50 miles to either Fresno or Bakersfield in order to access the procedure.

“California has undertaken a lot of policy efforts to really expand access to the full array of sexual and reproductive health services—contraception, abortion, LGBTQ services and cultural competency in all of those areas,” said Usha Ranji, associate director for Women’s Health Policy at KFF and one of the report’s lead authors. “What’s different is that in those areas, Tulare County is a real contrast.” 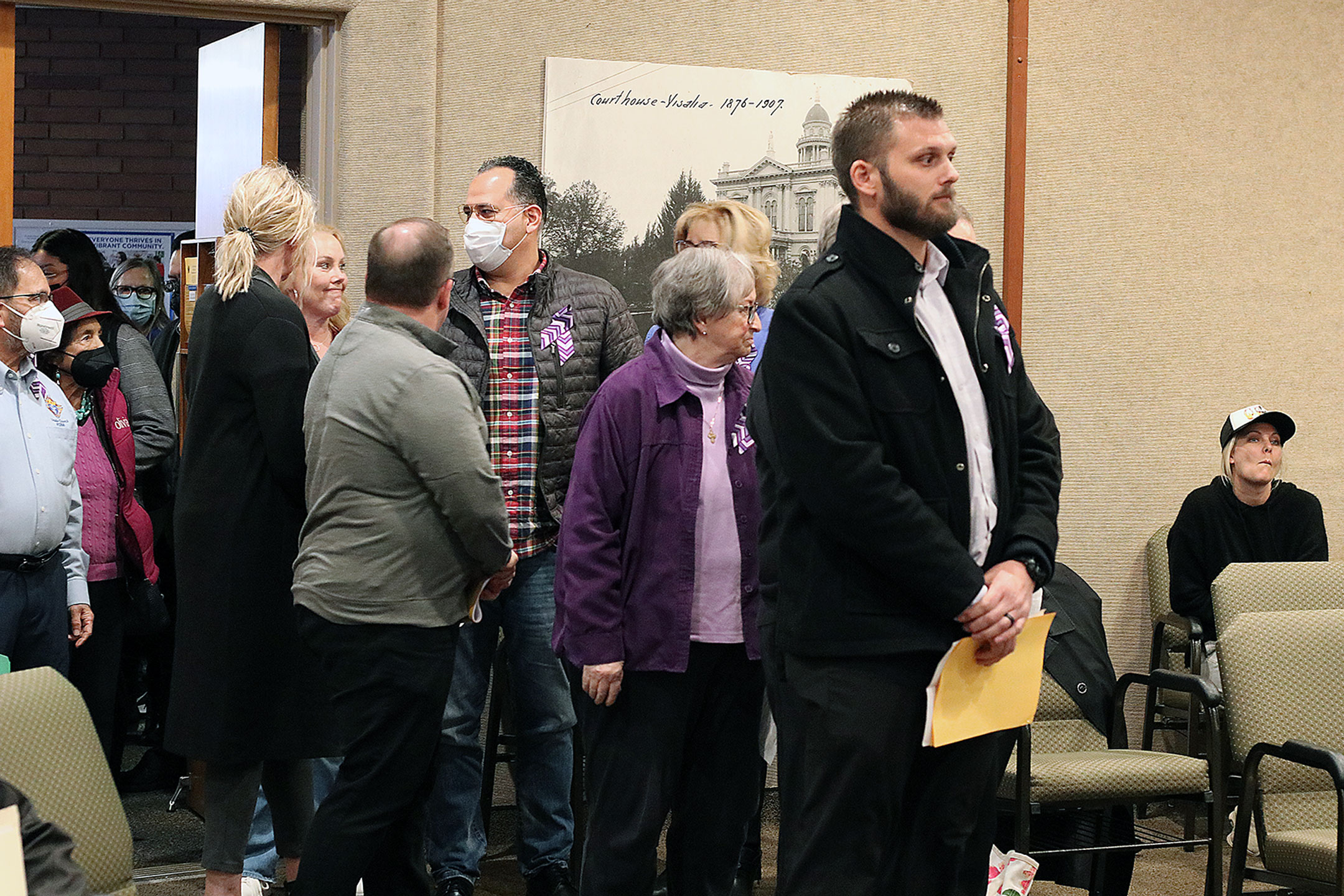 A crowd of around 200 people at the March 7 Visalia City Council meeting, wait their turn to speak for or against an already scuttled Planned Parenthood location on Mooney Boulevard.Photo by Reggie Ellis

People interviewed as part of KFF’s research reported a severe health care provider shortage in the area, as well as barriers related to transportation to and from clinics. This particularly applies to people living in the county’s more rural areas away from the population centers of Visalia, Tulare and Porterville. The report states that hurdles to health care are also heightened for the 17% of the county’s population living below the poverty line, undocumented individuals without health insurance coverage and LGBTQ people in need of culturally competent, stigma-free care.

The report also highlights that Tulare County is more politically and socially conservative than other parts of California, which tends to impact the area’s reproductive health care access. According to Ranji, interviewees in the study mentioned that since local economics are ruled by the agriculture industry, conservative-leaning agricultural business leaders wield significant social and political influence.

“Some folks said that they felt like some of the business leaders in the community, like in the agricultural world, also had more conservative views around sexual and reproductive health. And that played a part in what services were available in the community,” Ranji said.

The reach of these conservative ideals even extends to Tulare County schools, where researchers like Ranji and organizers like Rivera have noticed significant gaps in comprehensive sexual education. 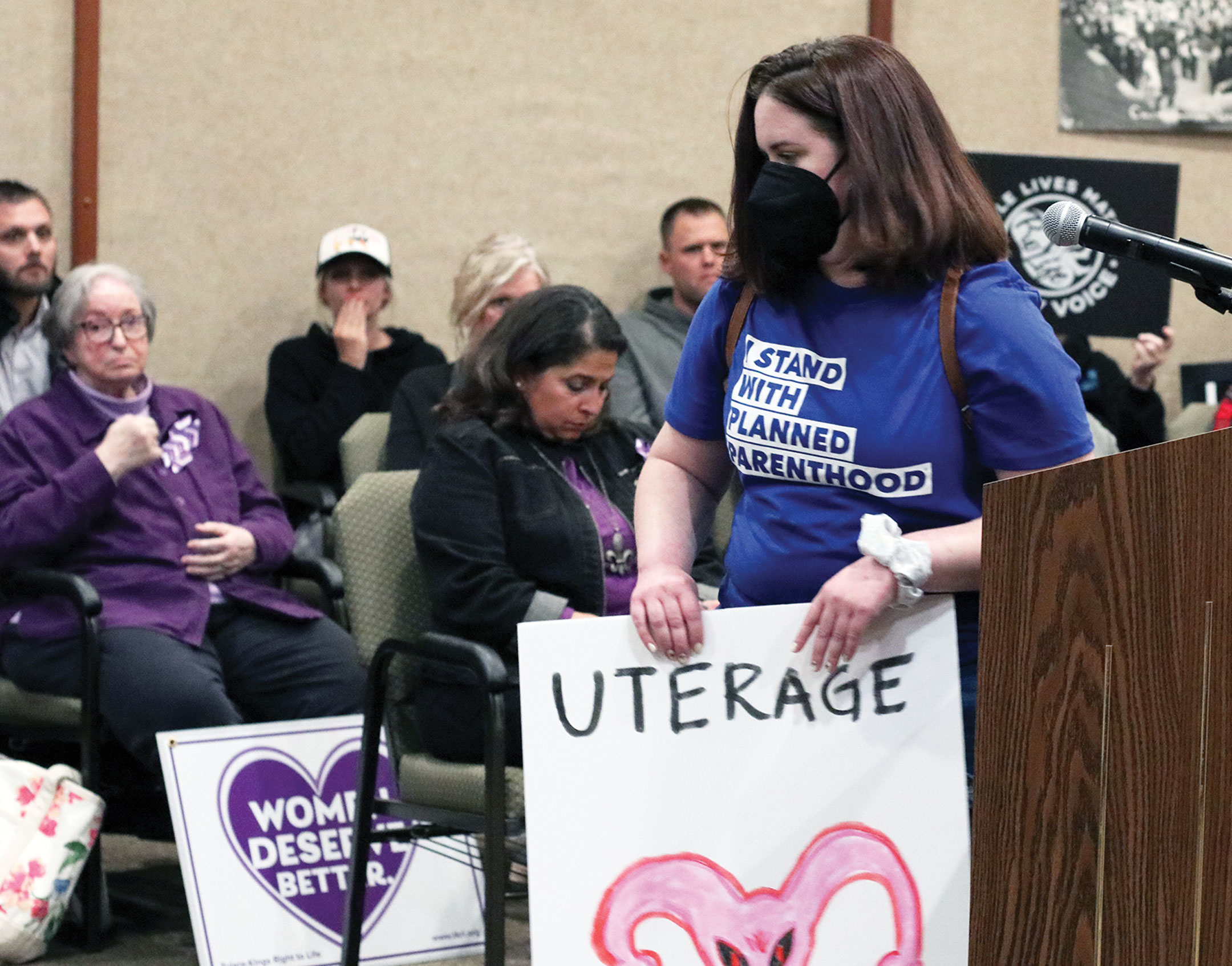 A member of the community wearing an "I stand with Planned Parenthood" walks away from the podium after speaking to the Visalia City Council on March 7, 2022.Photo by Reggie Ellis

“Some districts in the area have been pretty vocal in opposing comprehensive sex education,” Ranji said. “We heard a number of people saying that they feel that contributes to higher rates of preventable STIs and HIV, and possibly unintended pregnancy as well.”

Rivera described challenges in the outreach she’s able to provide to local schools due to cultural stigmas around topics like contraception, sexuality and gender.

“I can’t do condom demonstrations on campus, even though that’s part of the curriculum,” Rivera said. “Like, I’m still not allowed to do that. There’s just a lot of taboo. A lot of cultural barriers.”

Another issue highlighted by KFF’s report is the county’s lack of teen-friendly care, despite the area’s high rate of teen pregnancies.

“We do generally stay in one of the higher ranked counties for teen pregnancies,” said Kate Bourne, unit manager of the Tulare County Health and Human Services Agency’s public health branch. Bourne said this remains true despite a sharp decline in nationwide rates of teen pregnancy over the last decade.

Numbers like this make it worth noting that Visalia’s Care Pregnancy Resource Center (CPRC) is located directly across the street from Redwood High School.

EDITOR’S NOTE: This was Part 2 of the series. To read Part 3, a look at the tactics pregnancy resource centers use to attract young people, what services they provide and the mixed results of their abortion reversal pill, click here.