EDITOR’S NOTE: This series is split into four different parts and highlights what Care Pregnancy Resource Centers offer locally. In particular, the series looks at their prevalence in light of Planned Parenthood’s withdrawal from moving into a larger facility on Mooney Boulevard in the face of a virulent backlash from the community. The introduction of each installment is the same.

If you have not read Part 2 that reports on the social, economic and geographic barriers to reproductive care services, you can find it here. Part 3, below, picks up where Part 2 left off noting that the resource center is located across from Redwood High School. The rest of Part 3 looks at the tactics pregnancy resource centers use to attract young people, what services they provide and the safety of their abortion reversal pill.

Once again, Care Pregnancy Resource Center in Visalia declined to be interviewed or comment for this series.

VISALIA – For a few weeks this spring, Visalia City Council meetings became a battleground. Terms used during public comment included “devil worshippers” and “baby murderers,” among others. Despite Planned Parenthood never having plans to start offering abortions in Visalia, the community’s response to the clinc’s attempt at moving into a larger office underlined just how deep divides over the procedure still run in parts of California.

The controversy ultimately caused Planned Parenthood to withdraw their plans for relocation, relegating the clinic to the small side street office where they currently offer services three days a week to a handful of patients per day. If they’d moved into the larger office, the new site would have extended its operations to six days per week and been able to serve 40 patients per day instead of just five. The move would have allowed Planned Parenthood to add primary and pediatric care to the list of services they already offer such as pregnancy tests, STI screenings and gender-affirming care.

“I think it’s very strategically done, that they’re located in front of a high school knowing a lot of young folks pass by,” Michelle Rivera, program manager at ACT for Women and Girls, said. “A lot of the purposes of those crisis centers is to advertise as very welcoming, like, ‘We’ll talk about all the options and we’ll support you.’ Like, ‘We know you’re panicking and we can help you.’ Then once you’re there, it’s a whole different story.”

In a 2018 episode of a podcast called Chaplain Chat hosted by local chaplain John Sayers, Visalia’s Care Pregnancy Resource Center’s (CPRC) former executive director Cheryl Braden explained in an interview how the center conducts outreach at every high school campus in Visalia twice a year. She described renting the A&W Float Mobile, parking it across the street from schools and offering students free root beer floats during their lunch period.

“We tell them: if you’re having a tough day at school, just come over here and have lunch,” Braden said.

Earlier in the episode, Braden described work the center does with its younger clients.

“We get a lot of young people who find themselves in an unplanned pregnancy,” Braden said. “We do so much for them. We do pregnancy tests, we do sonograms, we do parenting classes – all free, we don’t charge them anything. And the neat thing about that is being able to look at them and say everything we offer you is free, and that there aren’t any hooks in our love.” 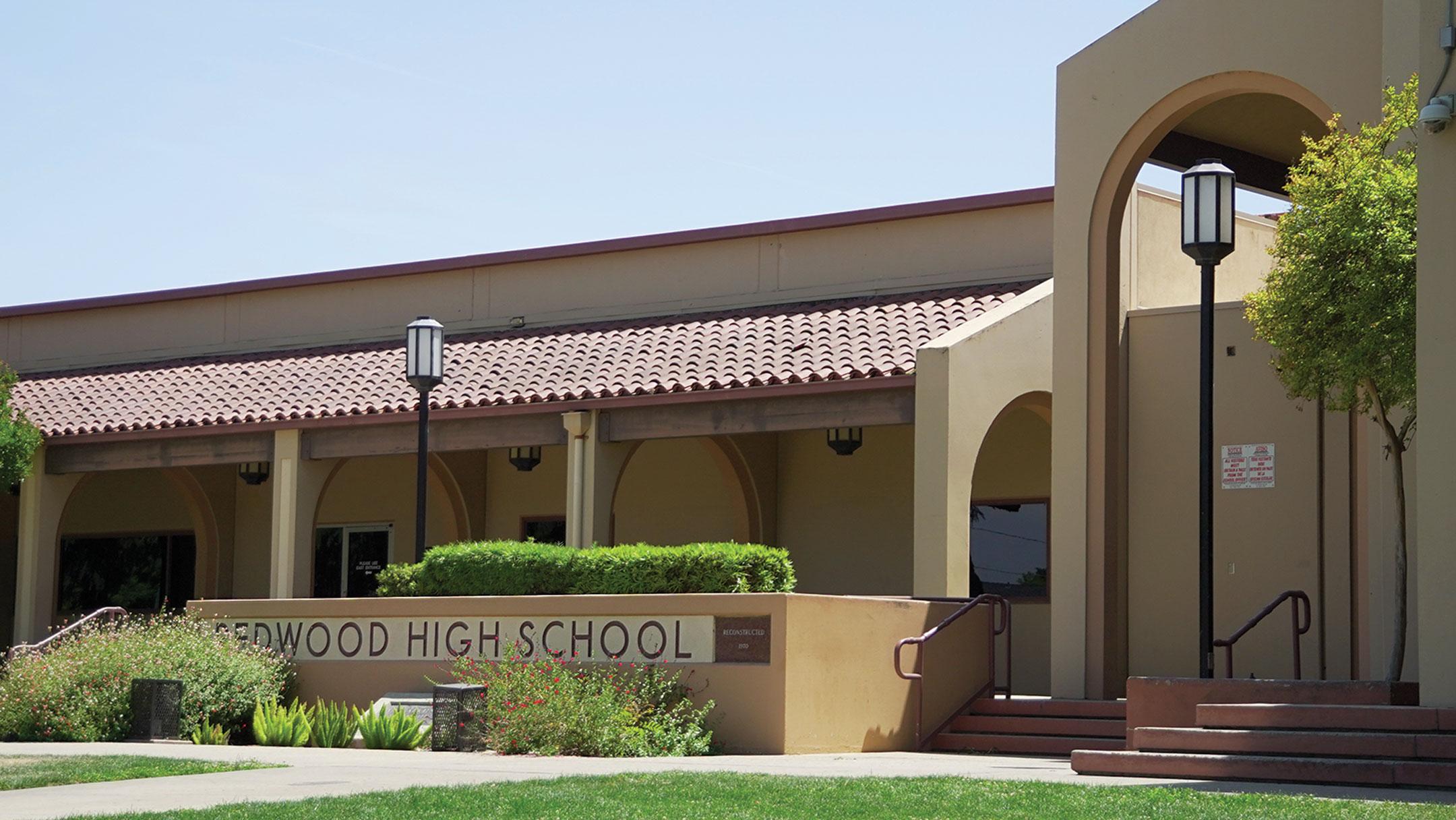 Redwood's campus in Visalia is situated across from the Care Pregnancy Resource Center where its executive director said they would reach out and try to engage with students.Photo by Rigoberto Moran

A young person who walks into CPRC or visits their client-focused web site likely won’t be aware at first of their mission to dissuade people from having abortions. According to a study conducted by the National Abortion Rights Action League (NARAL), crisis pregnancy centers often make a concerted effort to conceal their religious affiliations or stance on abortions.

“The way they describe the services they offer is so vague,” Rivera said.

However, cprcfriends.com—the center’s website for “friends, volunteers and supporters”—tells a different story. While its web design is exactly the same as the center’s client-focused site, nearly every aspect of cprcfriends.com and its corresponding Facebook page is centered around Christianity and anti-abortion rhetoric. “We’ve come to understand that every unplanned pregnancy is really a foreseen invitation from God,” one of their blog posts reads. It goes on: “If a woman doesn’t know what she’s been made for, how can she ever live it out?”

CPRC is partially funded through donations from local churches. According to public tax records, all of its income from 2019—a total of $226,538—came from contributions and grants. Some churches that make financial contributions to CPRC include Abounding Grace Church, The Fountain Christian Church and Rise Visalia.

Many faith-based health clinics and hospitals, such as Adventist Health in Tulare and Visalia, operate as legitimate health care centers. Crisis pregnancy centers differ in that the vast majority do not have a medical license, and therefore operate free of independent regulation, according to NARAL’s study.

It’s unclear whether CPRC is medically licensed or not. The center claims to offer “a limited scope of pregnancy-related services by medically licensed professionals” through an “onsite medical center” called Care Clinic. Though they have at least one licensed nurse volunteer on staff and are registered under a fictitious name permit with the Medical Board of California, neither CPRC nor Care Clinic currently hold any license with the California Department of Public Health.

Regardless, many of the services they advertise, including pregnancy tests, ultrasounds and STI testing, require some sort of medical licensing to administer. 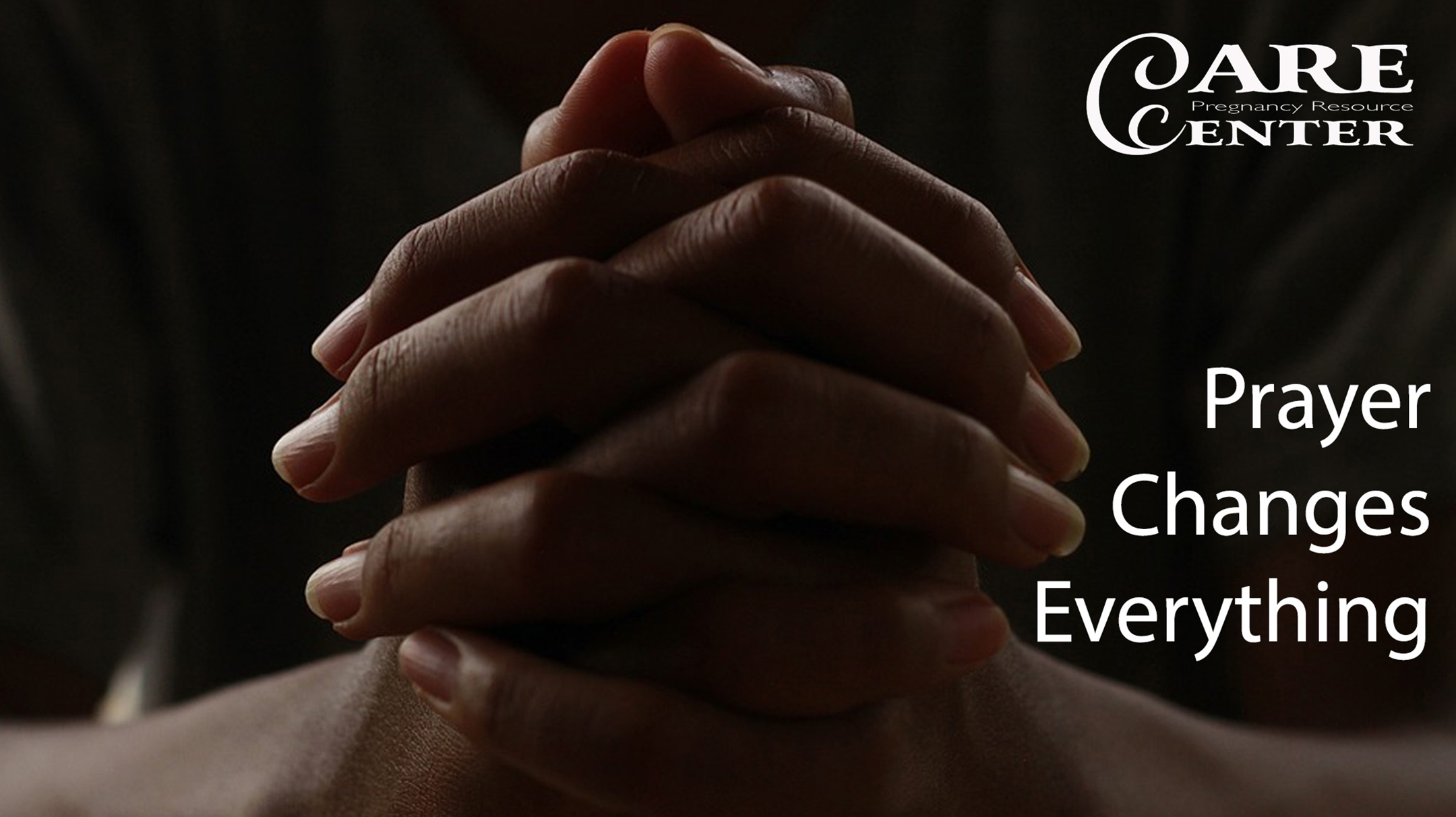 Care Pregnancy Resource Center made their religious affiliation a large part of their operational mission as a pregnancy center in Visalia.Meme from CPRC Friends Facebook page

Their client-facing web site also provides a link to a service called an “abortion pill reversal” for people who have recently undergone non-surgical abortions. The procedure involves administering doses of progesterone in order to counteract the effects of misoprostol and mifepristone, medications used to stop pregnancy growths by blocking progesterone and causing the uterus to contract. According to the American College of Obstetricians and Gynecologists, “abortion pill reversal” procedures are not based on scientific evidence and do not meet clinical standards.

“There’s no evidence that giving progesterone after someone takes misoprostol increases the chance that the pregnancy will continue. And we don’t have good evidence about the safety. In fact, we have some evidence that raises concerns about the safety of not giving the second medication,” said Dr. Daniel Grossman, Professor of Ob/Gyn and Reproductive Sciences at the University of California San Francisco.

In 2015, Grossman and other doctors conducted a study on the treatment, the results of which found that evidence is insufficient to determine whether the procedure is legitimate. According to Grossman, some results found the treatment to be flat-out harmful.

“We actually stopped studying early because there were three cases of very heavy bleeding. People had to be essentially rushed in an ambulance to the hospital,” Grossman said.

This isn’t the only piece of misleading or potentially harmful information pushed by crisis pregnancy centers. Many studies conducted by health care professionals, academics and reproductive justice organizations over the last decade have found that centers rely heavily on sharing misinformation with their clients.

For instance, 70% of the centers investigated in NARAL’s study shared false information about abortion increasing the risk of breast cancer. Eighty-five percent claimed that abortion causes mental illnesses. Seventy percent told clients that abortion can cause future infertility, and 40% said the same of using birth control. Sixty percent told clients that condoms are ineffective. None of these statements are based in scientific fact.

“She talked heavily about the side effects of having an abortion and gave me statistics on how many women regret having an abortion or are physically and mentally affected by having an abortion,” Bryce Maurer, the young woman who went undercover at CPRC, said of her experience. “It was just all super biased. 10 out of 10, would highly not recommend that place for anybody that’s a young girl who’s really scared.”

EDITOR’S NOTE: This was Part 3 of the series. To read Part 4, a look at the legislative and administrative policies,which allowed public funding to flow into pregnancy resource centers, and what local stakeholders think Tulare County has missed out on after Planned Parenthood could not expand their services, click here.