Dairy digesters, manure management practices help dairies and feedlots reduce livestock emissions with the goal of cutting methane by 40% by 2030

TULARE COUNTY – There are twice as many cows as people in Tulare County but dairymen and ranchers are working with Tulare County to almost cut their operations’ emissions in half in the next decade.

Dairies and feedlots have been working voluntarily with the county to reduce methane emissions since 2013 but have ramped up efforts since a 2019 settlement with environmental groups. Tulare County passed its Animal Confinement Facilities Plan (ACFP) and Dairy and Feedlot Climate Action Plan  (CAP) in 2017. The following year, the Sierra Club spearheaded a lawsuit with two other environmental groups for not establishing an adequate baseline nor having enforceable mitigation measures for new and existing dairies. The settlement required increased oversight of livestock emissions including better tracking and annual reports on the county and the industry’s progress toward meeting state goals to reduce emissions. 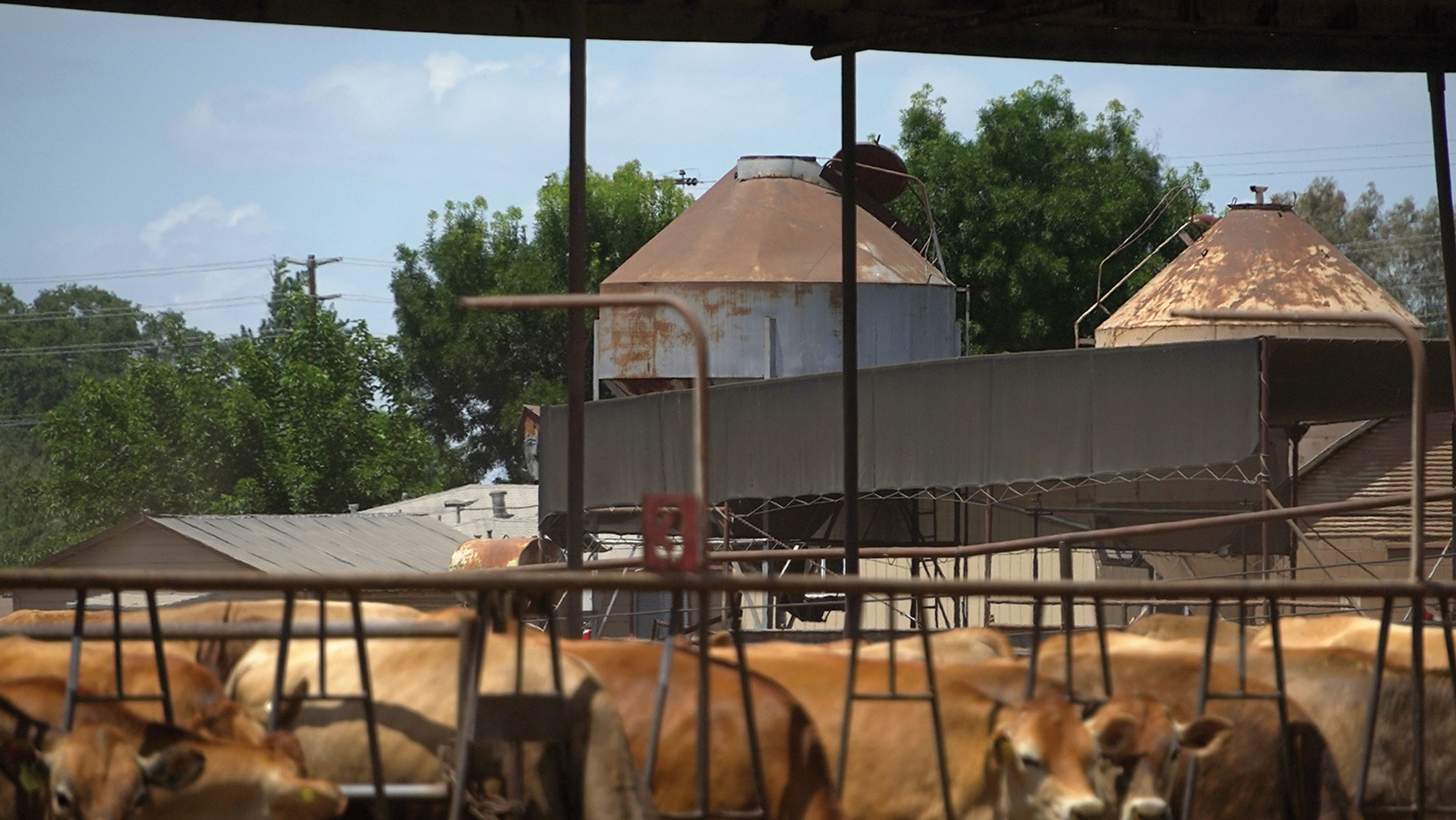 Dairies and the county of Tulare have met over 90% of its 2023 goal in methane reduction. Photo by Rigo Moran

In 2020, dairies and feedlots in Tulare County produced an estimated 6.2 million metric tons of methane emissions. From 2019 to 2020, emissions were reduced by 17%, or 303,600 metric tons, due to a reduction in the number of dairies in operation and the implementation of digesters at 16 working dairies. Dairies and feedlots also implemented 71 solar panel projects, 11 solar thermal hot water systems and four alternative manure management program (AMMP) projects. AAMP projects include composting in pack barns, spreading as fertilizer and separating the manure into solids and liquids. The liquids are removed and the dry material is allowed to decompose and return to the soil with less methane emissions.

Total greenhouse gas emissions from dairies should be reduced by an additional 677,598 metric tons of carbon dioxide equivalent (MTCO2e) this year from solar panels, digesters and and alternative manure management projects (AMMP) that have either started operating after 2020, are currently under construction, or are approved and funded for construction. Fifteen dairies have received a share of $9.3 million in funding from the California Department of Food and Agriculture (CDFA) for AMMP improvements with methane reductions worth 183,630 metric tons. Fifty dairies have been awarded $76 million in CDFA funding for 55 digesters, machines which function like stomachs, converting gas into solids, or in this case, manure into methane gas. That gas can then be refined into a renewable natural gas and pumped into main pipelines helping residents to heat their homes and to fuel farm equipment.

Both programs are funded through cap-and-trade proceeds and the Greenhouse Gas Reduction Fund.

That leaves dairies and Tulare County just 68,793 metric tons short of reaching its 2023 goal for greenhouse emissions reductions, meaning the county is 93.44% of the way to meeting the goal of 1.05 million metric tons by 2023. If local dairies installed average sized digesters at four more locations this year, the county would have met its 2023 goal.

There is still significant work to be done as Tulare County needs to reduce emissions by an additional 936,267 metric tons of methane by 2030. As of 2021, the county estimates it has met about 29% of its 2030 goal.

The reductions are part of Senate Bill 1383 signed by Gov. Jerry Brown in 2016. While best known for its requirements to cut food waste heading to landfills by 20%  by 2025, the legislation also required a 40% reduction in methane emitted by livestock operations and dairies by 2030, which make up 55-65% of methane emissions in the state. Tulare County’s baseline year was 2013, with total methane emissions from dairies and feedlots of 5.8 million metric tons. That sets the 2030 goal for a 40% reduction at just under 3.5 million metric tons.

Despite some dairies leaving the county and the state for greener pastures, Tulare County still has more cows than people. Under the county’s Animal Confinement Program (ACFP), Tulare County is permitted for 735,792 dairy cows and 8,708 feedlot livestock, such as beef cattle, swine, chickens, turkeys and lambs. As of 2020, county staff estimates there are 484,574 dairy cows and 214,271 feedlot cattle. By comparison, the 2020 Census puts the county’s population at 477,000.