Lindsay woman on the lam for visa fraud

TULARE COUNTY – The Tulare County Sheriff’s Office is on the lookout for a woman from Lindsay who has defrauded Mexican-Americans or Mexican Nationals. 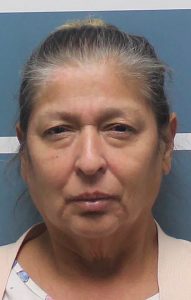 According to the Sheriff’s office during their investigation, detectives learned that between September 2021 and May 2022, Micallela Aguilera Coleman, 59, of Lindsay promised to help numerous Tulare County residents obtain their U.S. citizenship or Visa in exchange for money. After getting the cash, Coleman would cut off all ties with victims. One victim gave Coleman more than $30,000 after she promised to help them get their citizenship and buy land out of state.

Detectives took over the investigations and, in January 2020, learned that Coleman was issued a Cease-and-Desist Notice from The State Bar of California for Unauthorized Practice of Law. Investigators also learned there were similar cases of fraud in Porterville and Lindsay involving Coleman.

Anyone with information about this case is encouraged to contact Detective Ana Perez or Sergeant Demecio Holguin with the Tulare County Sheriff’s Office Investigations Bureau at (559) 733-6218. Or they can remain anonymous by calling or texting (559) 725-4194 or through email at [email protected]