VISALIA – Amazon is the latest major company to double up its facilities in Visalia after a second In’N’Out burger opened in 2021 and news of a second COSTCO was revealed in April.

A sprawling 1.1 million square foot warehouse under construction since last year is now nearing completion just north of the existing Amazon Fulfillment Center on Riggin and Kelsey Street, leaving locals to wonder who the tenant could be besides Amazon. The huge tilted concrete building is located on Avenue 320, a mile north of Riggin, on a street that now carries the name of Kibler by the city. City permits listed the address of the project as 8817 W. Kibler and, just recently, described the project as having liquid hydrogen tanks and dispensers “to support the fueling for Amazon.” 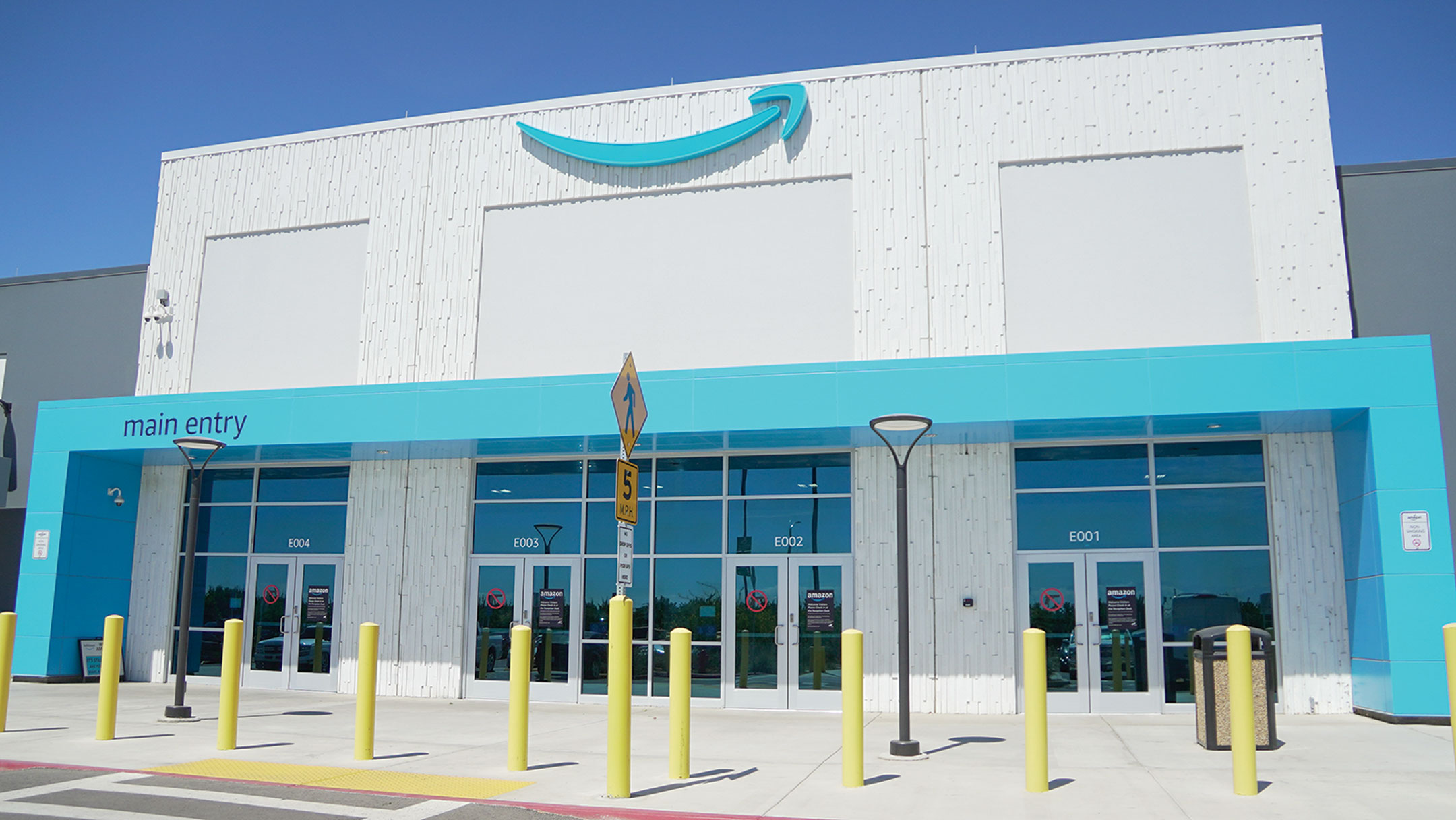 Amazon's current warehouse in the Visalia Industrial Park will get a sister facility nearby potentially in time for the 2022 holiday season.Photo by Rigo Moran

While the company is typically tight-lipped about projects before they are complete, Amazon spokesperson Natalie Wolfrom did not deny it in an email.

“No update on this,” she wrote. “Will have more to share hopefully in August. I’ll circle back then!”

Reliable sources say Amazon expects to take occupancy of the new facility this fall with the goal to be in business in time for the holiday season this year. That means hundreds more jobs coming here, added to the 1,200 or so that work at the existing Amazon center.

The Wall Street Journal recently reported that Amazon’s “decision to throttle back on its e-commerce operations threatens to slow the growth of the industrial-space sector, one of the hottest areas of commercial property.” Concerns that the volatile stock market and inflation worries may be slowing new distribution warehouse deals or even canceling some underway have yet to surface in Visalia. Asked about any slowdown locally, Visalia economic development manager Devon Jones responded “not at all.”

Mayor Steve Nelsen seconded the notion and said the second center will handle smaller items while the Riggin location will handle larger packages.

“We’ve heard that on-line sales activity is not as strong but we don’t expect to see a negative impact here,” Mayor Nelsen said.

The second Amazon site is among a half dozen new industrial buildings expected to break ground later this year in the Visalia Industrial Park. Industrial real estate construction in the U.S. rose 48% year-over-year in the first quarter as the national vacancy rate fell to a 27-year low, according to Supply Chain Quarterly, a trade publication providing information and insight on the global supply chain.