Sheriff announces arrest of family for human trafficking among others

TULARE COUNTY – The Tulare County Sheriff’s Department announced several arrests in connection to a human and drug trafficking investigation that lasted six months, and led to the arrest of a mother, father and son involved.

On Tuesday, June 14 District Attorney Tim Ward announced charges against the six suspects for their involvement in the operations. The charges were filed with the court on Friday, June 10. These charges include an alleged drug cultivation and a human trafficking operation in Tulare County, accumulating 24 counts of: human trafficking, forcible rape, sexual battery, unlawful sexual intercourse, contact of minors for sexual offense, meeting minor for lewd intentions, assault by producing great bodily injury, illegal growing/distributation of marijuana, and the conspiracy of future drug cultivation and human trafficking. 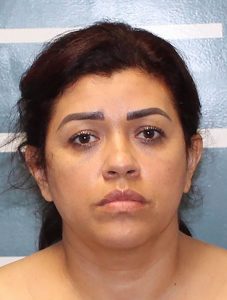 The initial investigation sparked in November 2021, when one of the victims came forward with allegations of being raped, assaulted and trafficked. On May 19, detectives with the sheriff’s office, along with aid from the Visalia Police Department, would be granted seven search warrants for seven different homes, and found evidence of a drug trafficking operation at each one. There were 3,762 marijuana plants, 268 pounds of processed marijuana, 615 pounds of semi-processed marijuana, eight firearms, 5 grams of cocaine and 10 pounds of concentrated cannabis were seized by detectives, implicating the leading suspects of the case. 13 suspects were arrested in total.

Tulare County Sheriff’s Department’s Media Supervisor Ashley Schwarm expressed her surprise at the operation being a family affair. She noted that although drug and human trafficking are not uncommon in the Central Valley, it is unusual for a whole family to be involved on an operation of such magnitude.  And in this circumstance, the Visalia family had involvement in both of them. 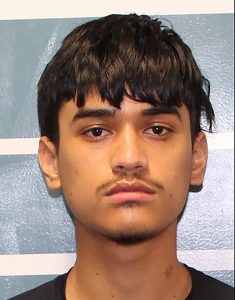 “It unfolded into this six month investigation where we found out not only was there human trafficking operation going on, but a large scale marijuana operation as well,” Schwarm said.

After they further investigated the operations, detectives believe the six named suspects were financing the operation through the illegal distribution of marijuana. Schwarm stated that it is not common for these operations to run hand-in-hand, but in this case, she described them as intertwined. She additionally noted that the victims of the human trafficking operation were used as a form of currency, and were promised to the workers of the marijuana operations for sex.

After the warrants had been served, more victims came forward to report charges of assault, rape and human trafficking against the same suspects, which led to the eventual arrest of the Visalia family and their associates less than a month later.

Schwarm noted that the targeted audience of the operation were teenage girls. The suspects would befriend and manipulate the victims with promises of money and/or material products, like expensive bags or clothes. Schwarm explained that a sudden surplus of expensive, materialistic items out of a young girl/women’s budget could serve as a red flag.

“I think for parents, it’s always a good message to make sure they’re communicating with their kids,” Schwarm said. “The more you know, and the more they talk to you, the better. And obviously, anytime you see something that looks suspicious or strange, always let [the Sheriff’s office] know if it’s nothing great.”

Parents or concerned citizens can reach out to the Sheriff’s Department about human trafficking with anonymous reports, or by contacting the phone number (559) 733-6218 through a call or text message. They can also use Tipnow.com, or contact 1 (800) Tip-now. All of which can be done anonymously.