TULARE COUNTY – Massive and intense wildfires have spelled the death of giant sequoia trees over the last several years. Hundreds have died or are dying as a result of last fall’s KNP Complex fire that burned for months. House Minority Leader Kevin McCarthy and a bipartisan group in Congress have prepared legislation to help reforestation efforts and prevention.

McCarthy (R-Bakersfield) introduced the bill to the U.S. House of Representatives on Wednesday, June 22. If passed, the Save Our Sequoias bill will first declare an emergency in order to begin reforestation efforts as soon as possible. The second part will establish more in depth plans for future reforestation efforts. 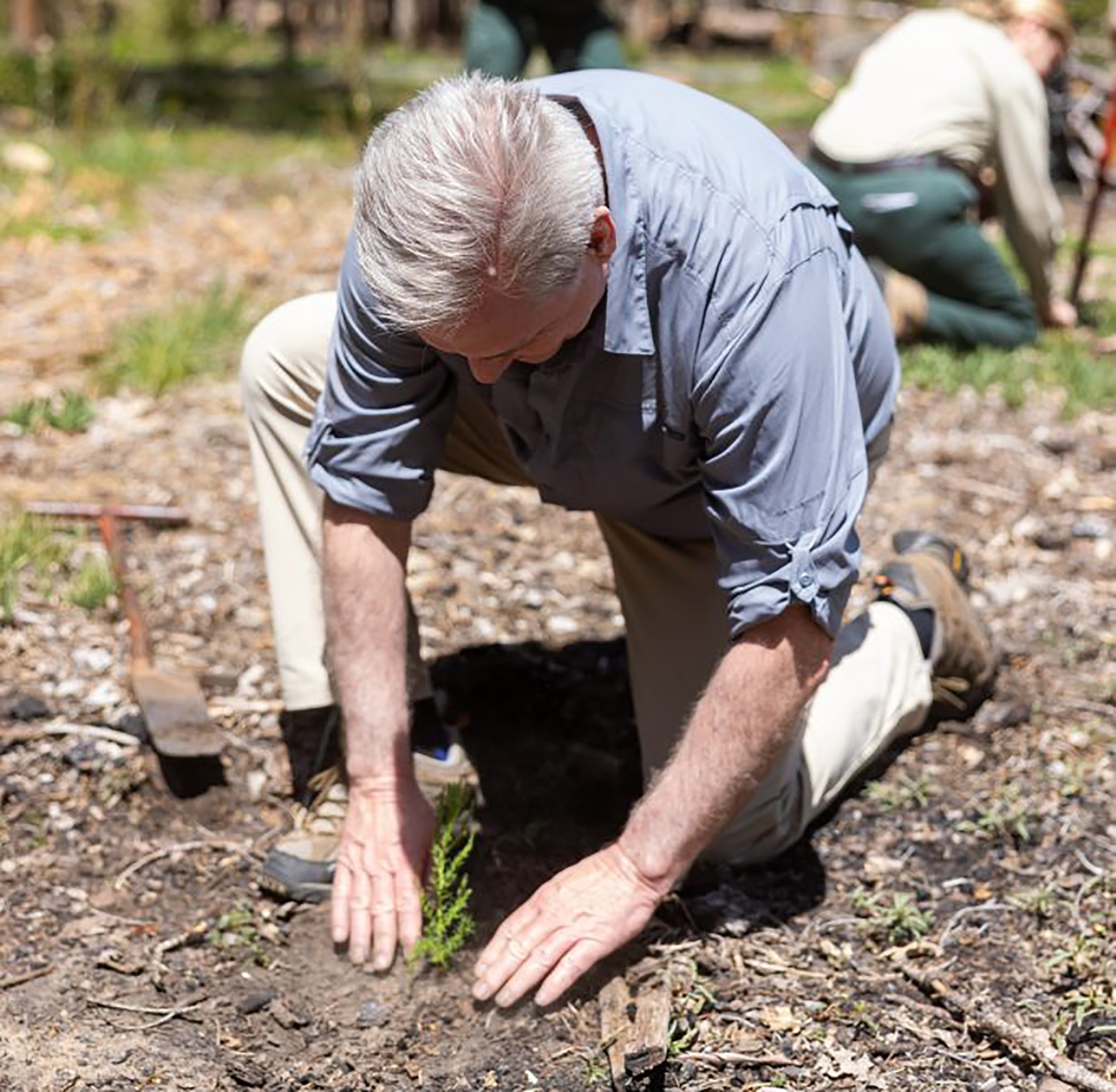 Declaring an emergency will expedite environmental reviews and maintain robust scientific analysis of what damage has occurred and what needs to be done to prevent further damage. The bill streamlines current policies already in place for protection projects including prescribed burns by allowing agencies to conduct protection projects concurrently with informal reviews including NEPA reviews, Endangered Species Act reviews and National Historic Preservation Act reviews.

The first prevention tactic will be establishing a 2000-3000 acre “buffer zone” to help remove hazardous fuel, or undergrowth that burns easily, to reduce the risk of catastrophic high-intensity fire.

The second part of the bill states that rehabilitation and reforestation projects only have to undergo a categorical exclusion review, which should take 60 to 90 days, instead of an environmental impact assessment, which can take 15 to 24 months or longer. The categorical exclusion reviews will expedite the process for approving reforestation projects.

The bill also establishes a grant program to provide funding for protection and reforestation activities. The bill will authorize $325 million over a ten year period, beginning with $10 million in fiscal year 2024-25, increasing to $33 billion by fiscal year 2033-34.

Additionally, the bill will codify the Giant Sequoias Land Coalition which will be a partnership between the current land managers including the National Forest Service, United States Forest Service, Bureau of Land Management, Tule River Indian Tribe, State of California, University of California-Berkeley and Tulare County.

On May 6 of this year, McCarthy and Westerman led a congressional delegation that included many of the bill’s co-authors to visit the Sequoia National Forest and see the damage from the fires themselves.

Sixteen sequoia groves were burned in the fire, mostly on national park service land along with some parts of Redwood Mountain Grove. Scientists estimate that 1,330 and 2,380 sequoias were killed in the fire or will die over 3-5 years after the fire.

McCarthy and Peters are working hard to pass the bill out of the house and through the senate, hoping to put it into law by the end of this calendar year.