TULARE COUNTY – After days of watching from land, boat owners are now inspecting the damage inflicted by this week’s thunderstorm up close and most have never seen anything like it.

The Lake Kaweah Marina sustained extensive damage to its docks during a thunderstorm early in the morning on June 21. High winds separated the dock from the main marina. The separation resulted in damage to several boats, some of which floated away, were partially submerged or sunk completely.

For many boat owners, news of the damage has been spread by word-of-mouth. In the absence of communication by the marina, boat owners have turned to each other for news of their boats. “We’re like a family,” said boat owner Eddie Acuna. “We’re all looking out for everybody.”

No employees for the Lake Kaweah Marina had any comment on the situation, however the Tulare County Sheriff’s Office put out an announcement that the lake remains open. They urged boaters to stay clear of the separated dock area and be aware of floating debris.

On Friday, June 24 the sheriff’s office with help from the U.S. Army Corps of Engineers moved the “no wake zone” buoys in the lak to help prevent the floating debris from spreading further into the lake. The updated “no wake zone” now goes from the Lemon Hill Boat Ramp north to the north shoreline. 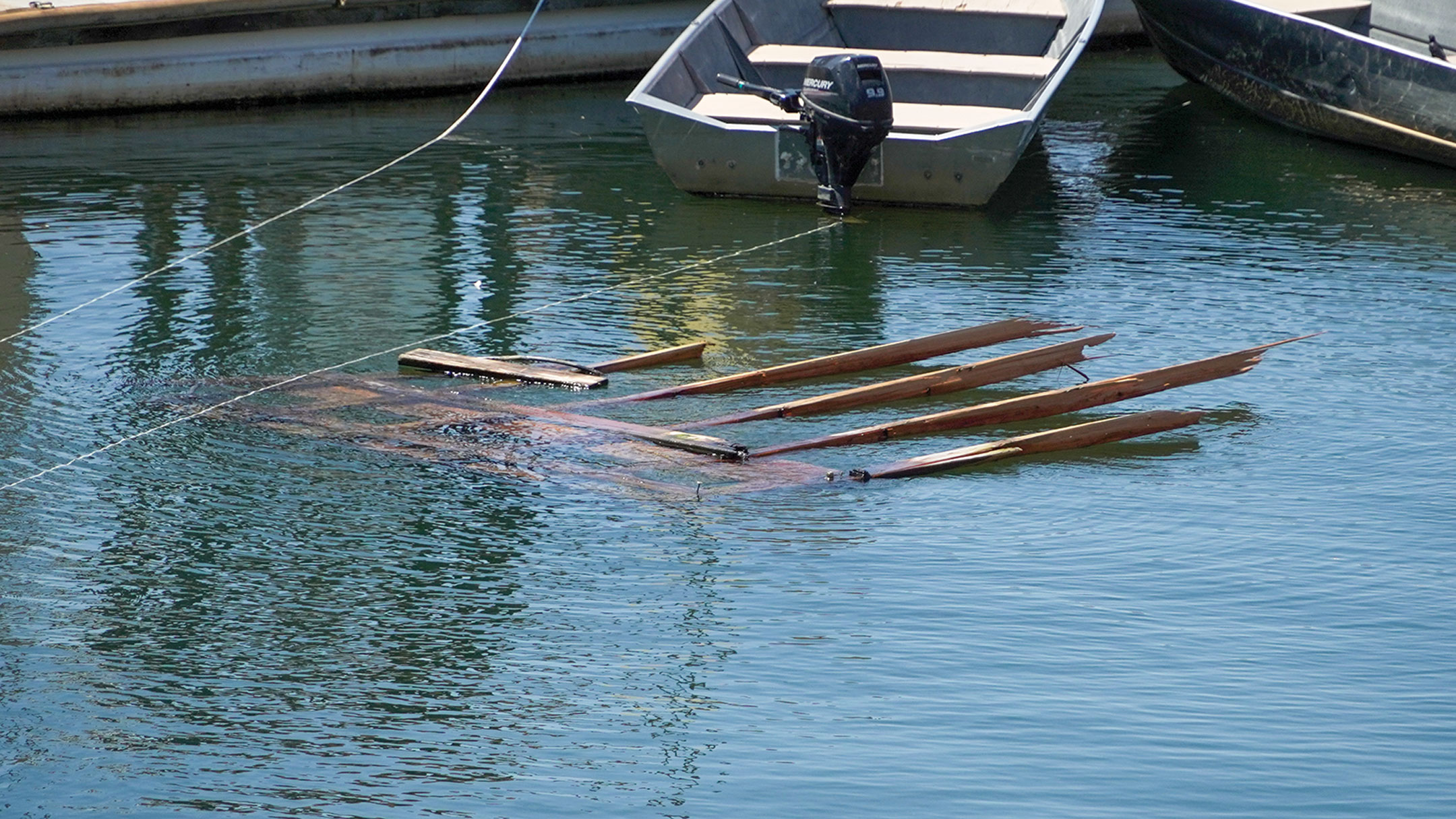 Part of the dock as Kaweah Marina is submerged in the lake after a storm damaged the dock on June 21. Photo by Rigo Moran

Boat owners who witnessed the storm quickly reported damage to other owners. Acuna got a call early the morning of June 21 from another boat owner who spent the night at the lake to come and look at the damage.

“I was working on my boat at 11 the night before the storm and when I left it was perfect weather,” said Acuna. “A lot of owners showed up at 8 the next morning to check the damage and there were whitecaps from the wind blowing so hard. You could hear the cracking and breaking of the dock, but there was nothing we could do.”

The boat owners were prevented from going down to the shoreline to assess the damage to their boats until 3 p.m. on June 21. Still on June 24, the only way for boat owners to access their boats was to wait for a marina boat to take them out on the water to look at the damage.

The sides to Acuna’s boat suffered damage as, according to him, the docks nearby were completely torn away by the storm. “It held on by one board and a D-ring,” he said. “That’s the only thing that saved my boat.”

Some boats floated across the lake and are stuck near the dam or in a small cove. Acuna said he had to call one of the owners of a sunken boat because she was not informed by the marina or the sheriff’s office. Acuna also said that several boat owners he knows are upset with the marina for the situation, citing poorly maintained docks as the cause of the damage.

According to boat owner Keith Anderson, the marina was already working on building new docks before the storm. “They may have to speed up the timeline,” he said. Anderson reported from the shore his boat did not appear to be damaged, but so far he has not seen it up close. In order to get a better look, he and other boat owners waited for a marina boat to shuttle them around the damaged docks because the walkway to the docks is unpassable.

“From what I’ve been told, they’re slowly calling people to come check on their boats,” said Anderson. “They haven’t called me yet. I just decided to come out.” He also heard that the marina is asking people with undamaged boats to take them out of the water in order to clear the way for dock repairs. 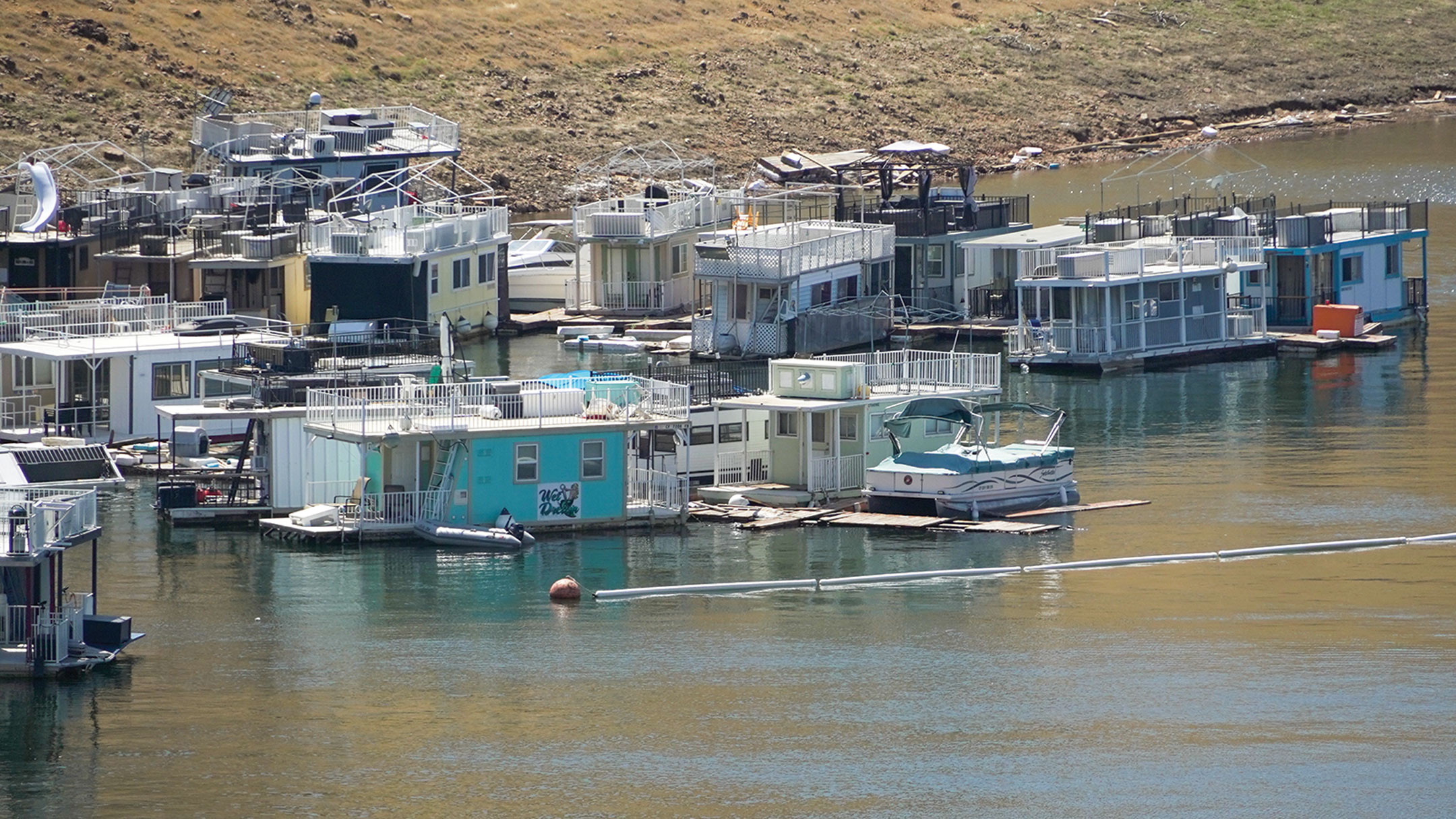 Boats at the Kaweah Marina suffered various levels of damage after a storm on June 21 wreaked havoc on the dock and vessels at Lake Kaweah. Photo by Rigo Moran