Angelica Ramirez, 10, of Hanford was raped and murdered in March 1994 but it took 28 years of dedicated police work and a new technique of DNA research to identify a suspect

TULARE COUNTY – A local family tormented by the fact the person who murdered 10-year-old Angelica Ramirez was still on the loose, began the healing process this week when law enforcement identified the man after nearly three decades of investigating the crime.

At a June 30 press conference, the family stood behind Tulare County Sheriff Mike Boudreaux as he announced the killer’s name, how he was identified and, unfortunately, that he would not be arrested, convicted or imprisoned for the crime because he was already dead.

“The Angelica Ramirez case is now officially closed and the suspect identified,” Boudreaux said. “Not the ending we all hoped for, but an ending nonetheless.” 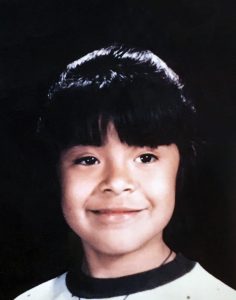 The killer was identified as Ramiro Villegas of Mexico, who immigrated to the U.S. from Mexico in the late 1960s and eventually moved to Tipton in the early 1980s before relocating to the Porterville area in the mid 1990s. During his time in Tulare County, Villegas frequented swap meets, including the Visalia swap meet where he kidnapped Angelica Ramirez on March 3, 1994. Villegas would have been 73 years old this year had he not died from complications due to Valley Fever in 2014.

“I truly pray for closure and healing for the family,” Boudreaux said. “Angelica’s killer is no longer a mystery. If there is any solace, we know that he is dead.”

Angelica’s younger sister Micaela, now an adult, spoke on behalf of the family and thanked the Sheriff’s Department for its dedication over the last 28 years.

“It took a lot of work and a lot of effort to have a face to this killer,” Micaela said. “Now we don’t have to worry this person is still out there possibly doing this to someone else.”

Micaela was among Angelica’s siblings being watched by their big sister at the Visalia Swap Meet on March 3, 1994. Angelica’s mother told authorities she and her husband, Francisco Tafoya, were operating a vending booth and had taken their oldest child, Angelica, out of school that day to watch her three younger siblings. Angelica was last seen around 10 a.m. walking away from the vending booth.

Angelica was reported missing at about 12:40 p.m. which initiated a thorough, 48-hour search of the sales yard and surrounding area by the Tulare County Sheriff’s Office. A bed sheet taken from the victim’s home allowed tracking dogs to follow a scent to the middle of the parking lot west of the sales yard. Angelica had been wearing high-heeled shoes which matched foot impressions found near the area where her scent was lost.

Just before 9 a.m. on March 5, 1994, a farm laborer reported seeing a body in an irrigation ditch on Avenue 96, about one mile west of Road 96 in Pixley. The body was later identified as Angelica Ramirez and it was determined she had been strangled and sexually assaulted.

Boudreaux said the Sheriff’s Department spent the next 28 years diligently seeking evidence and information on the case. He said detectives spent thousands of hours collecting thousands of articles of evidence, checking countess leads and theories, and conducted over a thousand interviews. They cross referenced DNA evidence from the scene with samples in the Department of Justice’s CODIS (Combined DNA Index System) Program hundreds of times and eliminated more than 200 suspects but never got any closer to identifying the killer.

DNA in a New Way

In June 2021, Tulare County Sheriff’s Sgt. Joshua Lowry partnered with the FBI’s Forensic Genealogy Unit to create a genetic profile from the DNA sample found at the scene. The profile was uploaded to two public genealogy sites, GEDmatch and Family Tree DNA, in February 2022 and was matched to someone who had submitted their DNA profile to the websites. Lowry said the DNA narrowed the list of suspects down to two generations of where the suspect would fall in the family tree  and later to just five siblings.

“The technique we used was similar to the one used for the Golden State Killer,” Lowry said.

A month later, in March 2022, Detectives received a match for a man living in the LA area and narrowed the list of family members to five siblings. In April 2022, Tulare County Sheriff’s detectives went down to LA and took DNA samples from four of the siblings associated with the DNA match. Detectives were able to rule them out as suspects, leaving Ramiro Villegas as the only remaining suspect. Through further investigation, detectives learned Villegas had ties to Tulare County during the time Angelica was murdered. 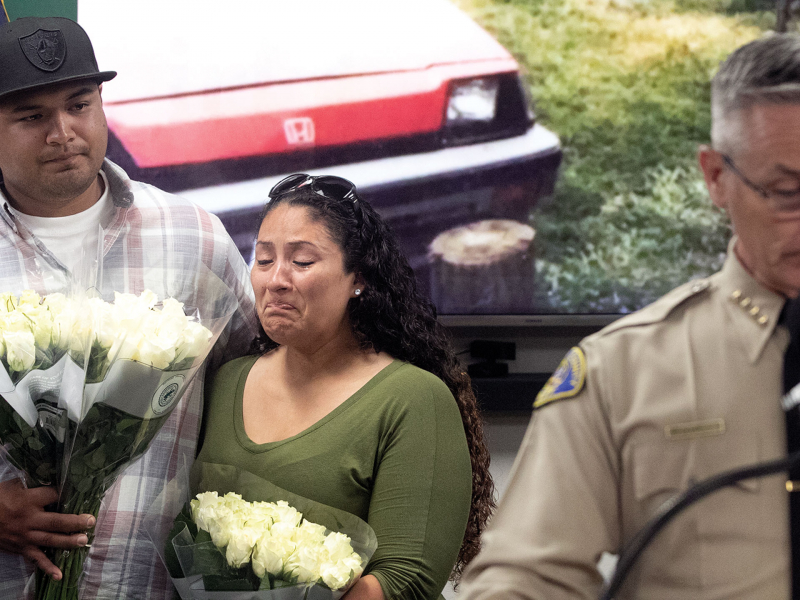 The Ramirez family weeps as Sheriff Mike Boudreaux announces they have solved the 28-year-old murder of Angelica Ramirez.

A lifelong criminal, Villegas had been in and out of the criminal justice system since 1991 but, through it all, his DNA from the scene never matched anything in the Department of Justice’s DNA database. In January 1991, he was arrested and charged with fighting in public in Delano. He was convicted, but served no jail time, and, instead, was given 36 months of probation. In March 2001, Villegas was arrested for transportation of controlled substances for sales in El Dorado County. However, there is no record of the disposition of this case. 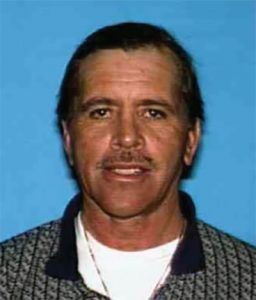 Villegas was arrested in El Dorado County again in January 2002 for three counts of transportation of controlled substances for sales, possession of a controlled substance for sales, operating a drug house and child endangerment, due to the drug operation’s proximity to a school. A month later, he was sentenced to two years in State Prison. In October 2004, Villegas was released from State Prison, turned over to Immigration and Naturalization Services and deported to Mexico.

If Villegas would have been released a month later, Boudreaux said the prison would have collected a DNA sample from him, which became common practice for convicted felons in November 2004. Had a sample been collected, Villegas’ DNA profile would have been in the Department of Justice’s Criminal Database and detectives would have likely received a hit the first time they ran the suspect’s DNA from the crime scene through the system.

“The family had no other words, they felt justice had slipped. Because he died nearly 10 years ago, they felt justice was not served,” Boudreaux said. “I promised the family we had never given up on this case. This case has always been a top priority. Solving her murder took longer than anyone ever wanted and quite frankly longer than expected.”

Sgt. Joshua Lowry answers questions about the forensic genealogy used to identify Ramiro Villegas as the suspect in the case.

TCSO detectives also learned during a June 6 interview with family members Villegas had a history of molesting and sexually assaulting numerous children that went unreported in the United States and in Mexico. Sgt. Lowry said there were two instances when he was living in the Los Angeles area before moving to Tulare County in 1981, one involving a 6-7 year old and another involving an 8-9 year old child. Lowry said Villegas also molested a 14-year-old child during his time in Tulare County, which also went unreported.

Micaela, Angelica’s second youngest sister, pleaded with the public to speak up and notify the authorities if they suspect a child has been molested, which in this case, could have been enough information to possibly solve Angelica’s murder decades earlier or even prevented it from happening by putting a criminal behind bars. 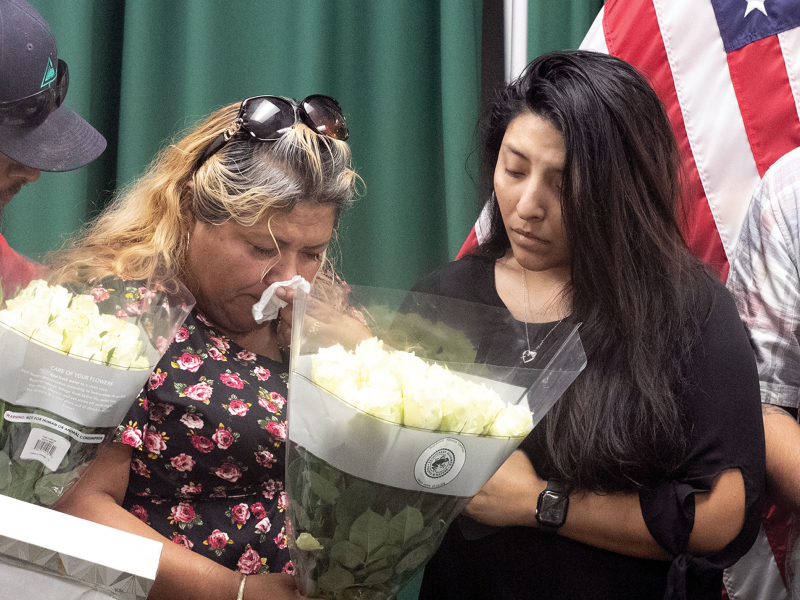 Angelica Ramirez's mother cries during the press conference knowing that her daughter's 1994 murder as been solved.