California’s 2022-23 budget includes $40 million to invest in a visitor center, community center and organic farm in the Tulare County town of Allensworth

ALLENSWORTH – The town of Allensworth in southeastern Tulare County was founded by Black settlers in 1908 on the idea that African Americans could own property and prosper in their pursuit of the American Dream. Now, more than 100 years later, the state of California is using millions of dollars to recognize the town’s past and restore its hope for the future.

California’s 2022-23 budget was signed by Gov. Gavin Newsom on June 30 and includes $40 million for Allensworth, a community of less than 600 people centered around a State Park dedicated to preserving California’s first all-Black community. More than half of the money will build a $28 million visitor center and other “interpretive enhancements.” The funding requires the California Department of Parks and Recreation to conduct outreach meetings as part of the planning and design of the center and related improvements, including educational amenities, infrastructure and park improvements. The budget also authorizes the department to give “free days” access to the Colonel Allensworth State Park over the next three years. The state park hosts more than 70,000 visitors each year.

“The new visitor center will better tell the story of this historic African American community and the contributions of its founders and members,” California State Parks stated in an email responding to questions.

Col. Allen Allensworth founded his namesake town in 1908 with the dream of creating a haven of Black prosperity free from discrimination – a “Tuskegee of the West.” Col. Allensworth was born into slavery, taught himself to read, and served in the Union Army as its highest-ranking Black officer before making his way out to California.

Black families from around the country arrived in Allensworth hoping to carve out their own “piece of the world.” They successfully worked the land, raising cattle and crops in the unfamiliar Central Valley climate.

The company that sold the land to Col. Allensworth didn’t fulfill its promise to build an adequate water system, leaving the growing population with debt and dry wells. Drought struck the Central Valley soon after the town was founded, which led to poor crop yields and further decreased vital water supplies.

In addition to challenging environmental conditions, Allensworth residents experienced racial discrimination that hindered their economic progress. Allensworth was built next to a stopover on the Santa Fe Railroad, which was a key driver of local business. But the Railroad refused to hire Allensworth residents, and soon moved its stopover to Alpaugh (a neighboring white area), hitting the town hard. Col. Allensworth’s suspicious death in 1914 was the final blow that led most of the remaining residents to abandon the town.

By 1973, Allensworth could no longer be found on a map, and what remained of the town was scheduled to be demolished. This led former resident Cornelius “Ed” Pope to launch an initiative to revitalize and memorialize his hometown. In 1974, California State Parks restored several buildings and designated it a State Historic Park and Historic Landmark.

The recognition of Allensworth’s historical importance led to a resurgence in interest in the town. Nettie Morrison was so inspired by the story of Allensworth, she moved there with her husband in 1979. She dedicated the rest of her life to advocating for the community and spearheading the town’s revitalization and was dubbed its honorary mayor.

Over nearly 40 years, Nettie coordinated hundreds of events, founded several organizations and programs, and successfully fought off planned environmental threats, such as a sludge treatment facility, a turkey ranch, and a mega dairy farm.

“We are creating an economic engine for the community to once again thrive,” Nettie’s daughter Denise Kadara said. 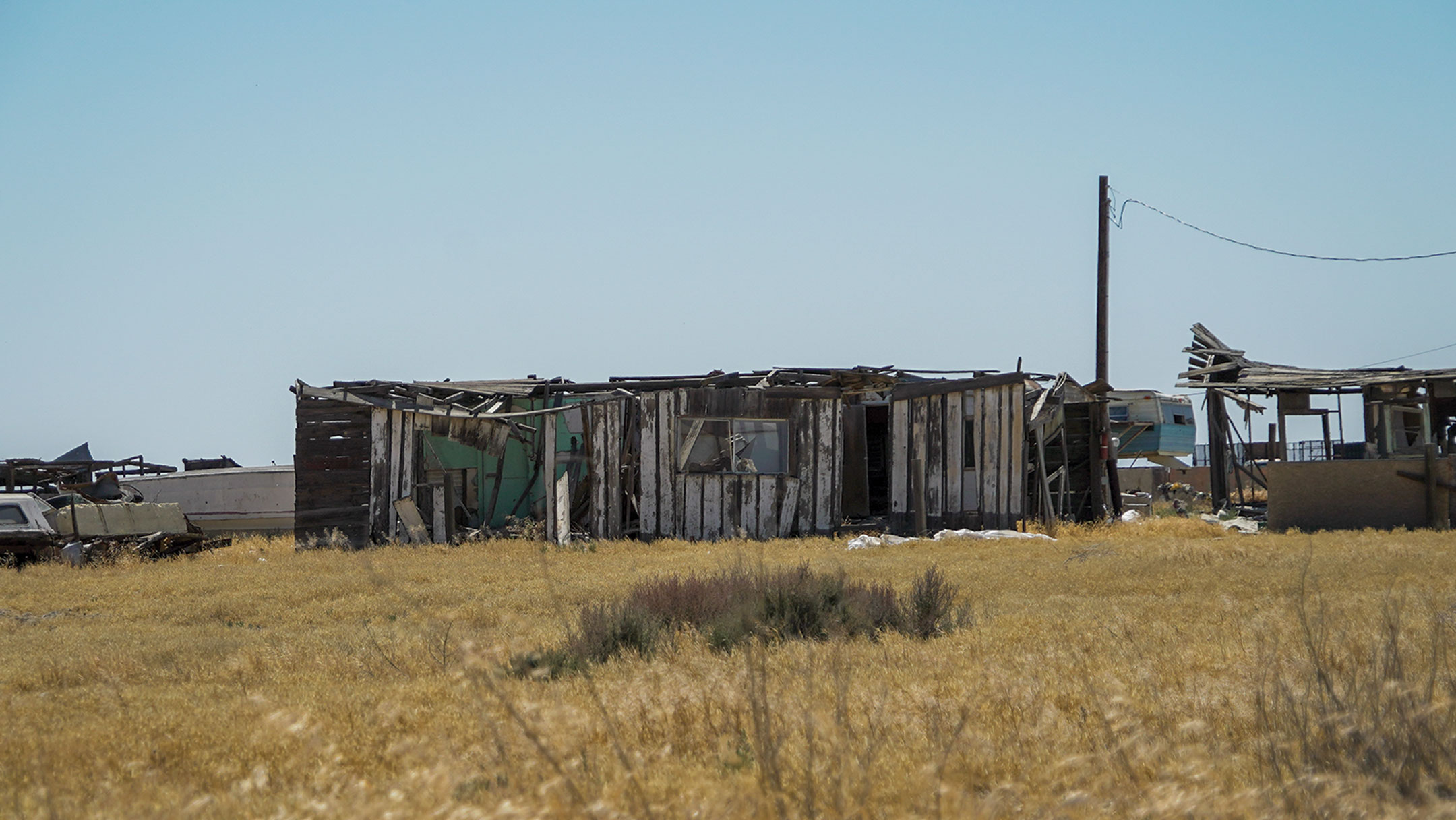 Today, Nettie’s children live in Allensworth and are building upon her legacy by continuing the fight for environmental and social justice. Along with their spouses, they are leaders in numerous areas, including the Central Valley Regional Water Board, the Community Services District, the School Board, and the development of small-scale local organic agriculture, among other roles.

Advocating for clean water is central to the town’s prosperity, as environmental conditions, technical and financial challenges, and racist land-use practices have prevented Allensworth from having safe and reliable drinking water. Residents still must buy bottled water from nearby towns due to contamination from arsenic, a naturally occurring contaminant present in much of the Central Valley water table that can cause cancer and developmental disorders.

Community activism brought in an arsenic removal pilot project in 2019, and secured $3.8 million from AB 74 and the State Water Board’s SAFER Program in late 2021 to help build a larger water supply well and arsenic treatment system. The project is scheduled to be completed in March 2023.

Nettie’s daughter, Denise Kadara, is the first African American acting chair of the Central Valley Regional Water Quality Control Board. She uses her influence to represent disadvantaged communities and speak on their behalf.

Center of the Future

In an effort to not only invest in Allensworth’s past, the state is also providing nearly $12 million to provide the community with the future Col. Allensworth dreamt of more than a century ago. After years of trying to find funding to build a community center, Denise Kadara and her husband of 43 years, Kayode, now have $1.6 million to begin the process. Denise said the community center could house community services programs, the local water district, and space for education and events.

“Allensworth had everything. We’re trying to bring it back,” Denise said.

The state is providing another $10 million to expand the TAC Teaching & Innovation Farm in Allensworth. Following in the footsteps of the town’s found, another African American military man is leading Allensworth back to its roots. Former Air Force Chaplain and United Methodist Minister Dennis Hutson, Denise’s twin brother, founded the TAC Farm in 2007 along with his brother-in-law Kayode to create some economy for the community and educate residents and visitors about sustainable agriculture and Allensworth’s historical significance.

“The town of Allensworth was founded based on the belief in sustainable farming methods and self-sufficiency, a spirit TAC Farm would like to further animate in the town and share with visitors,” the farm’s website says.

By planting cover crops, native plant hedgerows and windbreaks, and applying compost, TAC Farm is creating healthy soil, sequestering carbon and providing habitat for beneficial insects, birds and other wildlife. The farm grows many crops that were originally grown by the town’s founders including okra, black-eyed peas, collards, mustards, kale, swiss chard, cantaloupe, watermelon, alfalfa, oats and edible Jute leaf. TAC also plans to raise rabbits and earthworms, the latter of which is used for composting and to sell for fishing and gardening.

The farm uses drip irrigation to conserve water and save manpower and organic farming practices, such as planting cover crops and applying compost on the fields, to improve the soil’s fertility and sustainability.

“We are stewards of this earth, this creation. As stewards, it is so important for us to be able to work in harmony with nature, not against it,” Hutson told the Wild Farm Alliance in a 2021 interview. “As we work in harmony with it, we increase the likelihood of all benefiting as opposed to just humankind while the Earth is destroyed. We are out of balance right now which is why we have to do corrective measures.”

Col. Allensworth’s vision of a self-sustaining Black community is very much alive today. Allensworth remains a symbol of freedom and determination – “the town that refuses to die.”