Multi-talented performers Henry Rollins and Amy Grant are both coming to Fox Theatre this October, tickets are on sale now

VISALIA – Henry Rollins and Amy Grant are coming to Fox Theatre in almost back-to-back performances one week apart this October.

On Tuesday, Oct. 4, first on stage is musician, writer, spoken-word artist, actor and presenter Henry Rollins on his 2022 “Good to See You” tour. The performance starts at 8 p.m.

Rollins is a talented performer with shows as an actor, DJ, voice-over artist and TV show host that keep his schedule booked. He has toured the world as a spoken word artist, frontman for both Rollins Band and Black Flag and as a solitary traveler. His curiosity has driven him to visit less-traveled areas in places such as Nepal, Sri Lanka, Siberia, North Korea, South Sudan and Iran. 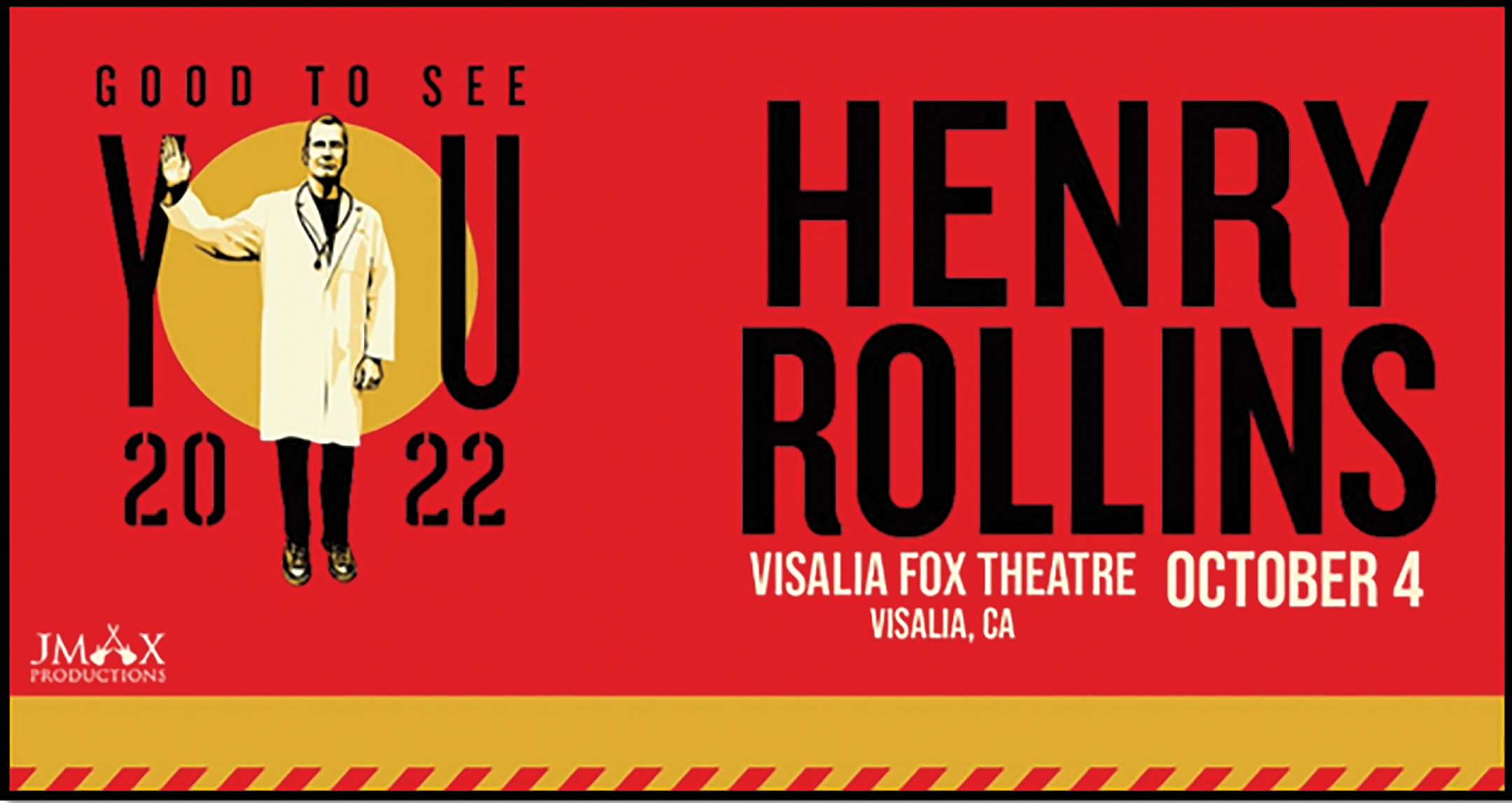 Rollins received the Ray Bradbury Creativity Award in 2014 for recognition of his lifelong contribution to the arts, passion for social activism and his intense passion for maintaining books and libraries. In addition to writing weekly columns for LA weekly and Rolling Stone Australia, he also hosts a weekly radio show on L.A.’s National Public Radio affiliate KCRW.

Following his performance, Contemporary Christian Music (CCM) artist Amy Grant will be performing on Tuesday, Oct. 11 at 8 p.m. with doors opening at 7 p.m. Grant is the first artist in CCM to have a platinum record, hit No. 1 on pop charts and perform at the GRAMMY Awards. Since then, Grant has made her way through more than 30 years as a singer-songwriter, author, television host and speaker.

From early on, Grant’s voice became recognizable in both the Christian and pop worlds. Over the years she has sold more than 30 million albums world-wide, including three multi-platinum, six platinum and four gold. Her chart performance has been consistent through her career with six No. 1 hits, 10 “Top 40” Pop singles, 17 “Top 40” Adult Contemporary tracks and multiple Contemporary Christian chart-toppers. Grant’s success has yielded her 6 GRAMMY Awards, 26 Dove Awards, a star on the Hollywood Walk of Fame and a star on the Music City Walk of Fame. She was also recently inducted into the Gospel Music Hall of Fame in Nashville in November 2021. 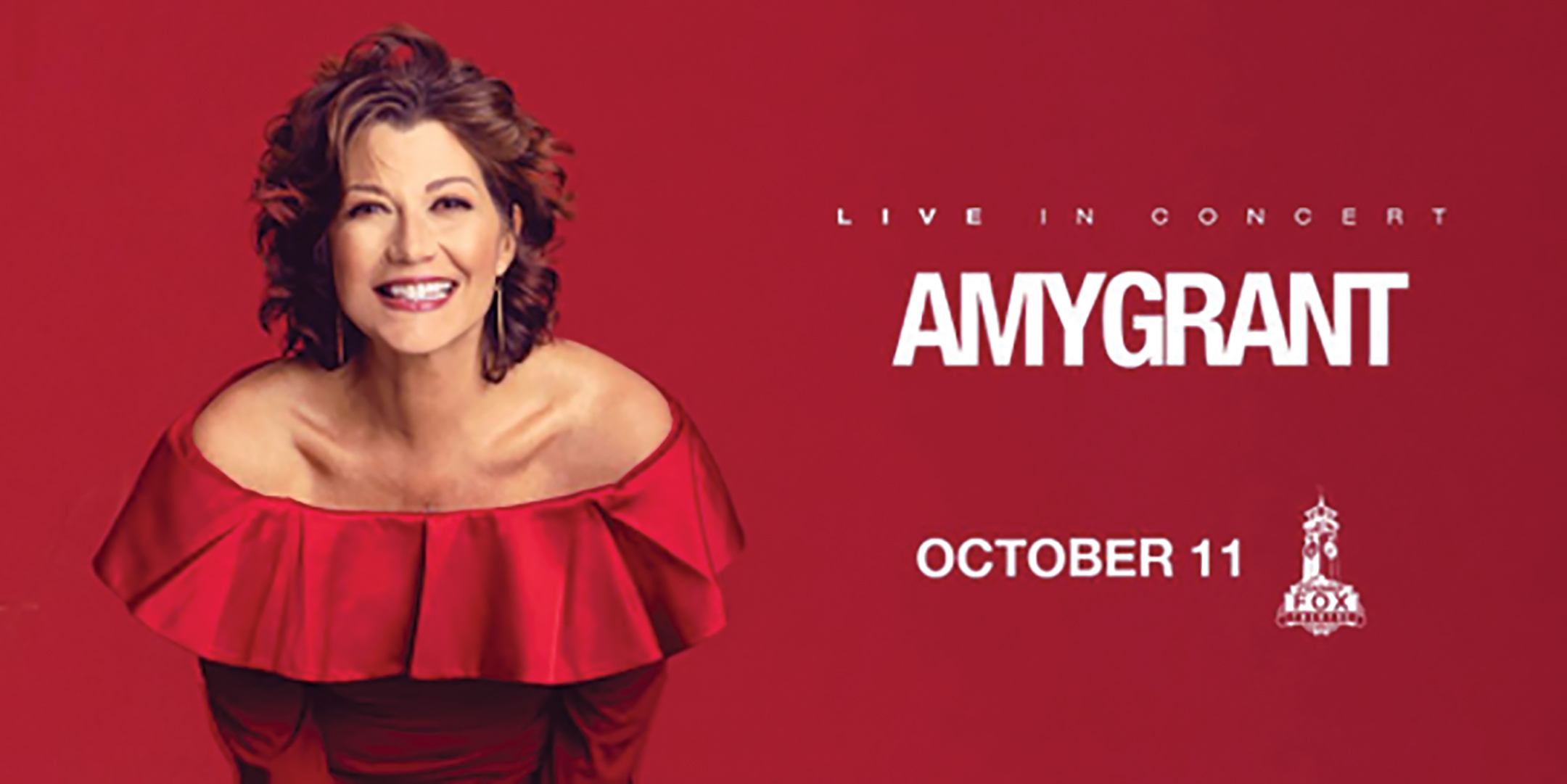 In April 2016, Grant celebrated the 25th anniversary of her first pop hit “Baby Baby” with a worldwide release of a new version of the song. The song features fellow Capitol Music Group artist and pop sensation Tori Kelly. As her Christmas branding gained more attention, Grant released “Tennessee Christmas” in Oct. 2016, her first Christmas album in nearly 20 years. She is always looking forward to national arena symphony Christmas tours every November and December with her long-time friend Michael W. Smith. She also looks forward to annual Christmas residency at the world-famous Ryman Auditorium in Nashville with her husband and country superstar Vince Gill.

Grant has also streamed across millions of television screens in America after hosting the NBC prime time series “Three Wishes” in 2005. Through the people she met and stories collected, she was inspired to create more music and even wrote a book. Her book “Mosaic: Pieces of My Life so Far” was published in 2007. She continues to share her stories with audiences over the country as a keynote and inspirational speaker.

Grant resides with her family in Nashville, Tennessee. She is widely known for her philanthropy and involvement in local causes and charitable organizations. Her organization The Helping Hands Foundation has afforded her the opportunity to identify needs around her and the resources to help meet them.

For ticketing information on both performances please visit www.foxvisalia.org/events/, call 559-625-1369 or stop by the Fox Theatre box office.