VISALIA – Plans for a second Costco and more homes in Visalia are on hold and may be in jeopardy following a recent court ruling about the city’s land use policies.

On July 21, Tulare County Superior Court Judge David Mathias ruled against the city over their decision to forego charging ag land mitigation fees from developers who want to bring farmland into the city for urban development. Under the city’s initial 2030 General Plan, the document guiding the city’s growth, developers, primarily home builders, would have had to pay into a fund the city would use to preserve ag land somewhere else in exchange for allowing other farmland to be developed.

Adopted in 2014, the city’s general plan featured a three-tier system to encourage development first in Tier 1, land closest to the city center, before allowing subdivisions in Tier 2 and 3 to promote infill development and avoid urban sprawl. The city has already developed Tier 1 land for residential and commercial projects and Tier 1 and 2 for industrial projects, meaning the ruling is now in effect for Tiers 2 and 3.

City Manager Leslie Caviglia said the ruling will pause all development in the latter tiers, including a second Costco planned for the northeast corner of Shirk Road and Riggin Avenue, until the city decides its next steps in the wake of the judge’s ruling. The city was preparing to rezone the corner for retail commercial use to make way for the warehouse grocer.

If Costco backed out of the property it would be a significant loss for the city. The current Visalia Costco remains one of the busiest retailers in town and is said to be near the top in sales in the chain, according to local real estate experts. In 2018 it was estimated the store generated $230 million in sales annually and increasing every year. Costco is likely the top contributor to Visalia’s all-important sales tax revenue with an anticipated increase year after year. The typical store is 160,000 square feet and worth an estimated $80 to $100 million in construction,  according to the box retailer’s industry standards. The average store employs 250 to 300 people with wages around $20 per hour. 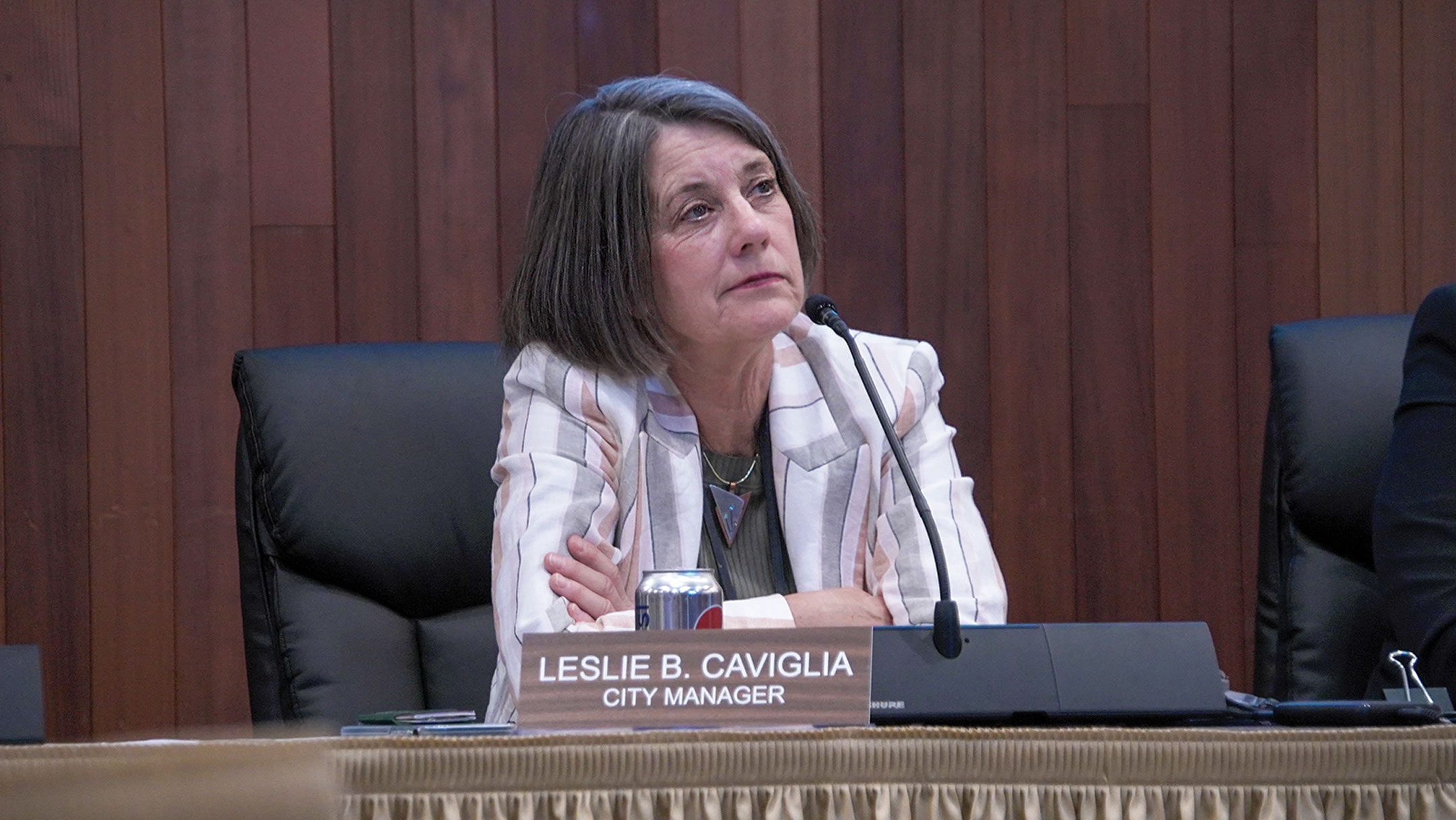 A court ruling over the Ag Mitigation Program and the city's general plan puts in danger housing development and a proposed second Costco. Photo by Rigo Moran

“There are lots of options and the city will begin discussing those this month,” Caviglia said.

Visalia Mayor Steve Nelson says he was “surprised – thinking the plan we made was ironclad.” Now he says he understands “this is not a minor fix and we need to know if this will delay us.”

The environmental association known as the Sierra Club and Central Valley Partnership, a social and environmental justice group, challenged the city’s decision last August to remove the Ag Mitigation Program (AMP) fee requirements from its 2030 General Plan. The petition for writ of mandate contended the city lacked substantial evidence to support removal of the AMP requirement; and that the city abused its discretion by preparing an “addendum” to a previously certified environmental impact report (EIR) for the policy change rather than going through the process to do a new or supplemental EIR.

The mitigation policy has been championed by those who want to discourage sprawl on the outskirts of the city and promote infill within the city. The fee developers would help buy the mitigation land on a one-to-one basis.

Sierra Club attorney Babak Naficy commented,  “that the city of Visalia will be mandated to rescind their amended policy” adding that the city consultant study on the plan was faulty.

Judge Mathias agreed in his ruling: “The court finds use of an addendum in the circumstances of this case is not supported by substantial evidence in the record, and, therefore, grants the petition. The court’s ruling is confined to this limited issue, and specifically does not extend to the ultimate issue of whether the AMP requirement may or should be removed from the general plan.”

Last August the city filed a Notice of Determination for General Plan Amendment No. 2021-01.  An addendum was prepared to amend Land Use Policy LU-P-34, removing the AMP requirement for developing Tiers 2 and 3. For residential uses, the threshold to move to Tier 2 is the issuance of permits for 5,850 housing units.

The city claims other mitigation measures would have been retained by staff and that farmland will inevitably be lost to other factors, such as groundwater pumping restrictions, but Mathias said the city’s opposing brief failed to address how the lack of the AMP requirement specifically would affect outcomes.

“The fact that other mitigation measures would remain, and that farmland loss would remain significant, does not establish whether or not loss of the AMP requirement mitigation measure would, itself, have a significant impact on farmland loss,” Mathias wrote. “Again, however, evidence that loss of agricultural resources would be significant and unavoidable, notwithstanding implementation of an AMP, does not necessarily establish that removing the AMP requirement will not result in additional significant impacts.”

Mathias noted the city’s own 2030 General Plan concluded the AMP requirement should be included in the policy despite the fact farmland losses would be significant and unavoidable. The judge goes on to state agricultural conservation easements, like those associated with the AMP, may not prevent the urbanization of farmland but are a tool that can help slow it down. Mathias said the city was clear about its concerns that the AMP would not be effective from the beginning, which seems to be its primary reason for removing it.

“In any event, however, the city did ultimately decide to adopt the requirement to establish an AMP as part of the 2030 General Plan, and in so doing, recognized, at least implicitly: that an AMP requirement was a warranted mitigation measure at the time,” Mathias wrote.

City staff argued that circumstances had changed in the six years since the General Plan was first adopted in 2014. Their feasibility study suggested  that a local City-wide AMP may result in “a patchwork of easements not contiguous enough to sustain economic viability”. Also that effectiveness of such a program is questionable and the cost of purchasing easements “would be cost-prohibitive.” A study said the average median density home would cost an extra $585 due to AMP fees.

The judge did not rule on the merits of the AMP but against the city’s decision to forgo a full environmental assessment of not having the policy in place. The ruling means that the ag mitigation program will stay for now.

Some 51% of the Visalia Planning Area is classified as prime farmland. The 2030 General Plan assumes as Visalia grows to full buildout it will develop 14,265 total acres of important farmland, of which 12,490 acres are prime farmland. 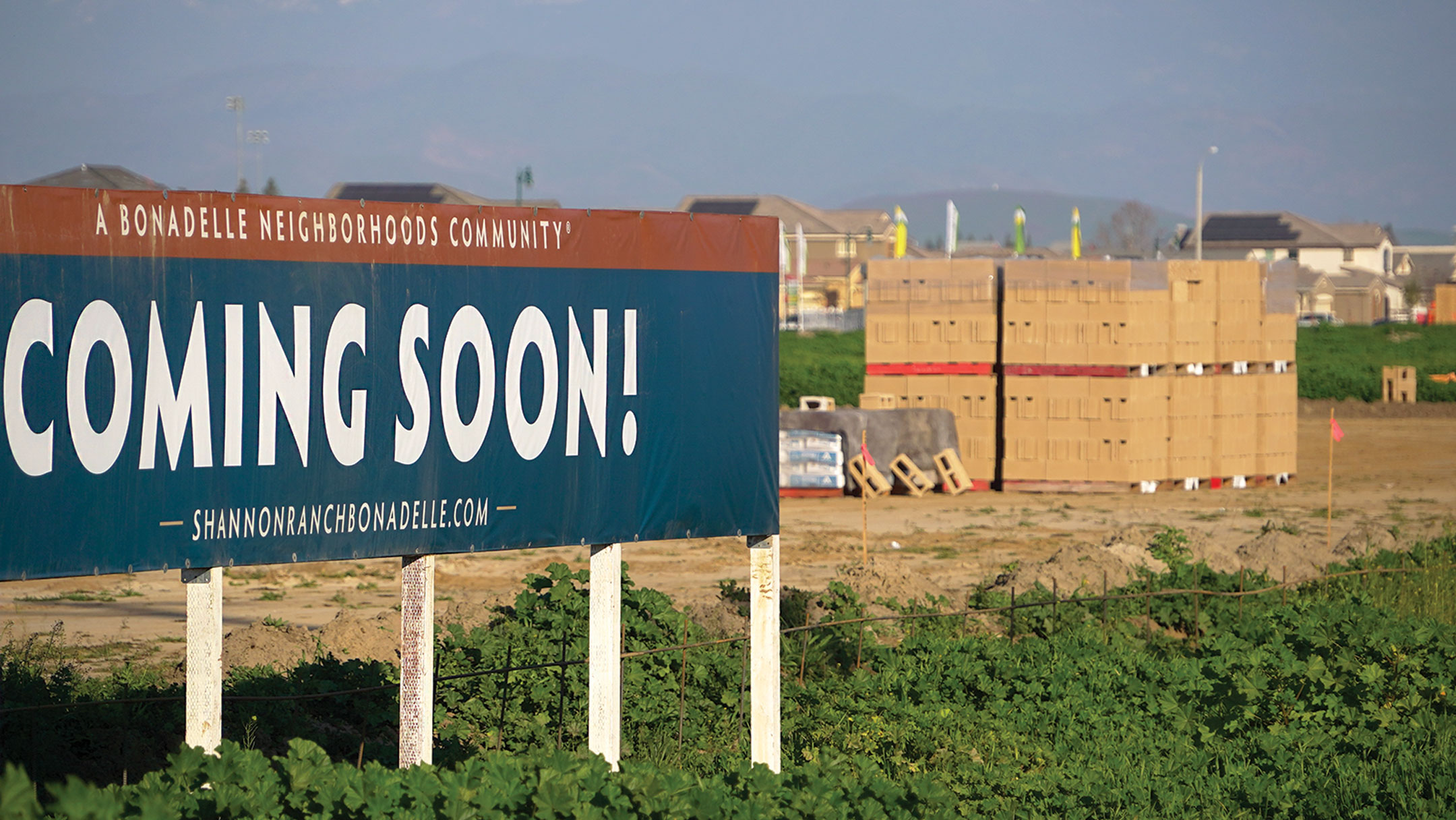 Desperately needed housing will be put on hold until the city of Visalia conducts an environmental impact report that will likely takes months to over a year. Photo by Rigo Moran

The judge’s decision puts new applications for subdivisions in Tier 2, some 1,500 acres inside the urban boundary, in limbo. Home builders ready to develop in Tier 2 may have to wait until the city goes through a full EIR to remove the AMP from the general plan, a lengthy process that could put off new approvals for months or even years and with an uncertain outcome. The timing is troubling for the city as most of Tier 1 land has already been subdivided, underscoring the need to begin building in Tier 2.

Mayor Nelsen said there are seven Visalia housing projects ready to move into Tier 2 in the pipeline after several years of increased permit activity.

“For those seven projects to move forward, we need to iron this out,” Nelsen said.

An example of a Tier 2 application that appears to be stalled is a request submitted last April for the Belissa Residential Community Project, a 477-unit, low, medium, and high-density residential development with commercial and open space on 58.78 gross acres within the city of Visalia planning area. The proposed project site is located within the Urban Development Boundary Tier II, north of the Visalia city limits. The site is located north of Riverway Avenue and East of Demaree Street on vacant land behind an existing single-family residential subdivision. The builder appears to be Clovis-based Wathen Castanos.

Theoretically, the city could simply start to collect the AMP fee from developers so as not to slow plans while they wait to sort out Visalia’s long term policy. If the AMP is implemented, development projects within the city that convert important farmland to urban uses may be required to conserve farmland outside the city or pay an in-lieu fee. The plan had been for a local land trust like Sequoia Riverlands Trust to implement the program resulting in protected lands in a greenbelt around the city long term, such as maintaining a separation between Visalia and Tulare.

National home builders who do business in the city are among the nation’s largest including Beazer Homes, Lennar, DR Horton and Pulte Group which owns Centex. Woodside Homes is a national company now owned by a Japanese firm. These companies are used to such mitigation plans in other jurisdictions such as Kern County.

Even though the General Plan was adopted in 2014, nobody has had to pay the AMP fee yet since the Visalia City Council changed the plan before Tier 2 was opened for development. Now the city is in a pickle wanting to encourage development to continue but suddenly pressed to require builders to start paying the mitigation fee or hurry up and wait.

This legal news comes just as the local home building activity appears to be slowing down due to high mortgage interest rates induced by the Federal Reserve. The latest  construction statistics indicate that in June and July 2022 local builders obtained permits for 88 new single family homes compared to 160 new homes for the same two months in 2021.