VISALIA – A Farmersville store owner was sentenced to life in prison for killing his landlord and hitting his son over the head with a hammer over a disagreement about their lease.

On Friday, Aug. 5,  Harbhajan Mundi, 65, was sentenced to life in prison for shooting and killing his landlord and injuring others on July 24, 2018. Mundi was convicted of first-degree murder, mayhem and assaultwith a firearm and special allegations that he personally and intentionally discharged a firearm causing great bodily injury or death in Dec. 2021 . The same jury that found him guilty also determined he was sane during the commission of the crime. 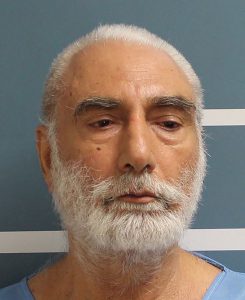 According to the District Attorney’s office, in 2018, Mundi, owner of what was then Aztec Liquor in Farmersville, was arrested for shooting and killing his landlord. The DA’s office stated that Mundi was unhappy with his lease. Mundi requested a private meeting with his landlord, where he proceeded to pull a gun from his pocket and aim it at the victim. The victim’s son saw the gun and attempted to intervene, but Mundi began shooting. The victim was hit in the stomach and his son was hit in the foot and neck. One of the victims called 9-1-1 while others present detained Mundi.

As police officers arrived, Mundi ran to a room in the back of the store to retrieve a hammer he had hidden. He proceeded to hit the victim in the head with the hammer three times while he was on the phone with 9-1-1. Mundi was then detained by police as officers and EMS attempted to stabilize the victim who died five days later.