VISALIA – Visalia Rawhide’s first female broadcaster is adding to her list of historical strides now that she is the first woman to have broadcasted for the Arizona Diamondbacks.

“It was a dream come true, really,” Gearin said. “I got to the broadcast booth a little bit earlier than the other Diamondback staff, so I was able to really take in Dodger Stadium in the booth, by myself, have a moment to really enjoy it before it was time to go to work.”

Gearin said she was thrown into the fire from a home run made by Diamondback player Daulton Varsho, who played a season for Rawhide in 2018. However, she said the play grounded her by reminding her to enjoy herself and get to work, just as she’s broadcasted a hundred times before.

“That was pretty spectacular, for it to be a quick MLB highlight for me,” Gearin said. “First pitch, and I’m immediately broadcasting a home run.” 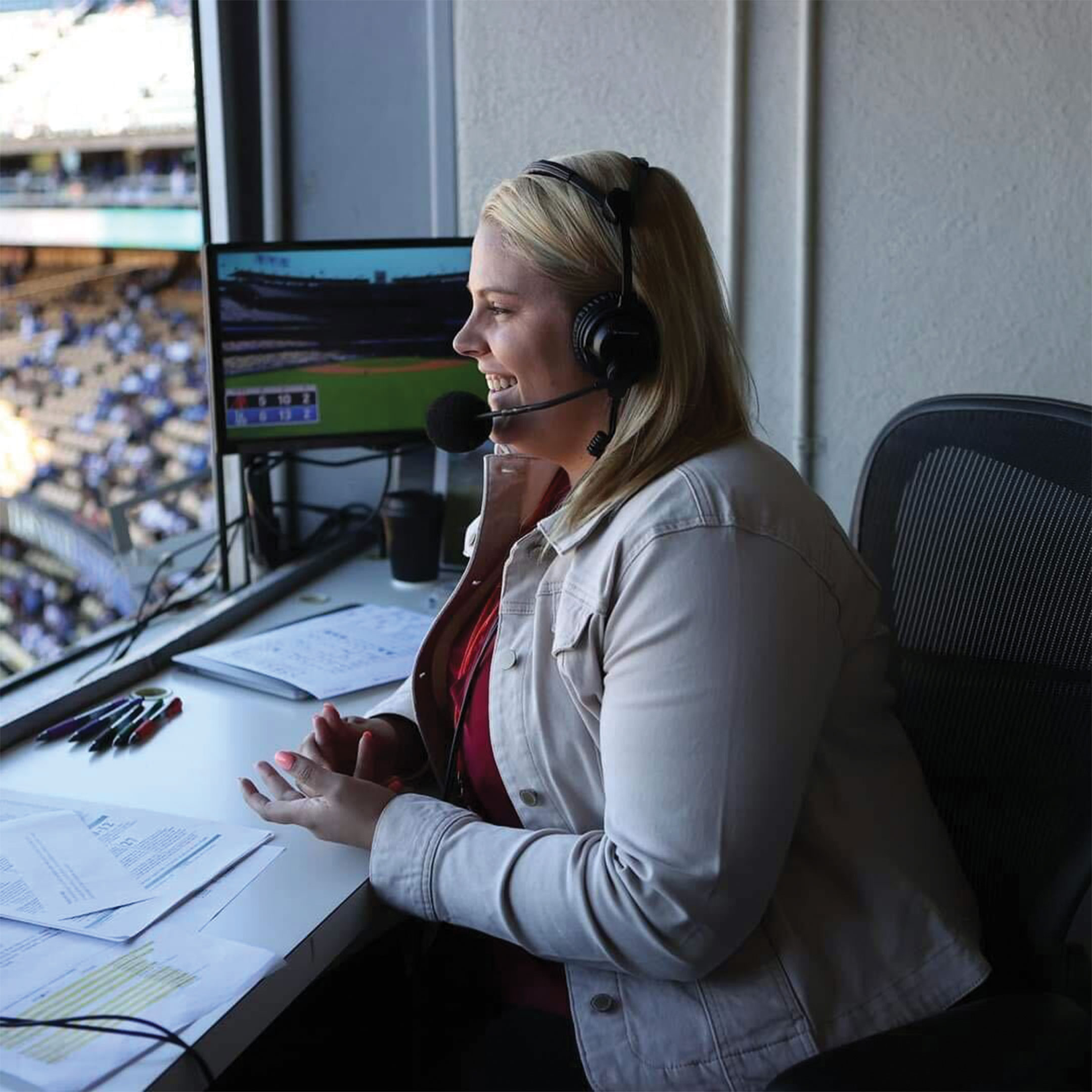 Jill Gearin is the first female to broadcast a game for the Arizona Diamondbacks. Photo submitted

Gearin is the first female broadcaster in Rawhide’s history. She started her career with the organization in 2019. With the opportunity to broadcast for the Arizona Diamondbacks, Gearin said this experience shows that her hard work is beginning to pay off. In a male-dominated field like baseball, Gearin said she’s had her share of sexist comments and has dealt with situations solely because she is a woman.

“Being able to prove people wrong was really nice for me, and just being able to have little girls know that they can do [this],” Gearin said. “Baseball is starting to have more and more women in different departments, and I think it’s really important that we continue to write these stories about the women that are coming up in major league baseball, because little girls might not know that’s an opportunity for them.”

Gearin said she hopes this will open the door of opportunity for her career, as working full time for a major league baseball team is her goal. However, she also hopes that by holding her own during the Diamondbacks broadcast and receiving positive feedback will show people that they can hire more women into these roles.

“We didn’t set down dates, and I wasn’t really sure if anything was going to come to fruition,” Gearin said. “But we kept in touch throughout the year.”

Gearin said Geyer eventually decided on the doubleheader game because it made the most sense. The current play-by-play broadcaster for the Diamondbacks Chris Garagiola, who broadcasts when the team is playing away from their home turf, had 18 innings of the Los Angeles game to broadcast. To give Garagiola a break, Gearin stepped in for innings three through five.

“With me being from Los Angeles, it was a really easy game to get to for me,” Gearin said.

Gearin said it was a fun experience to wake up in the morning in Los Angeles and have her mom there to help her prepare for the game with moral support. Although the traffic in Los Angeles isn’t great, Gearin said it’s a drive she is used to and having that comfort level was important to her.