LINDSAY – The Lindsay Cardinals soared out of reach of the Granite Hill Grizzlies for their second league win of the season.

The Cardinals have finally grown their flight feathers after a somewhat disappointing start to their season. Against the Grizzlies, they played their combinations and left their opponents scrambling for the ball. After this 3-0 sweep, they are third in the East Sequoia League.

“Everyone has started doing what they’re supposed to be doing,” Lindsay head coach Angel Leon said. “We were just starting to get the ball up and now we’re actually hitting the ball.” 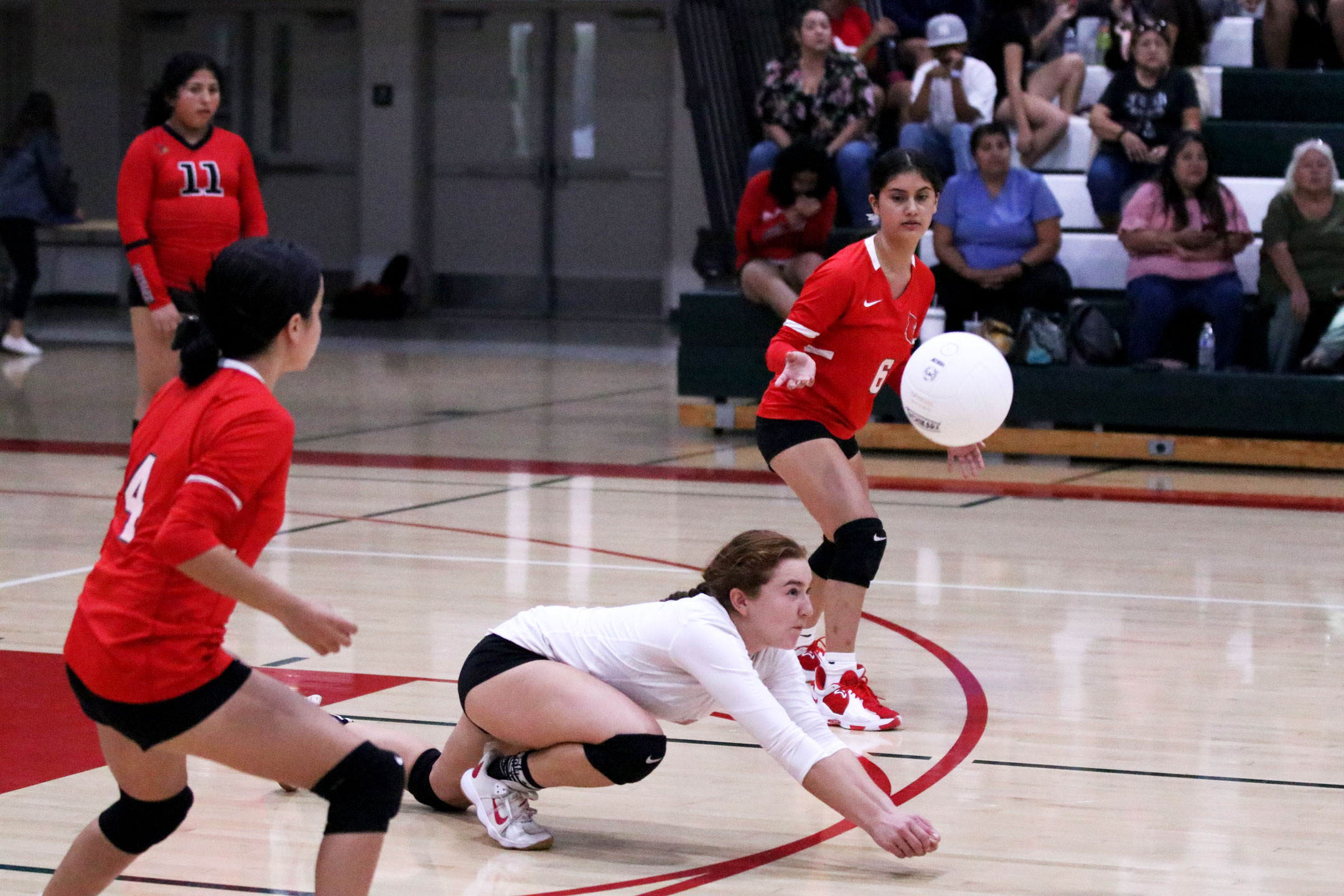 Lindsay's libero Gabriela Leon digs a ball out of the center of the court to give her team a chance at extending their lead over the Granite Hills Grizzlies on Tuesday, Sept. 27.Photo by Claire Livingston

Captain Kiara Diaz was a key hitter for the team while setter Alyssa Ramirez was brilliant at getting the ball up. But Leon identified captain and libero Gabriela Leon as the player that stood out the most during the game. On the very first serve, she dove into the middle of the court to dig the ball out.

“Probably our number one passer in the back,” Leon said. “She’s all over the court.”

While the Cardinals were executing their combinations, the Grizzlies struggled to get the ball to their setter, let alone set up for a hit on the other side of the court. They were unfortunately plagued by errors during the game, which cost them several points.

The Grizzlies definitely hustled throughout the game, but with the Cardinals’ hitters flying over the net and sending kill after kill at them, they failed to get underneath the ball. When they did set up a combo, their hitters struggled to get the ball over the net.

“We’ll work on conditioning and fixing those small mistakes and getting prepared to play,” Valencia said. 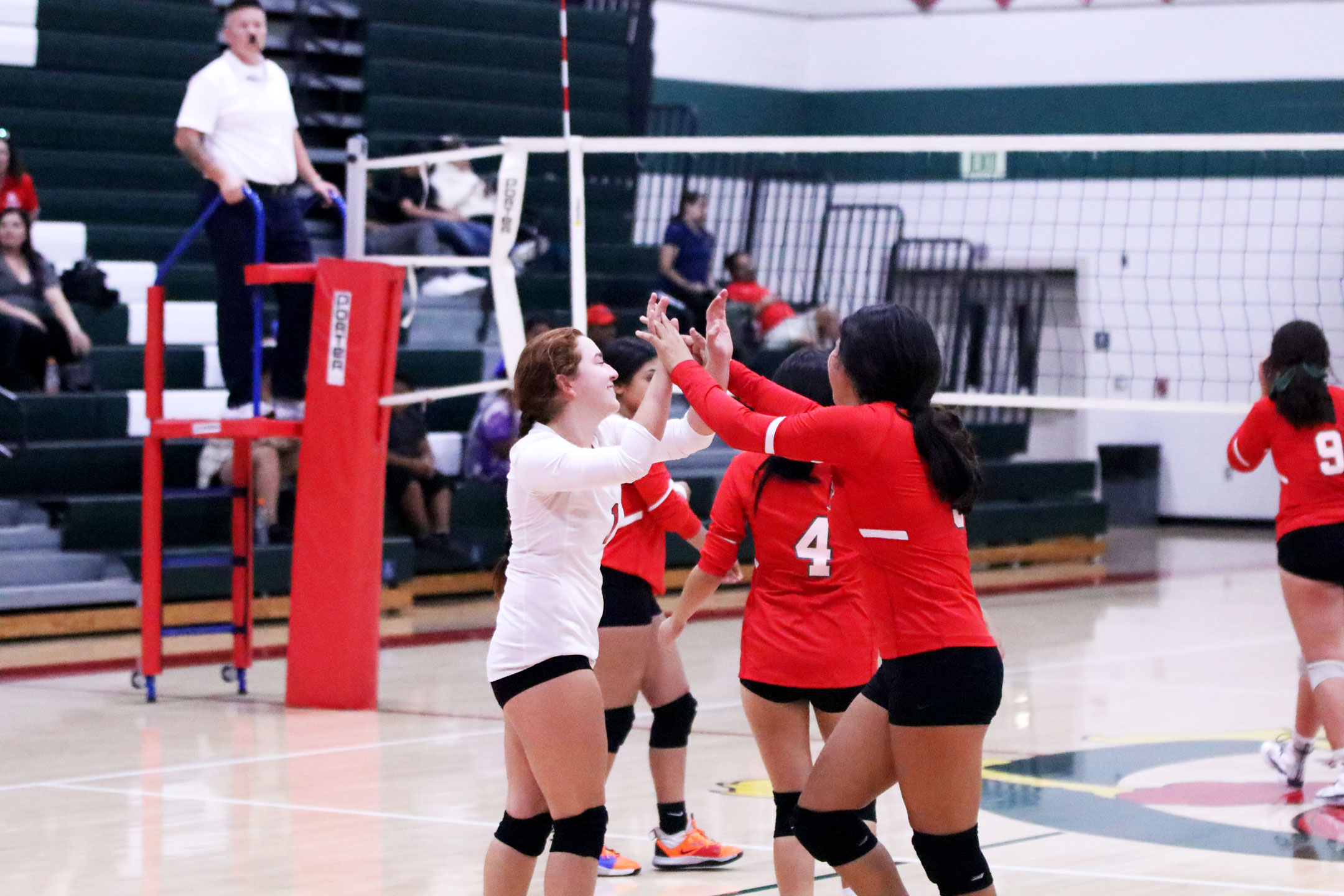 Lindsay celebrates a point during their victory of league foe Granite Hills. Photo by Claire Livingston

The Granite Hills Grizzlies will face the Strathmore Spartans on Sept. 29. They are currently fifth in the East Sequoia League.

“We need to increase our speed in the middle,” Leon said. “We’re slow on our transitions too.”

The Lindsay Cardinals will travel to face the Orange Cove Titans on Sept. 29. They are currently tied with Strathmore for fourth place in the East Sequoia League.