Springville’s post office has a new postmaster, who will overseeing mail operation and providing service to the community of 973 residents

SPRINGVILLE – After 21 years of working for the postal service, Amber Davalos was sworn in as one of the highest supervisor positions at a post office. 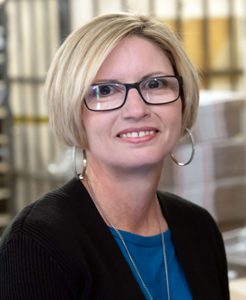 “I am proud to serve as the Postmaster of Springville and help this tight knit community continue to grow with the Postal Service,” Davalos said in a statement.

As the postmaster of Springville, Davalos will supervise six employees and oversee the retail services and the daily distribution of mail to over 1,680 delivery stops, 680 P.O. Boxes and four highway contract routes, all to a community of over 973 residents.

Davalos has been a postal employee for 21 years, first beginning in 2001 as a clerk in Porterville’s post office. She also worked at post offices in Ivanhoe, Richgrove, McFarland and Lindsay before coming to Springville. She stepped into her first management role in 2017 as a supervisor after she transferred back to the Porterville office in 2005. She also served as officer in charge in various post offices.

Davalos will follow in step with a tradition that is older than the United States. The first postmaster general was Benjamin Franklin, who was appointed on July 26, 1775 by the Continental Congress, almost a year before the U.S. won their independence. When Franklin was appointed to this position, the United States Postal Service grew as a result, and has stayed around for 247 years.

Being a postmaster today looks much different than the days of mules or horse drawn carriages delivering letters. Davalos will join over a thousand other postmasters throughout the state of California, and will have more managerial responsibilities, not only overseeing staff, but also establish letter carrier routes and enforce the USPS rules and procedures.