TULARE COUNTY –  Five years after being sentenced to life in prison, the Tulare County District Attorney’s office denied parol for a man involved in a murder on New Year’s Day in Orosi.

According to the Tulare County District Attorney’s (TCDA) Office, at a virtual hearing on Nov. 18, TCDA prosecutors secured a five year denial of parole for Mario Villa, 60, in the 1996 murder of a man on New Year’s Day in Orosi. Villa is currently serving his life sentence at the California Men’s Colony in San Luis Obispo. This was Villa’s first parole hearing. 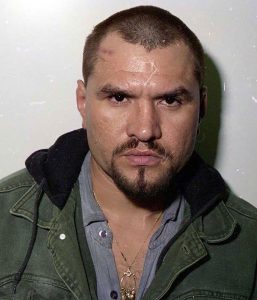 On Jan. 1, 1996, the victim drove to a friend’s house in Orosi to celebrate the New Year and was immediately attacked by a group of men in the street. He was beaten, bound and transported out of town to a canal where Villa shot the defenseless man multiple times in the head, killing him. The group then attempted to burn the body to cover up the crime.

Later that day, a motorist saw what he thought was a victim of a traffic accident collapsed along the side of the road. When firefighters responded, they roused the man, and while doing so, happened upon the murdered victim’s body just a few yards away. The would‐be traffic accident victim turned out to be one of the assailants, too incapacitated to flee the scene of the murder that took place just a few hours prior. Once revived, he led law enforcement to the others involved, including Villa.

During the pre-trial process, Villa was found to be incompetent to stand trial and was not found competent until nearly two decades later. On June 27, 2016, a Tulare County jury convicted Villa of first-degree murder with the special allegation of personal use of a firearm. On July 26, 2017, Villas was sentenced to 29 years-to-life in prison. The Office of the District Attorney routinely attends life parole hearings and argued against his release in this case