Visalia man sentenced to life in prison for killing wife

VISALIA – Over 15 years after Sonia Hughes went missing and was found buried in a shallow grave, her husband was sentenced to life in prison for her death. 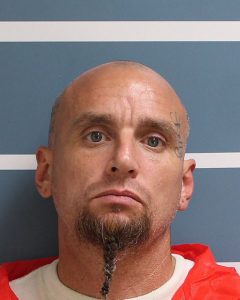 On Dec. 16, 2022, the Tulare County Superior Court sentenced Joseph Allen Hughes, 45, to life in prison for the 2006 murder of his wife, Sonia Hughes. Earlier this year on Nov. 18, Hughes was found guilty of second-degree murder by Judge Nathan Leedy in a court trial. According to current California sentencing laws, Hughes must serve 15 years before being considered for parole.

On Sept. 25, 2006, Hughes was released from custody for theft related offenses. On Oct. 6, Hughes contacted the Visalia Police Department to say that his wife ran away but did not want to make a report. A few days later, a family member made a missing persons report to law enforcement. On Nov. 25, 2006, Hughes’ wife, the victim, was found in a shallow grave on the bank of Mill Creek near Akers Street in Visalia. The cause of death was strangulation.

For over 10 years, Hughes maintained his wife had left the family. Detectives continued to investigate but were unable to arrest Hughes for the crime.

In February 2016, a family member with intimate knowledge of what happened in 2006 contacted Visalia Police Department detectives. In a statement, the family member said they saw and heard Hughes beating the victim the night she supposedly left. They never saw her again and Hughes continued to state that the victim ran away.

After further investigation, Hughes was arrested and charged for his wife’s murder in October 2017. At the time of his arrest, Hughes was incarcerated in prison for robbery and felony vandalism.

The case was prosecuted by senior deputy district attorney Adam Clare and was investigated by the Visalia Police Department.