A Christmas Miracle: local donates thousands of gifts to students

Mary Conway, a Tulare County parole agent, spent her Christmas handing out gifts to over 1,900 first and second graders

TULARE COUNTY – This Christmas, Mary Conway put on her Santa hat and delivered presents to roughly 2,000 students in Tulare County.

In the summer of 2022, Conway began purchasing Christmas gifts, filling her garage to the brim with toys, bikes and winter clothes. Earlier in the year, Conway realized that many students were struggling after the pandemic academically, and wanted to find a way to help.

At first, she began a challenge where she did a good deed everyday, but that challenge transformed into Conway buying and distributing thousands of gifts to first and second graders throughout Tulare County. Conway visited 19 different elementary schools bearing gifts, all items she purchased herself.

“People talk a lot about what others should do or should have done, but never take the steps themselves. They live in a fantasy of everything they’d do if they won the lotto or were a trust fund baby,” Conway said. “They should just do it.”

With the gifts she distributed, students were able to choose their own toy rather than someone choosing for them. The kids had quite the selection to choose from, too. Within the pile of presents, there were 19 bicycles, multitudes of LOL Dolls, Barbies and many others. Not only that, but Conway was also able to give away over 60 jackets to students that needed them as well. 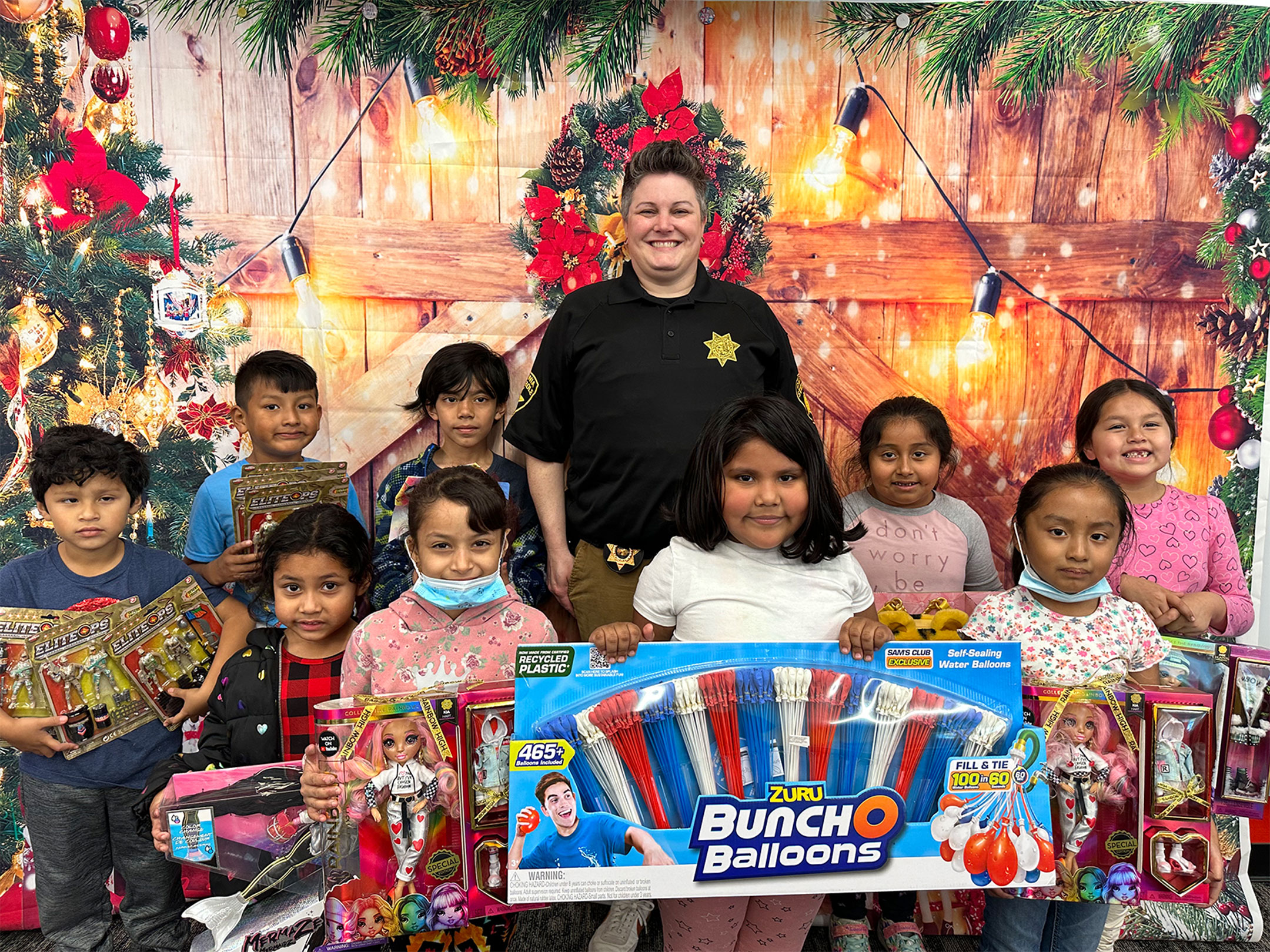 “Some of them thought it was a book fair and would say they didn’t bring money, or their parents don’t have money to give for a book fair, but I said, ‘No, you get to pick out a gift,” Conway said. “These kids were freaking out. It was adorable.”

Conway is Tulare County parole agent, and oftentimes sees the darker side of Christmas when either a parent gets arrested and can’t be there during the holidays, or when parents choose buying substances rather than their children presents. This gift-giving initiative was meant to shine a positive light on the holidays.

While distributing gifts, Conway said that there were some students who even chose gifts for their siblings rather than themselves. One student Conway was able to speak with had said her mother was deported, and that they were not going to have a Christmas that year.

“A lot of kids actually said they weren’t going to have a Christmas. It was heartbreaking,” Conway said. “But I was able to see the change in them [when they chose a gift], I was so excited.”

In the future, Conway would love to participate in this type of gift giving again, despite the hard work and long nights she spent making it happen.

“I still have some black circles under my eyes,” Conways said.

Some of the school districts that Conway was able to give gifts to were Porterville, Tulare, Visalia as well as many others. The plethora of schools shared their thanks to Conway publicly, whether on social media or on the front page of their schools websites.

At the end of the day, Conway wanted to reward these students for their hard work, especially since they entered academics during the pandemic. She said she would give an opening speech to each class, and would recognize the hard work students did throughout the year. At the end of that speech, she would say, “For all your hard work, I brought you a gift.”