Visalia Fire Department responds to a fire, is able to quickly contain it, but it forces ten occupants to be displaced from three apartments

VISALIA – In the early hours of the morning, the Visalia Fire Department responded to a fire in an apartment building and was able to locate the fire burning in the wall and attic of one apartment.

On Thursday, Dec. 29, at 2:31 a.m., the Visalia Fire Department was dispatched to an apartment fire in the 1300 block of South Central. Upon the arrival of the first fire unit, they found a six-unit, two-story apartment building with smoke showing from the second floor. The Visalia Police Department was also on scene and had started to evacuate residents from the building.

Fire crews located the fire burning in the wall and attic of one apartment. The fire was quickly contained. The resident of the involved apartment had been alerted to the fire by a smoke detector and was able to evacuate without injury. 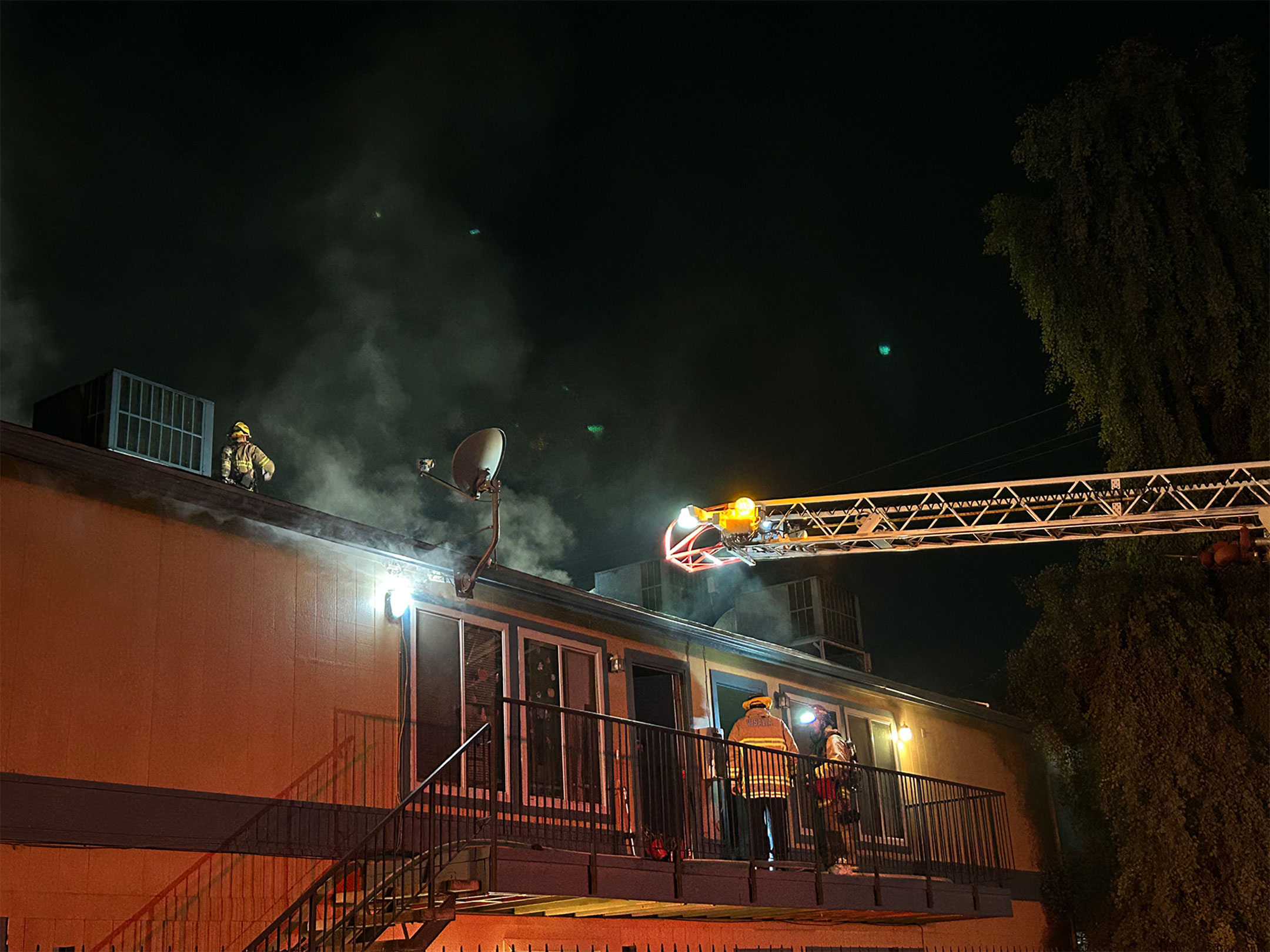 Visalia firemen responded to an apartment fire at 2:30 a.m. to discover a fire was burning in the wall and attic of one of the units. Photo by Danielle Gutierrez

Fire crews provided overhaul and salvage to the involved apartments. The fire caused moderate damage to the building and forced ten occupants to be displaced from three of the apartments. Red Cross provided assistance to the occupants that were displaced. The cause of the fire is under investigation.

Three fire engines, two ladder trucks and two chief officers responded to the incident with a total of 17 personnel. The Visalia Fire Department would like to remind citizens to ensure that they have working smoke detectors in their homes.