The Exeter Police Officers Association awaits a response from the Exeter City Council after rejecting the city’s first salary proposal on Dec. 13

EXETER – Between the Exeter Police Officers Association trying to raise their salaries years before their contract is up, and the city’s officers leaving to larger departments, both sides find themselves between a rock and a hard place.

At the Dec. 13 Exeter City Council meeting, the Exeter Police Officers Association (EPOA) rejected a salary increase proposal from the city, after the EPOA had requested an 11% salary increase earlier in November. The city came back with a proposal not long after, and offered to advance Exeter PD’s annual 2% raise from July 2023 to January 2023, and add another 2% in October. However, October’s increase is contingent on whether the city’s general fund revenue reaches a certain threshold.

EPOA president sergeant Michael Giefer said they rejected the city’s offer because an 11% increase is needed to close the pay gap between the Exeter Police Department and larger, more competitive departments. However, the council legally has no obligation to change the EPOA’s existing contract that was agreed upon in July of last year. City manager Adam Ennis said that the current contract runs until 2024. Ennis added that if there were large changes to the city’s budget, it could cause the expenditures and revenue to become unbalanced.

“I think the city council is trying to balance between doing what they can do [to help], and also staying fiscally responsible,” Ennis said. “Based on our best estimates, it really won’t take a whole lot to push us over the point where [it would be difficult to balance] annual revenues and expenses.”

For Exeter to be competitive with a city like Tulare, which is almost seven times their size, Exeter would possibly have to pull funds from their roads and parks and recreation budgets. The department gets roughly $2.5 million a year from the city, so a pay increase of 11% would be around $275,000 more annually.

Exeter also offered $5,000 for veteran officers who have been at the department for five or more years. However, Giefer said that the money would only go toward two officers, since many officers don’t stay in the department long enough to be considered a veteran.

Though the contract was agreed upon swiftly back in 2021, when more officers started leaving EPD to larger agencies, like Tulare, the EPOA raised concerns. The city is still weighing its options on how to increase police salaries, while also trying to be financially responsible and not put Exeter in the red, according to Ennis. Since the city is much smaller than competitors like Tulare and Visalia, the pay scale looks different. 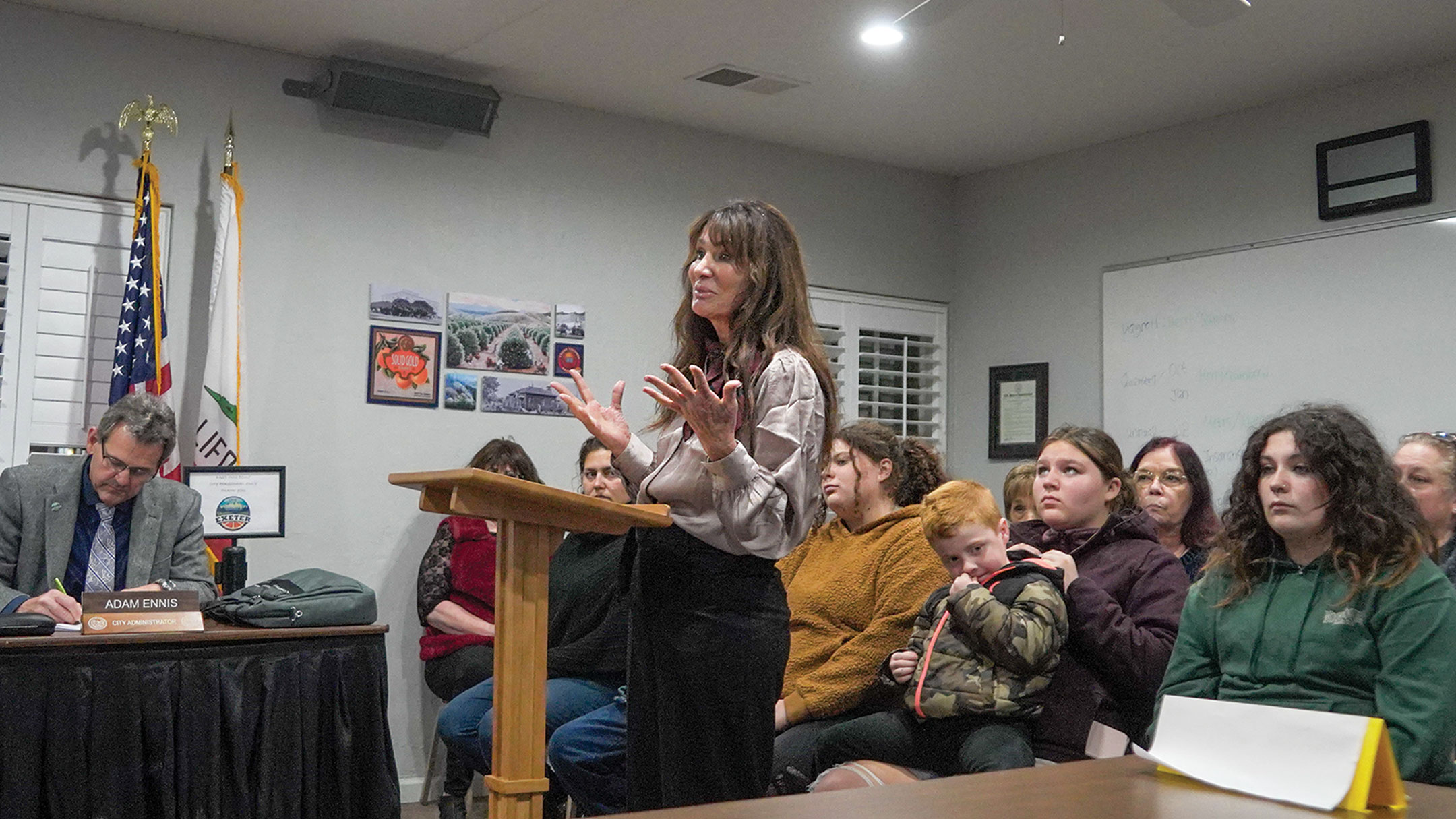 “We want to stop a revolving door that’s going to take away quite a few years of knowledge from our department, from supervisors to detectives leaving,” Giefer said.

Giefer said that in addition to a few officers that have already left, a few more are almost out the door. There are newer officers filling in those positions Giefer said, but the experience is lost when previous officers leave to higher paying agencies.

“We have a couple officers coming in right now that are going to start with us. Once we get through the training stages, we’d be almost up to a maximum of 14 officers that are patrolling,” Giefer said. “By closing the pay gap, then hopefully these officers will want to stay.”

If the city and EPOA can’t reach an agreement to amend the current contract, officers will still see a 2% salary increase plus a uniform allowance until the contract expires in 2024. However, as far as negotiations go, Ennis said that there will be more ideas brought to the table in January.

“The council wants to be able to do everything they can for the employees,” Ennis said. “I never speak for the council, but one thing I can say pretty confidently is, I’ve heard all of them talk about how much they appreciate the staff and what they do.”

Exeter is a city of 10,558 people. This makes Exeter a comparable city to Lindsay, Farmersville and Woodlake, which all range from roughly 7,000 to 12,000 people, according to population data from the United States Census Bureau. Within these cities, Exeter has the highest paying police department, averaging 3.4% higher than Woodlake, according to Ennis. The lowest starting salary for EPD is $55,932.

The city of Tulare is where the majority of the former Exeter police officers left to, and it is a city of 70,733 people, which is much larger than Exeter and its comparable cities, and has 75 officers, according to Tulare city manager Marc Mondell. The Tulare police Sgt. Rosa Moreno said that an average shift has seven officers and one sergeant, and there are two lieutenants that oversee the patrol division. Tulare funds their officers through Measure I, the city’s sales tax, and uses 40% of their general fund for officers, compared to Exeter’s 60%, with an additional 10% from Measure P, according to Ennis.

Woodlake city manager Ramon Lara said Woodlake is “dealing with similar issues when it comes to recruiting new officers and maintaining staffing levels,” as the department has two vacant positions. The Woodlake Police Department currently has 14 sworn officer positions, with 12 being funded by the general fund, one through the COPS grant and one through a city tax measure. Currently, Woodalke’s department consists of a chief, one lieutenant, two sergeants, five officers, and one clerical personnel, according to the city of Woodlake’s website. Woodlake’s starting pay for officers is roughly over $54,000.

Lindsay has a unique approach to public safety, and has a combined police and fire department, where officers act as both policemen and firefighters. When the city merged their fire and police departments in 2011, they had 25 staffed officers to meet the needs of both public safety areas. This year they have 18 officers, including the chief of police. Their public safety officers start off at roughly $50,000 annually.