VISALIA – Along with the county’s District Attorney, the Tulare County Sheriff took his oath of office for his third term.

To start off the new year, Sheriff Mike Boudreaux was sworn in as Sheriff-Coroner of Tulare County by the Honorable Tulare County presiding judge Juliet Boccone on Jan. 5. Boudreaux has worked with the sheriff’s office since he was nearly 20-years-old. During the ceremony, he thanked his parents, wife and children for their continued support over the last 10 years as Sheriff.

He said he was thankful to the residents of Tulare County whom he serves, and he’s excited to begin a third term. Throughout his 10 years as sheriff, many things have changed and there are plans for continual change in the future according to the sheriff’s office.

Currently new substations will be going in the cities of Porterville and Earlimart. Additionally the new coroner’s office in Tulare on the county’s Hillman Campus on Bardsley, is in the works. Also in the works is a new jail just north of Visalia. There is also a new shooting range for staff up and running near the Bob Wiley Detention Facility. 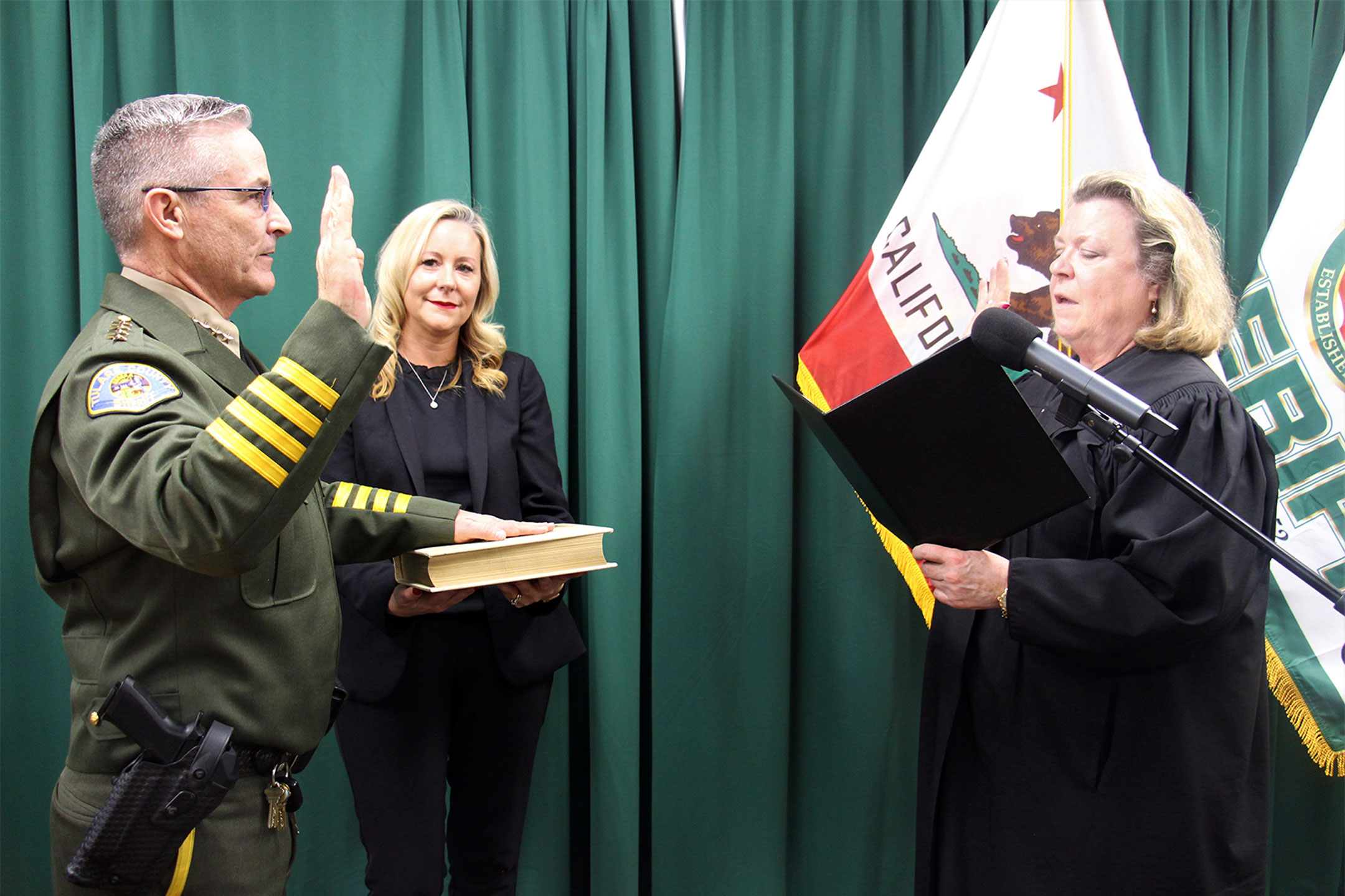 During Boudreaux’s tenure, the Sheriff’s Headquarters moved from an older building near the Visalia Courthouse to a modern office building on Akers in 2017. A new Property and Evidence Building and the South County Detention Facility were built. Also according to a statement from the Sheriff’s office, Boudreaux created the Youth Development Unit which. Last year, the unit reached out to 25,000 boys and girls in Tulare County through free sports leagues and more.

After a change in legislation thanks to Assembly Bill 759, sheriff’s and district attorney’s elected in 2022 will now serve a six year term. Boudreaux was first appointed to the position of Interim Sheriff in 2013 when then Sheriff Bill Wittman stepped down. This Is now Boudreaux’s third election cycle and said he does not get nervous about many things, except when he was sworn in for this third time.

“I rarely get nervous,” Boudreaux said. “But today I was because it just means so much to me.”