Farmersville City Council pursues a roundabout to slow traffic near the high school, seeks to connect Road 168 to Citrus and Walnut Avenues

FARMERSVILLE – Farmersville’s city council was presented with options on how to slow traffic near the high school, and council seemed to be in favor of installing a roundabout.

On Jan. 9, Farmersville’s city manager Jennifer Gomez addressed a traffic issue on Freedom Drive that lays right next to the high school. She sought the city council’s direction on a future project to remedy the issue. The city participated in a road feasibility study with 4 Creeks Inc. a few weeks ago, and from that study came two options: a traffic light or a roundabout. After deliberating, the council was in favor of a roundabout. It will come back to council in a few weeks for further direction.

“I am just thankful that we had this [feasibility study] done and there are other options,” mayor Tina Hernandez said. “This has been a major issue, so I’m thankful that we do have something to fall back on.”

Since council agreed that a roundabout would be the best bet, Gomez was given the green light to explore the project further. She also hopes to discuss the improvement project with the Farmersville Unified School District, since they do have responsibility for a portion of this project too. In addition to the roundabout, Gomez also wants to connect Citrus Avenue and Walnut Avenue on the East side of the high school and align it with Road 168.

“The whole idea is adding the additional connection for traffic to get around the school, because right now, there’s only Freedom Drive where traffic can exit on to Walnut Avenue,” Lisa Wallace, representative of 4 Creeks, said.

Once the city discusses the project with the school district, the city staff will then update their five-year capital improvement plan in order to start construction in the near future, according to Gomez. The roundabout will cost roughly $1.9 million to construct. Gomez and Wallace both agreed that roundabouts would be the safer and cheaper option compared to traffic lights.

“A traffic signal could cause some drivers to unfortunately just speed through the intersection to avoid any red lights,” Gomez said. “We’re certainly looking at trying to find ways to slow traffic down in front of the high school and not create reckless driving situations.” 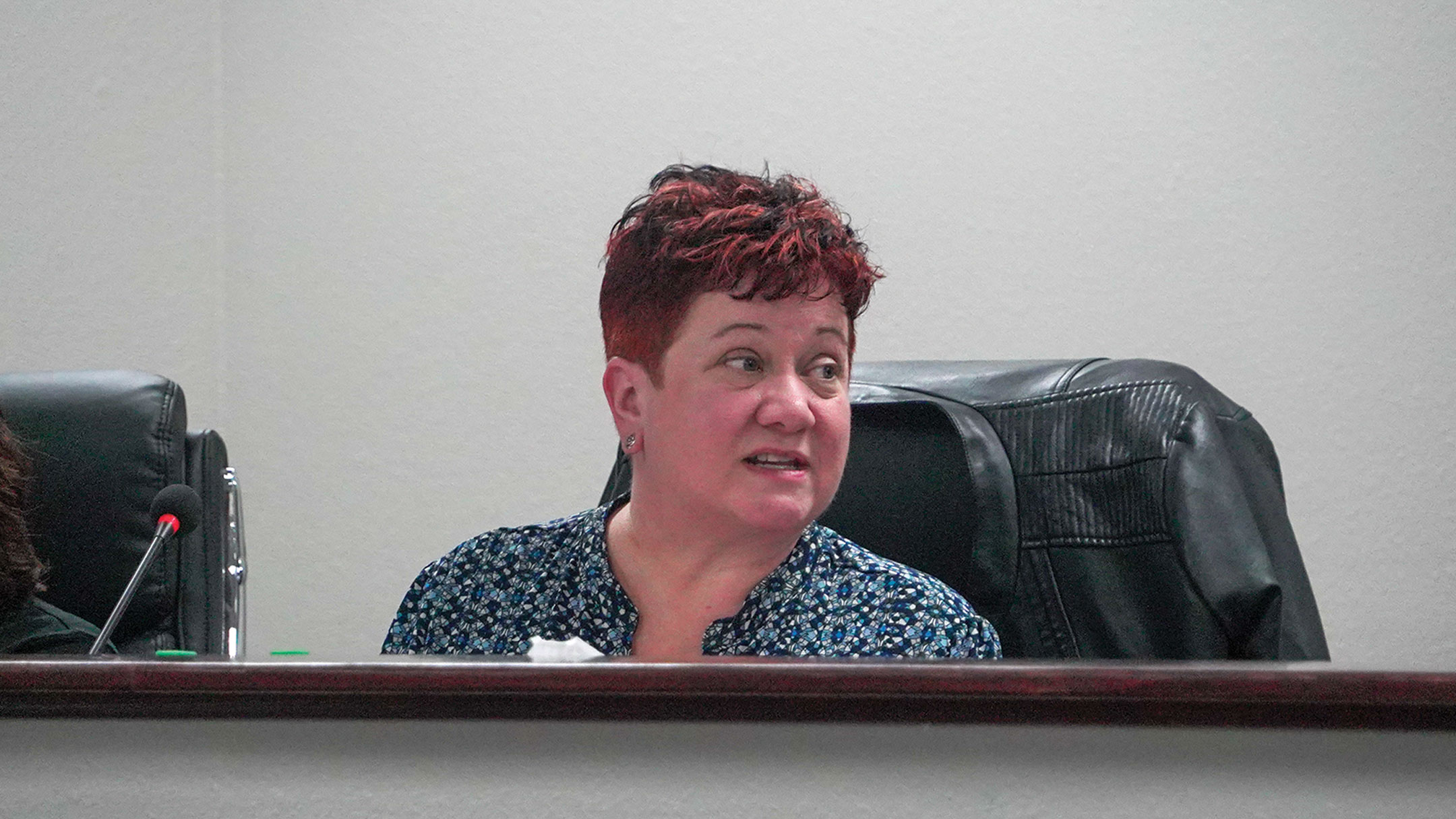 City manager Jennifer Gomez agreed with 4Creeks representative that a roundabout is a safer and cheaper option.Photo by Rigo Moran

Additionally, Gomez said that funding from the Tulare County Association of Governments (TCAG) will be available for this project. It is not estimated exactly how much the city would receive from TCAG yet, but it will allow for this option to be among the cheapest and most efficient ways to remedy traffic issues. However, coordinating the timing of construction between the two could cause delays, according to Gomez.

Roundabouts are not only useful for decongesting traffic, but they can also beautify a city, according to Wallace. So far, the design of the roundabout is still underway, however Wallace said there are many options the city could go with.

“[Roundabouts] can be glorious, they can be very aesthetic, you can have lots of landscaping and beautiful decorative pavement,” Wallace said. “[Currently, our plan] does not have an enormous amount of decorative [landscaping]. We assumed those sorts of things could be done in future development.”

On the flip side, a traffic signal option would potentially cost $2.3 million. Since the meeting was meant to gauge the council’s interest between the two options, the traffic light is still technically on the table. Gomez, along with the rest of the council, emphasized the importance of deliberating with the school district before coming to a final decision, since it does directly affect the school. Farmersville’s school board president John Alvarez attended the meeting as well, and also expressed interest in the roundabout.

“Freedom Drive [congestion] is the biggest problem we have, so this will eliminate that,” Alvarez said. “I think the roundabout is the way to go.”

For the alignment of Citrus Avenue and Walnut Boulevard, there would still be a driveway that would give access to the school’s athletic facilities. That road would simply connect to Citrus Avenue, and would be a half width street, which is 26 feet. However, it will still allow for two-way traffic. The school district will be responsible for 20,000 square feet of this project per the right of way plans, which will encapsulate a small part of Citrus Avenue and then some of the intersection. Alvarez said that this project is something the school district could financially handle, and will be meeting about it soon.

This entire project was a long time coming. Long before the feasibility study, Gomez looked at making modifications at the intersection of Freedom and Walnut. However, there were engineering concerns due to their close proximity to Farmersville Boulevard. This led Gomez to consult with 4 Creeks on more options.

“While we’re looking at [this project], we’re going to see what might work best with that in the future as well,” councilman Paul Boyer said. “I think this is a good first step.”