On the third Monday of every January, the Boys and Girls Club of the Sequoias (BGCS) staff invites a guest speaker from the community who will inspire the local youth in honor of Dr. Martin Luther King Jr. This year, over 60 members from BGCS locations across Tulare County met at the Woodlake club on Jan. 16 to hear from well-known local Terrance Anthony about strength in the community.

“It was refreshing seeing the kids come together,” Anthony said. “I live in a predominantly Hispanic neighborhood, so seeing them come together on Martin Luther King Day was cool.”

Anthony has become well known over the years due mostly to his work at Goin’ Postal shipping services, as a substitute teacher and as a volleyball, track and ﬁeld and football coach. According to Leticia Bettencourt, director of operations at BGCS, Anthony was the clear choice to have as a guest speaker because of his ability to relate to his young audience. 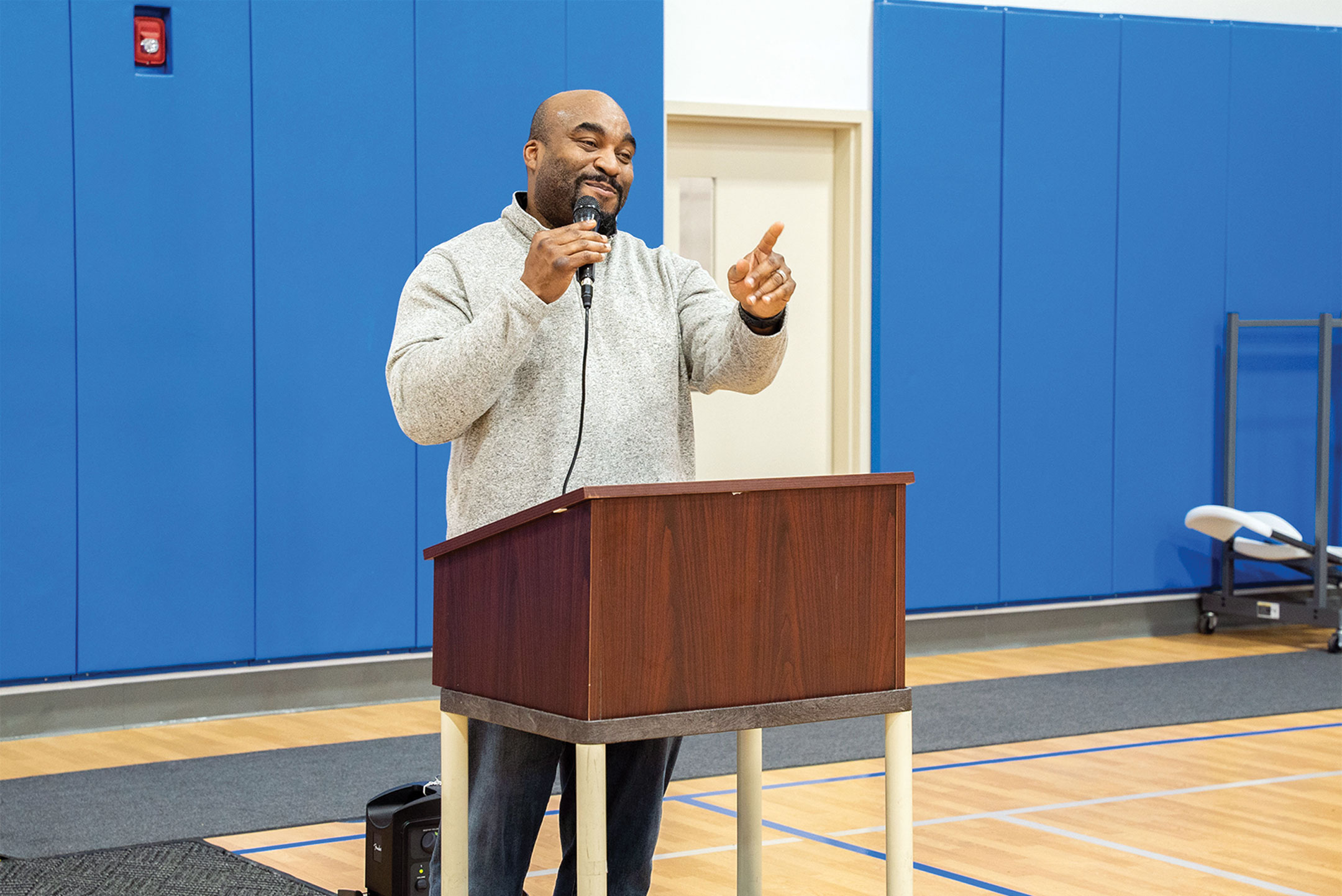 Terrance Anthony spoke to 60 club members about the importance of community. He came up with the acronym CARE: combine, action, relevant and educate, as the overall theme for his message to the kids. Photo submitted by the Boys and Girls Club of the Sequoias

During his speech at the Woodlake club, Anthony explained the concept of community to the kids. The lesson Anthony wanted to teach the children was to show them how community comes in many forms  such as their city, school and at Boys and Girls Club. He also made sure to emphasize the importance of taking action within your own community and the power of leading by example.

“The theme was community, so I put together an acronym called CARE,” Anthony said. “It stands for combine, action, relevant and educate and hit on all of those points.”

He told the children to remember that love is caring. He also expressed the importance of caring for the people all around them.

“You have to care for the person next to you, the person in front of you and the person behind you,” Anthony told the kids at the end of his speech. “You are the future of this community.” 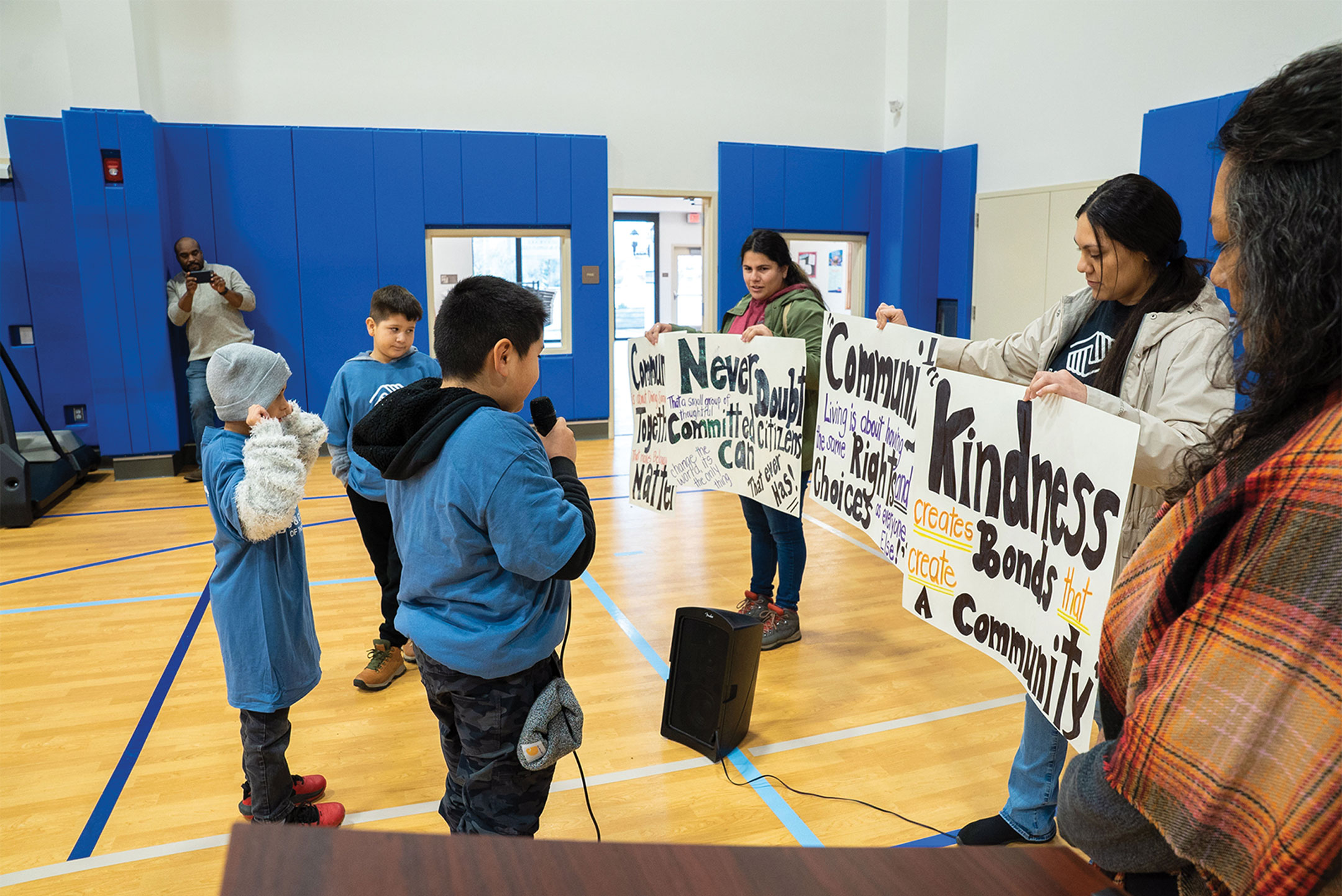 Members participated in several activities including sharing their favorite inspirational quotes by writing them on a board and explaining the messages they inspire. Photo summitted by the Boys and Girls Club of the Sequoias

Staff also led the kids in a series of motivational activities such as the Act of Kindness, during which members walked to local businesses to hand out candy grams. According to the BGCS, this kind of activity is meant to give kids the confidence to take their place within their community by allowing them to give back.

In another activity, members shared their favorite inspirational quotes by writing them on a board and explaining the messages they inspire. A member of the Ivanhoe club presented a poster saying, “We are a small community, but we are stronger together.”

At the end of the day, the group enjoyed lunch together and connected with local resource organizations for more activities inspired by the lessons that Dr. King’s legacy still teaches.

This annual event is a great opportunity for families to create memories and inspire their children. For parents who are interested in learning more about the local Boys & Girls Clubs, visit bgcssequoias.org. Club membership costs only $15 per year. Follow the Boys & Girls Clubs of the Sequoias on Facebook and Instagram to stay updated @BGCSequoias.