KERN COUNTY – The man known as the Golden State Killer has temporarily returned to Valley as he awaits a permanent home while serving out 13 consecutive life sentences. 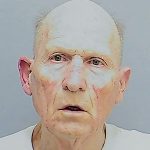 After being sentenced to life without the possibility of parole on Aug. 21 by a Sacramento County Superior Court judge, DeAngelo, 75, has spent his days in a cell. As of Nov. 3 he was transferred to North Kern State Prison. According to California Department of Corrections and Rehabilitation (CDCH) public information officer, Terry Thornton, DeAngelo has been in the “reception center” and will go through processing.

“When a person is admitted to state prison at one of the institutions designated as a reception center, their information is entered into CDCR’s database. They are given an unclothed body search, photographed and finger printed. They also submit a DNA sample and are given state-issued clothing,” Thornton said.

At North Kern State Prison most cases where inmates are serving a sentence for first degree murder are automatically placed at a high-security level considered “Level III or IV” with close custody supervision. Thornton said that close custody are for those with a heightened security risk that warrants direct and constant supervision.

The reception center process is used to make housing determinations based on an offender’s classification score and in accordance with security, medical, psychiatric and program needs. Anyone who enters the reception center is assigned a counselor who evaluates all their case factors including the crime, arrest and criminal history, trial and sentencing documentation, medical and mental health needs, custody level, time to serve, notoriety, safety concerns and other factors.

According to Thornton the counselor makes a placement recommendation. A classification staff representative from CDCR Headquarters then evaluate the inmate’s “Central File” which includes the recommendations for transfer and other documents.

Based on DeAngelo’s case factors and taking into account bed space availability, the representative will decide where the inmate will be transferred for housing. The decision is documented on a form and DeAngelo receives a copy. The inmate is then transferred to their assigned prison where he will serve his time.

Tulare County officials with the District Attorney’s office were initially uncertain where DeAngelo would be placed after being sentenced this summer. DeAngelo was forced to hear, admit and plead guilty to a slew of charges in a Sacramento State University ballroom in June. And then listen to his victims and his victim’s loved ones for four days in August. By Aug. 21, judge Michael Bowman sentenced DeAngelo to 11 consecutive life sentences.

“The court is not saying that Mr. DeAngelo does not deserve to have the death penalty imposed. It merely means the court feels it will never come to pass,” Bowman said. “Mr. DeAngelo will spend the rest of his natural life and ultimately meet his death confined behind the walls of a state penitentiary.”