VISALIA – A former fugitive could face the full weight of the justice system after a Tulare County jury voted unanimously in favor of the death penalty two weeks ago.

The Tulare County District Attorney’s office announced last week that Adrian Ortiz, 31, was convicted of killing a 23-year-old father and husband after trying to protect his wife’s friend from devastating abuse. A motion to overrule the jury’s decision will be heard in Superior Court on Dec. 11, 2020.

“In this horrific case, members of our community listened to the evidence and found that death was the ultimate and appropriate punishment. We thank the jury for their service during these unprecedented times,” District Attorney Tim Ward said. “This was an execution of a man in the sanctity of his own home in front of his family. I pray for the healing of his family and all those deeply impacted by this vicious act of violence.” 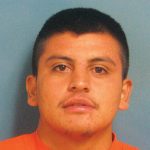 According to the DA’s office Ortiz killed the young father on April 21, 2009 before fleeing to Mexico. Around 10:30 p.m. in the city of Porterville, Ortiz and his girlfriend were arguing while driving in a car. Enraged, Ortiz drew a handgun and fired it into the dashboard causing the cabin to fill with smoke. Ortiz’s girlfriend, who was driving, pulled over in front of a house occupied by one of her friends, her friend’s husband, and their two-week old baby.

Ortiz’s girlfriend ran from the car crying to the house to talk to her friend about the abusive relationship. The friend’s husband, the victim in the case, was sitting on the couch with the baby. As Ortiz approached the doorway to continue the argument, the victim told him to stay outside. Ortiz and his girlfriend then left together. When the two reached the car, Ortiz began to punch her, who again fled to the protection of the house. The victim announced he was calling the cops, and the door to the house was locked.

Ortiz grabbed the gun from the car and threatened to kill the victim if he called law enforcement. Ortiz then kicked down the door and continued the threats while pointing the gun at the victim, who pleaded with Ortiz not to kill him. Pointing the gun at his head, Ortiz took the victim to the kitchen, sat him at a table, and shot him once in the neck.

The incident was the first time Ortiz and the victim had ever met. The victim died shortly later at the hospital. At the time of the crime, Ortiz was three weeks shy of turning 20 years old. Ortiz fled the residence and later to Mexico where the U.S. Marshall Fugitive Task Force, with assistance from Mexican authorities, captured him in Aug. 2012. A preliminary hearing was held in 2013, and the court found that Ortiz did not possess any mental disabilities at a hearing in 2017.

Since being in custody, Ortiz was convicted in 2013 for assault on a jail deputy with the special allegation that the crime was gang related. Evidence at trial showed that in 2015 Ortiz attempted to smuggle out a letter threatening to kill the victim’s wife if she testified against him.