One teen dies, two others injured in DUI crash

CHP arrests 16-year-old driver for driving under the influence of drugs or alcohol killing a passenger, badly hurting another 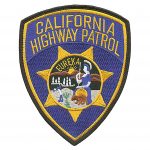 TULARE COUNTY – California Highway Patrol officers responded to a tragic DUI where one teen died, another was badly injured and another one was driving under the influence.

According to a CHP collision report, last Sunday, Dec. 12, at approximately 11:55 p.m. officers from the Visalia area office responded to a call of a traffic collision on State Route 137 west of Road 68, with medical personnel responding.

During the initial investigation it was determined an unidentified 16-year-old male was driving a Toyota Camry westbound on SR-137, in the vicinity of Road 68. Also in the Camry was an unidentified 17-year-old passenger in the right front seat and an adult, 18-year-old passenger in the right rear seat. All from Tulare. Due to the 16-year-old driver being under the suspected influence of alcohol or drugs, he allowed the Camry to veer off the roadway and collide with several trees north of SR-137.

The driver sustained minor injuries, the right front passenger sustained major injuries and the rear passenger perished at the scene due to his injuries. The 16-year-old male driver was arrested for felony DUI and gross vehicular manslaughter while intoxicated and eventually booked at the Tulare County juvenile detention facility.

Saturday, Dec. 11
At approximately 2:59 p.m., officers of the California Highway Patrol (CHP) Visalia Area Office, Tulare County Sheriff’s Office received a call of a traffic collision on Avenue 300 just west of State Route 198 in rural Tulare County. It was determined to be a solo vehicle rollover collision. A preliminary investigation indicates, a 1998 Chevrolet Blazer was traveling eastbound on Avenue 300 and traveled into a puddle of standing water along the south road edge. The vehicle ran off the south road edge and rolled over into an orange orchard. The right front passenger was not wearing his seatbelt and was ejected from the vehicle causing fatal injuries. The driver and other passengers suffered minor injuries and were transported to Kaweah Delta Medical Center. Alcohol or drugs are not a factor in this collision. This incident remains under investigation.