VISALIA – Registered sex offender Sidney Russell will serve 75 years to life for molestation of a minor. 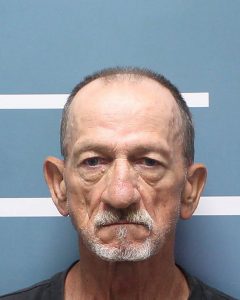 According to the District Attorney’s office, in Department 10 of the Tulare County Superior Court, the court sentenced Russel, 64, to 75 years to life in prison on July 11 for child molestation. The crime was committed in July 2020 against a single minor female under the age of 14.

On May 17, a jury convicted Russell of two felony counts of forcible lewd act on a child under the age of 14. The court also found it true that Russell possessed previous strike offenses for violent sex crimes.

In 1992, Russell was convicted of raping two separate adult victims, kidnapping and other violent sex crimes. The crimes took place in Visalia. He was sentenced to 27 years in prison and was paroled in mid-2005 after serving less than half of the sentence.

Upon his release, Russell registered as a lifetime sex offender. In 2019, he was convicted of misdemeanor sexual battery and served a local jail sentence.

The case was prosecuted by Kelly Habroun of the TCDA Crimes against Children Division and investigated by the Visalia Police Department.