Marwin McDarment is sentenced to life in prison for assault, attempted murder of multiple police officers

VISALIA – A man from Visalia received over 200 years-to-life in prison for the assault and attempted murder of police officers at an 11-year-old shootout.

According to the District Attorney’s office, Marwin McDarment, 44, was sentenced by the Tulare County Superior Court, Visalia Division, to 216 years-to-life in state prison for the attempted murder of multiple police officers. In addition to the attempted murder of the police officers, McDarment was also charged with assualt with a firearm against multiple peace officers during a 2011 shootout on the Tule River Reservation. 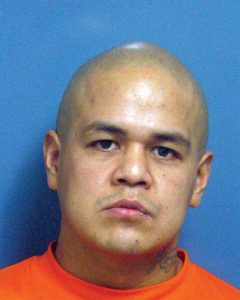 According to the district attorney’s office, on Sept. 9, 2011, McDarment arrived at a house on the reservation and pulled out a revolver on the occupants after an argument that took place that morning. He fled when authorities were notified of the situation. In route to the incident, two units from the Tulare County Sheriff’s Office (TSCO) passed his truck. Aware of McDarment’s violent past, they attempted a felony traffic stop. When a deputy approached him with his firearm drawn, McDarment opened fire. During the shootout, an officer with the Department of Public Safety tribal police joined TSCO to subdue McDarment. After his surrender, officers took McDarment into custody as he cursed, thrashed and kicked his legs.

McDarment has been represented by eight attorneys and filed numerous trial continuances since 2011.

The case was prosecuted by Supervising Deputy District Attorney Jessica Weatherly and investigated by the Tulare County Sheriff’s Office.