PORTERVILLE – Penaloza got a slap on the wrist from the court, even after prosecutors argued he should face prison time for having sex with a minor.

Former Porterville City Council member Daniel Penaloza, who was 28 years old at the time, was accused in February of having sex with a minor and was facing four felony charges, but instead of being sentenced to prison time, Penaloza was sentenced to community service hours. He accepted a plea deal and was recently released back into the public. 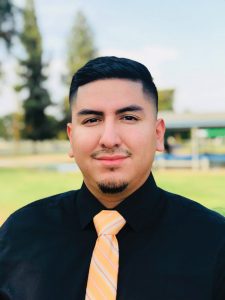 “[The sentence] was mainly done in light and in reflection of taking into account the victims’ desires in this case,” said Jessica Weatherly, Tulare County deputy district attorney and crimes against children supervisor. “So the ultimate plea deal was reached when factoring in all those considerations.”

The “victims’ desires” were not specified out of respect for the victims privacy and the integrity of the case, according to Weatherly. However, the plea deal of one felony count was reached with the victim’s consideration. The crimes are alleged to have been committed between June 2020 and May 2021 while Penaloza still sat on city council; the victim was 17 at the time of the crime. He stepped down from council during the time the alleged crimes were committed. Back in February, the District Attorney’s office said Penaloza could face up to five years in prison for his crimes, but that changed when he took the plea deal.

After pleading guilty, the case was resolved, dropping the remaining counts against him and instead sentencing Penaloza to 80 hours of community service and probation. It is only if Penazola does not abide by these terms that he will face 90 days of jail time, which is called suspended jail time, according to Weatherly. He will not be allowed around people under the age of 18 without other adult supervision.

Getting suspended jail time is not typical for a case such as this, and prosecutors argued that Penaloza should face jail time, according to Weatherly. However, Weatherly said the court disagreed and did not find jail time an appropriate solution for his rehabilitation. The judge himself did not give a specific reason for avoiding a jail sentence.

“Penaloza did not have a criminal history or record. That’s not surprising given the fact that he was a council member,” Weatherly said. “So that would typically be something that the court takes into account. But I don’t think that the court gave a specific reason.”

In February, the indictment included four total felony counts: two counts of sex with a minor more than 3 years younger, sodomy of a person under the age of 18, and a misdemeanor count of annoying or molesting a child. The indictment also included a felony count of dissuading a witness pertaining to a separate victim.