PORTERVILLE – Tulare County Sheriff’s Office and federal law enforcement put a stop to the operations of a Tulare man who was storing and selling narcotics while endangering a minor taking residence in his home.

On Oct. 11, at Porterville’s South County Justice Center, the court sentenced Sergio Astorga-Medrano, 42, to four years in prison for the possession of a large quantity of narcotics in his home, intended for sale. 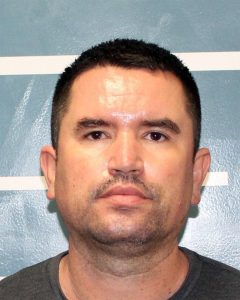 On Aug. 4, deputies with the Tulare County Sheriff’s Office and agents with the Drug Enforcement Administration, a federal law enforcement agency, arrested Astorga-Medrano after they conducted an investigation into fentanyl trafficking in the western United States. After he was arrested, deputies searched Astorga-Medrano’s home in Tulare and discovered two pounds of methamphetamine and 500 fentanyl pills that were intended for sale. Astorga-Medrano admitted the drugs posed a great danger to a minor who lived at his home.

The case was prosecuted by Deputy District Attorney Shannon Byrne of the South County Division.