VISALIA – Frankie Julian Ponce faced off with past gang affiliates last year, and will soon be sentenced, where he faces up to 24 years in prison.

On Oct. 31, Ponce, 32, was convicted of assault with a firearm, felon in possession of a firearm and felon in possession of ammunition after assaulting two individuals that were previously in the same gang as Ponce. On his second trial, which took place on Nov. 3, the jury also found that Ponce committed the assault for the benefit of a criminal street gang. 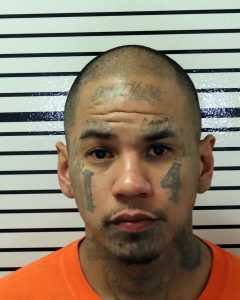 Alongside Ponce was Reynaldo Elizaldi, 42, who pleaded no contest to assault for the benefit of a criminal street gang. Though Ponce faces 24 years in prison, Elizaldi only faces a year.

Ponce and Elizaldi followed the two victims outside of the store and to their car. Elizaldi punched the driver side window with his fist, and Ponce used a handgun to shatter the passenger window. Ponce then fired shots into the car as it sped away. The passenger sustained a gunshot wound to the knee, and the driver had been injured by the broken glass.

This was not Ponce’s first time assaulting individuals to this extent. Between 2010 and 2021, Ponce sustained four felony and eight misdemeanor convictions, including felony assault, active participation in a criminal street gang, and felon in possession of a firearm. Elizaldi possesses two felony and 11 misdemeanor convictions, including felony receipt of stolen property and felony burglary.