Two adults arrested on charges of homicide, torture and child injury, the Tulare Police Department continues to investigate the death of a two-year-old female

TULARE – A mother of three children and her friend were arrested after her two-year old daughter was rushed to the hospital and died of injuries.

On Dec. 15 at approximately 2:36 a.m., the Tulare Police Department communications center received a 9-1-1 call regarding an unresponsive two-year-old female. The two-year-old was being transported to a local hospital by her mother, Priscilla Roshell, 27. Roshell and her friend Michael Francis, 46, were later arrested for charges of homicide, torture and child injury in connection with the death of the two-year-old. 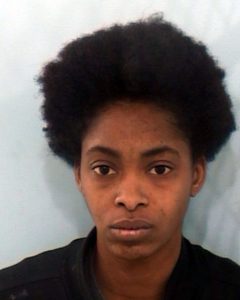 When officers made contact with Roshell at the hospital, she was visibly upset. Medical staff performed life saving measures to no avail as the two-year-old was pronounced deceased at the hospital. However, the cause of death is undetermined at this time, pending an autopsy. The Tulare Police Department Investigations Unit was contacted to assist in the investigation.

“This obviously a very difficult situation,” public information officer Sargent Rosa Moreno said during a press conference. “Most of us are parents and even if you’re not a parent, it’s the hardest type of case an investigator or even a police officer has to deal with.”

Through the investigation, detectives discovered severe injuries to the two-year-old and learned two additional children, ages five and eight had not been located. With the efforts of Tulare Police Department’s Patrol Division, the two additional children were located along with Francis. Francis is not the father of the children and during a press conference, Moreno said they are still searching for the children’s father. 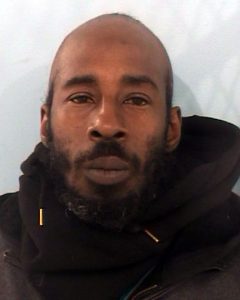 Moreno said Roshell was interviewed at the hospital and “during the interview she did implicate herself in the case.” What she said exactly cannot be released at this time.  Injuries to the other children are going to be evaluated as the investigation continues.

Through extensive interviews with the parties involved, Roshell and Francis were arrested in connection to the death of the two year old. They were transported to the South County Detention Facility in the City of Porterville.

There is no further information at this time. This is an active investigation and anyone with information is encouraged to contact the Tulare Police Department Detective Esparza at (559)685-2300 ext. 2140.

“Luckily here at the Tulare Police Department, we do have a peer support group for officers that help any officer that may need some additional assistance after these types of cases,” Moreno said.