VISALIA – A few weeks after the shooting that left David Luna dead and another injured, the Visalia Police Department identified the shooter and arrested two for being accessories to homicide.

On Dec. 22, the Violent Crimes Unit identified persons of interest including the shooter, identified as Angel Cazares, 22. Detectives learned that Cazares and the other persons of interest were suspected to be in the City of Lodi. Violent crimes detectives, the special enforcement unit and narcotics unit responded to Cazares’s residence in the City of Lodi with the assistance of the Lodi Police Department. 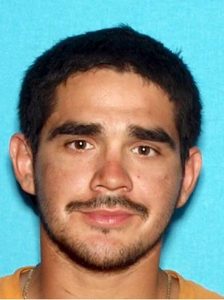 Through investigation, it was learned that hours after the release of the homicide update that contained photographs of Cazares and the other persons of interest, suspect Maria Bautista, 46, and suspect Mario Bustos, 48, assisted Cazares in fleeing to Mexico.

Bautista and Bustos were taken into custody for being accessories to homicide. Bautista and Bustos were later transported to the Tulare County Pre-Trial Facility where they were booked. All other persons of interest were determined to be witnesses in this case. This Visalia Police Department would like to thank the community for your help and assistance in the identification of Cazares and the other persons of interest.

If anyone has any information regarding the whereabouts of Cazares, please contact Detective Daniel McBride at 559-713-4211. Those wishing to remain anonymous can contact the Tipline at 559-713-4738.

On Dec. 8, 2022, at 11:30 p.m., officers were dispatched to the Green Olive bar regarding shots being fired inside the bar. Upon arrival, officers located a male victim who had been shot and was deceased. The victim has been identified as David Luna, 41. It was learned that the victim was security personnel for the bar and had been shot while breaking up an altercation inside the establishment. A second victim was self-transported to Kaweah Health Medical Center for treatment for a non-life threatening gunshot wound. The Violent Crimes Unit and Crime Lab were called to the scene to investigate the shooting. 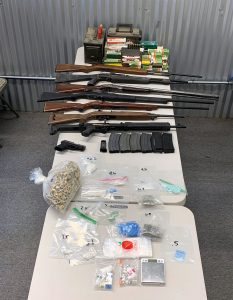 On Dec. 13 the Tulare County Agencies Regional Gun Violence Enforcement Team (TARGET) with the assistance of special agents from the California Department of Corrections Special Service Unit, served a search warrant involving firearms and drugs at a residence in the area of Turner Drive and Commercial Avenue in Tulare County.