VISALIA – A Porterville man was sentenced to six centuries behind bars for child molestation against multiple victims, with his offenses spanning from 2008 to 2018. 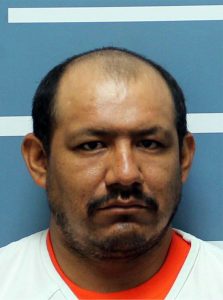 Twenty-three of the crimes were committed against one female victim, who was between four and fourteen-years-old at the time of the sexual assaults, which took place over the course of 10 years, from 2008 to 2018.

The remaining eight crimes were committed against a separate female victim, who was between seven and eight-years-old at the time of the sexual assaults, and took place between 2017 and 2018. All of the crimes occurred in the City of Porterville.

There is an “elderly parole program” for offenders reaching age 50, but they must be continuously incarcerated for 20 years to qualify. However, since Martinez committed sexual crimes involving multiple victims, he will be excluded from eligibility of this parole program.