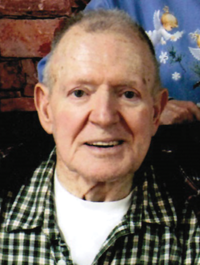 A memorial mass for Dick L. McCleod, formerly of Lindsay, will be celebrated April 22 at 10:30 a.m. at Our Lady of the Sierra Catholic Church, 40180 Indian Springs Rd., Oakhurst, CA 93644. It is requested those attending wear spring colors.

Dick L. McCleod passed away March 24 at the age of 80 in Coarsegold, Calif. He was a former resident in Lindsay, where he was an active member of Sacred Heart Catholic Church. He was the oldest son of Thomas H. and Pauline McCleod. He was born in Pampa, Texas, attended schools in Wasco, Calif. and was valedictorian for the class of 1954 at Wasco High School.

He served in the U.S. Army during the Korean Conflict. After being discharged he attended Bakersfield College then went on to Fresno State where he graduated in 1961. He taught elementary school in Kings and Tulare counties until his retirement.

Dick was preceded in death by his parents, sister Joanne (Wilcox), and his brother-in-law Raymond Wilcox.