Harry Petty of Exeter, Calif., passed away at the Kaweah Delta Medical Center in Visalia, Calif. on July 4, 2020. He was 73 years old. Harry was born on Feb. 13, 1947 to Luther and Violet Petty in Farmersville, Calif. He attended school there as well and graduated from Exeter Union High School in 1965. Shortly after graduating high school, he voluntarily enlisted in the United States Marine Corps where he would serve as an infantryman. He deployed to Vietnam between 1966-1967, served in a Combined Action Platoon, was promoted to the rank of Corporal, and received a Purple Heart for severe shrapnel wounds. 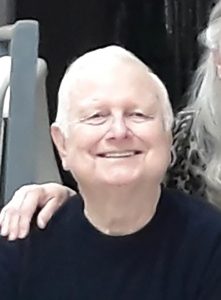 Upon his completion of military service, he began working a job as a janitor and would resiliently complete his career path as a business salesman for the Burlington Northern Santa Fe Railroad. Shortly after being hired by the Santa Fe Railroad, Harry went on a blind date with Helen Eileen Ball. As a result of the immediate love for one another, he married Helen two weeks later on Dec. 31, 1970 in Reno, Nev. During the course of their 49-year marriage, they would have three sons (including one honorary), who would continue to establish their own families and lead successful lives.

During the course of his adult life, Harry would take many into his home in order to provide those with the time and opportunity to live better lives. Harry cared for others deeply and treated many as more than just friends, but family. Harry was a selfless problem solver and was often sought to resolve life’s challenges. His advice and involvement often led to lifelong solutions, which many have benefited from today. Later in his life, Harry sought a life of faith and was baptized in the name of Jesus Christ on June 17, 2017. Harry is survived by his wife Helen Eileen Petty; four sons, Jeffrey Allen Petty (with grandson Devon), James Ian Petty (wife Rikka and grandsons Aidan and Titus), Jeremy Melvin Petty (wife Katie and grandsons Liam and Rowan), Jeremy “Leremy” Lee Petty (wife Kristen and granddaughters Ashley and Danielle); two brothers, David and Dennis; and three sisters, Donna, Yvonne, and Jenett.

A memorial service was held at 10 a.m. on Tuesday, July 14, 2020 at the Woodville Church of the Nazarene, 16711 Avenue 167 Woodville, CA 93258. The burial took place at the Woodville Public Cemetery at Woodville, Calif. immediately following the memorial service. Donations in his memory may be made to the Jesus Assembly Church in Woodville. Arrangements have been made by the Smith Family Chapel, Exeter, CA. Online condolences may be left at SmithFamilyChapel.com.